Science has long dictated that brains don't fossilize, so when Nicholas Strausfeld co-authored the first-ever report of a fossilized brain in a 2012 edition of Nature, it was met with "a lot of flack," he said.

"It was questioned by many paleontologists, who thought — and, in fact, some claimed in print — that maybe it was just an artifact or a one-off, implausible fossilization event,” said Strausfeld, a Regents' Professor in UA's Department of Neuroscience. 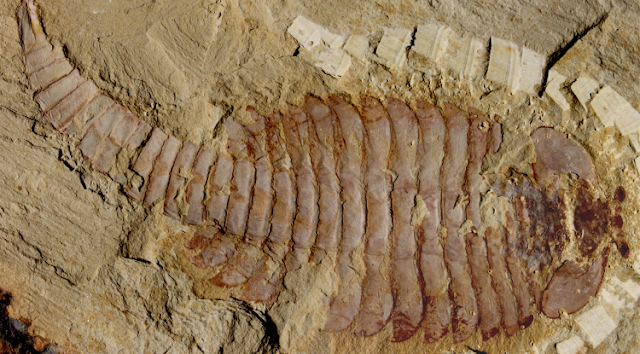 His latest paper in Current Biology addresses these doubts head-on, with definitive evidence that brains do indeed fossilize.

In the paper, Strausfeld and his collaborators, including Xiaoya Ma of China's Yunnan University and Gregory Edgecombe of the Natural History Museum in London, analyze seven newly discovered fossils of the same species to find, in each, traces of what was undoubtedly a brain.

The species, Fuxianhuia protensa, is an extinct arthropod that roamed the seafloor about 520 million years ago. It would have looked something like a very simple shrimp. And each of the fossils — from the Chengjiang Shales, fossil-rich sites in southwest China — revealed F. protensa's ancient brain looked a lot like a modern crustacean's, too.

Tracings of two newly discovered fossilized brains are superimposed upon the original Fuxianhuia protensa sample from 2012. 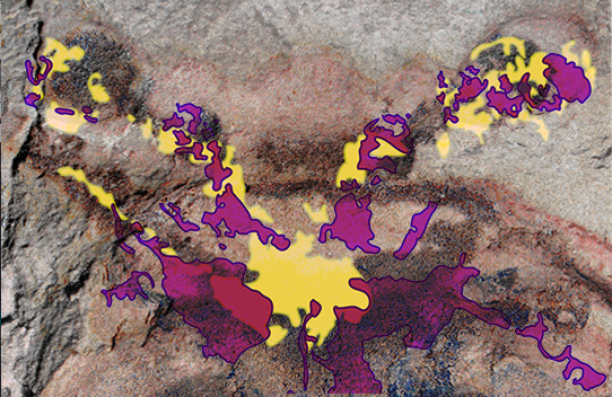 Using scanning electron microscopy, the researchers found that the brains were preserved as flattened carbon films, which, in some fossils, were partially overlaid by tiny iron pyrite crystals. This led the research team to a convincing explanation as to how and why neural tissue fossilizes.

In another recent paper in Philosophical Transactions of the Royal Society B, Strausfeld's experiments uncovered what it probably was about ancient environmental conditions that allowed a brain to fossilize in the first place.

The only way to become fossilized is, first, to get rapidly buried. Hungry scavengers can't eat a carcass if it's buried, and as long as the water is anoxic enough — that is, lacking in oxygen — a buried creature's tissues evade consumption by bacteria as well. Strausfeld and his collaborators suspect F. protensa was buried by rapid, underwater mudslides, a scenario they experimentally re-created by burying sandworms and cockroaches in mud. 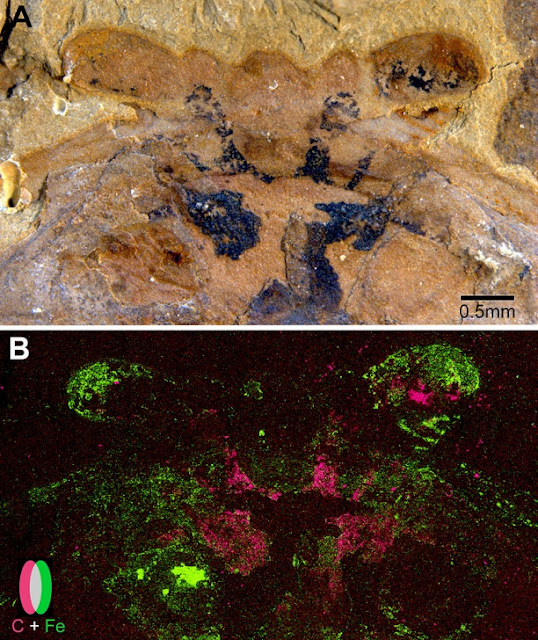 This is step one. Step two, Strausfeld explained, is where most brains would fail: withstanding the pressure from being rapidly buried under thick, heavy mud.

To have been able to do this, the F. protensa nervous system must have been remarkably dense. In fact, tissues of nervous systems, including brains, are densest in living arthropods. As a small, tightly packed cellular network of fats and proteins, the brain and central nervous system could pass step two, as did the sandworm and cockroach brains in Strausfeld's lab.

"Dewatering is different from dehydration, and it happens more gradually," said Strausfeld, referring to the process by which pressure from the overlying mud squeezes water out of tissues. "During this process, the brain maintains its overall integrity leading to its gradual flattening and preservation. F. protensa’s tissue density appears to have made all the difference."

Now that he and his collaborators have produced unassailable evidence that fossilized arthropod brains are more than just a one-off phenomenon, Strausfeld is working to elucidate the origin and evolution of brains over half a billion years in the past.

Contacts and sources:
Emily Litvack
University of Arizona
on November 16, 2015