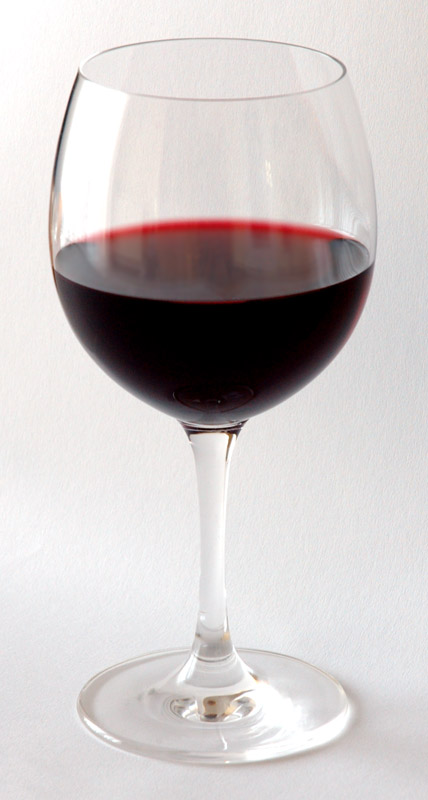 In this first long-term alcohol study, just published in the prestigious Annals of Internal Medicine, the researchers aimed to assess the effects and safety of initiating moderate alcohol consumption in diabetics, and sought to determine whether the type of wine matters.

People with diabetes are more susceptible to developing cardiovascular diseases than the general population and have lower levels of "good" cholesterol. Despite the enormous contribution of observational studies, clinical recommendations for moderate alcohol consumption remain controversial, particularly for people with diabetes, due to lack of long-term, randomized controlled trials, which are the "holy grail" of evidence-based medicine.

The researchers concluded that "initiating moderate wine intake, especially red wine, among well-controlled diabetics, as part of a healthy diet, is apparently safe, and modestly decreases cardio-metabolic risk. The differential genetic effects that were found may assist in identifying diabetic patients in whom moderate wine consumption may induce greater clinical benefit."

Wine of either type (red or white) did not effect change in blood pressure, liver function tests, adiposity, or adverse events/symptoms. However, sleep quality was significantly improved in both wine groups, compared with the water control group. All comparisons were adjusted for changes in clinical, medical and drug therapy parameters occurring among patients during the years of the study.

The two-year CArdiovaSCulAr Diabetes and Ethanol (CASCADE) randomized controlled intervention trial was performed on 224 controlled diabetes patients (aged 45 to 75), who generally abstained from alcohol. They gradually initiated moderate wine consumption, as part of a healthy diet platform, and not before driving. The trial completed with an unprecedented adherence rate of 87 percent after two years.

According to BGU's Prof. Iris Shai, principal investigator of the CASCADE trial, and a member of the Department of Public Health in the Faculty of Health Sciences, "The differences found between red and white wine were opposed to our original hypothesis that the beneficial effects of wine are mediated predominantly by the alcohol. Approximately 150ml of the dry red or white tested wines contained ~17g ethanol and ~120kCal, but the red wine had sevenfold higher levels of total phenols and 4 to 13-fold higher levels of the specific resveratrol group compounds than the white wine. The genetic interactions suggest that ethanol plays an important role in glucose metabolism, while red wine's effects additionally involve non-alcoholic constituents. Yet, any clinical implication of the CASCADE findings should be taken with caution with careful medical follow-up."

The study was performed in collaboration with Prof. Meir Stampfer from Harvard University, USA, and with colleagues from University of Leipzig, Germany and Karolinska Institute, Sweden.

In the new study that followed the research group's three-month alcohol pilot RCT findings (Shai I, et al., Diabetes Care 2007), the patients were randomized into three equal groups according to whether they consumed a five-ounce serving (150ml) of mineral water, white wine or red wine with dinner every night for two years. Wine and mineral water were provided free of charge for the purposes of the study. Compliance with alcohol intake was tightly monitored, with patients returning their empty wine bottles and receiving their new supplies. All groups followed a non-calorie-restricted Mediterranean diet (following the group's previous two-year dietary RCT findings; Shai I, et al., NEJM 2008). Adherence was monitored using several validated assessment tools.

During the study, subjects underwent an array of comprehensive medical tests, including continuous monitoring of changes in blood pressure, heart rate and blood glucose levels, and follow-up for the dynamic of atherosclerosis and fat by ultrasound and MRI tests.

Contacts and sources:
Andrew Lavin
Ben-Gurion University of the Negev
on October 13, 2015