Wildfire history over the past 2,000 years in Colorado's mountains indicates that large fires will continue to increase in a warming climate, according to results of a new study.

"Even modest regional warming trends, like those we are currently experiencing, can cause exceptionally large areas of the Rockies to be burned by wildfires," says scientist John Calder of the University of Wyoming.

The frequency of large fires has changed over past millennia, scientists have found. 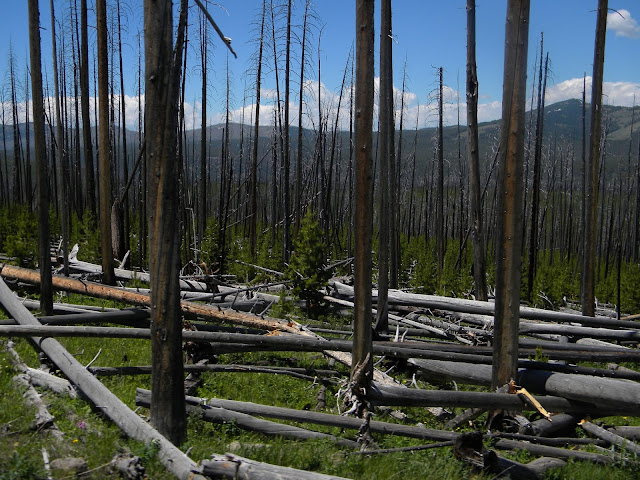 The findings are published this week in the journal Proceedings of the National Academy of Sciences (PNAS).

The paper, "Medieval warming initiated exceptionally large wildfire outbreaks in the Rocky Mountains," is co-written by University of Wyoming researchers Dusty Parker, Cody Stopka and Bryan Shuman, along with scientist Gonzalo Jimenez-Moreno of the University of Granada in Spain.

"This project demonstrates the significance of historical records in addressing current issues," says Thomas Baerwald, National Science Foundation (NSF) program director for Geography and Spatial Sciences, which funded the research. "Scientists are working to understand the complex interactions among climate, vegetation, land use, fire and other factors. The insights gained from such relationships in the past can provide new insights for understanding these processes today."

Calder, Shuman and colleagues examined charcoal deposits in 12 lakes in and near the Mount Zirkel Wilderness of northern Colorado, finding that wildfires burned large portions of the area during a documented spike in temperatures in North America starting about 1,000 years ago.

That period, known as the Medieval Warm Period (MWP), lasted about 300 years during which temperatures rose just under 1 degree Fahrenheit. A single degree might not seem like much, but it can have a huge effect on the potential for wildfires.

Temperature increases over the past few decades have been comparable to those of the MWP, resulting in some of the largest wildfires in U.S. history.

Since the mid-1980s, starting with large fires in Yellowstone National Park in 1988, the frequency of large wildfires in the American West has increased.

Lake-bottom sediments were sampled at Lake Eileen in Colorado to study charcoal from past fires. 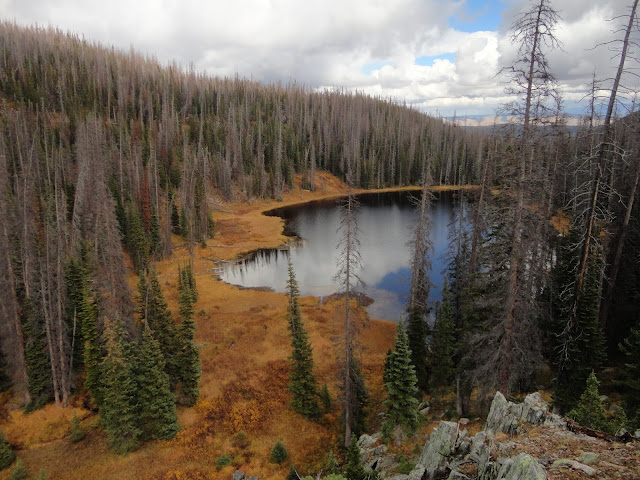 If the warming trend continues as projected, the fires of recent years could be just the start of more extensive and devastating blazes, the researchers say.

The study looked at how often large areas burned in the past 2,000 years. Results show that other than the 20th century, the only time when fires burned substantially more area was during the MWP.

"When we look back in time, we only see evidence of large areas burning one time in the last 2,000 years," Calder says. "This suggests large wildfires of the magnitude we've recently seen used to be very infrequent."

The researchers estimate that 83 percent of their 385-square-mile study area burned at the beginning of the MWP when the climate warmed 0.9 degrees.

By comparison, the average increase in temperature in the Rocky Mountain region since 2000 has been about 1.25 degrees higher than during the 20th century.

The Seven Lakes study site in the Mount Zirkel Wilderness Area also has charcoal from past fires. 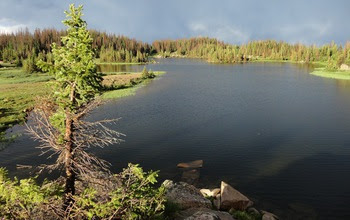 "Using Yellowstone fire history as a baseline for comparison, our minimum estimate of 50 percent of Mount Zirkel sites burned within a century at the beginning of the MWP exceeds any century-scale estimate of Yellowstone burning for the past 750 years," the scientists write in their paper.

Over the century that led up to and included the massive 1988 fires, only about 30 percent of Yellowstone burned.

"The large increase in the number of sites burned by fires during the MWP highlights the risk that large portions of individual landscapes may burn as the climate continues to warm today," the researchers conclude.