Electric Eel: Most Remarkable Predator in the Animal Kingdom

The electric eel may be one of the most remarkable predators in the entire animal kingdom.

That is the conclusion of Kenneth Catania, Stevenson Professor of Biological Sciences at Vanderbilt University, who has spent the last three years studying the way this reclusive South American fish uses electric fields to navigate through the muddy waters of the Amazon and Orinoco basins where it lives, locate hidden prey and stun them into submission. 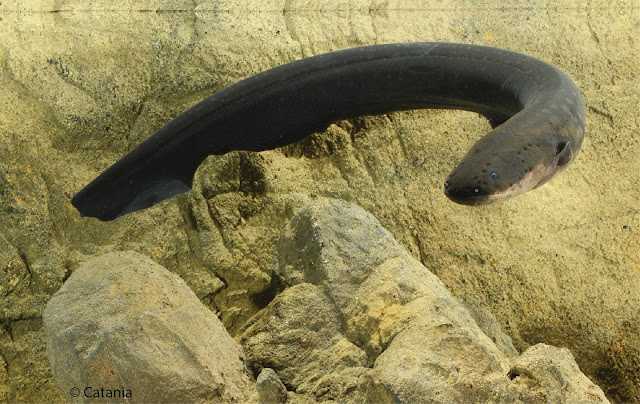 Electric eels can grow to lengths exceeding eight feet and weights of more than 44 pounds. Over two thirds of the eel's body is filled with specialized cells called electrocytes that store electricity like small biological batteries. When the eel is threatened or attacking prey, these cells discharge simultaneously, emitting electrical discharges of at least 600 volts, five times the voltage of a standard U.S. wall socket.

"Historically, electric eels have been viewed as unsophisticated, primitive creatures that have a single play in their playbook: shocking their prey to death," said Catania. "But it turns out that they can manipulate their electric fields in an intricate fashion that gives them a number of remarkable abilities."

One of the biologist's latest discoveries, reported in the Oct. 29 issue of the journal Current Biology, is that the eels have a special maneuver that allows them to double the electrical shock that they can deliver to particularly large or difficult prey.

This movie shows how the electric eel uses a curling maneuver to concentrate its electric field on its prey.

The eel's electrical system essentially provides it with a wireless Taser that it uses to stun its prey. In a study published last year, Catania reported that the eels produce three different kinds of electrical discharges: low-voltage pulses for sensing their environment; short sequences of two or three millisecond, high-voltage pulses given off while hunting; and volleys of high-voltage, high-frequency pulses when the eel is capturing prey or defending itself. In a series of experiments he showed that the electrical pulses the eel produces do not act on the muscles themselves but on the nerves that control the prey's muscles. This produces strong, involuntary muscle contractions.

What particularly fascinates the biologist is that the eel's electrical system gives it what is essentially remote control over its prey's muscles. "I don't know of any other animal that can literally take control of the body of another animal like this," said Catania.

Normally, the eel subdues smaller feeder fish by swimming into their vicinity and then blasting them with a volley of Taser-like pulses. This causes whole-body muscle contractions, temporarily paralyzing the prey. If, for some reason, the eel doesn't immediately grab the fish in its mouth, its victim will usually recover and swim away without any apparent damage. 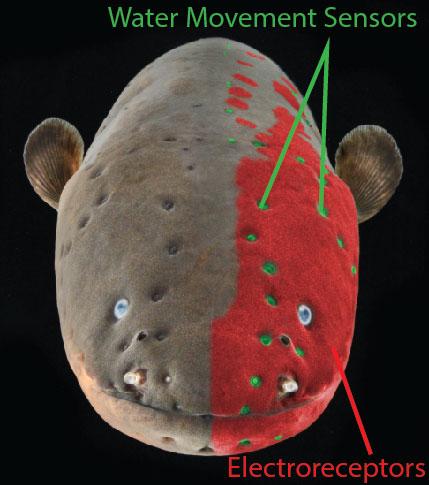 More recently Catania discovered that the eel had a second attack mode when it realized it was facing bigger, more difficult prey like large crayfish. In this case, the eel begins by biting its prey. Then it curls its tail around the body of its prey until the tail lies directly across the body from the eel's head. Then the eel greatly increases the rate of its high-voltage electrical pulses.

This behavior had been observed before, but no one had offered an explanation. Catania realized that the maneuver brings the positive pole of the eel's electric organ, which is located in its head, in close to proximity to its negative pole, located in its tail. By bring the two poles close together, with the prey sandwiched in between, the eel increases the amount electric charge that it delivers to its victim, he realized. So he designed some experiments to measure this effect and found that it more than doubled the strength of the electrical pulses that the prey received.

Like the Taser-like pulses, the strengthened discharges act on the nerves that control the prey animal's muscles. But Catania's studies found that the increased power and high pulse rate had an additional effect: It drives the prey muscles so fast and hard that they suffer from profound muscle fatigue.

"The prey animals are completely paralyzed," said Catania. "The effect is comparable to administering a dose of a paralytic agent like curare."

Another example of how the eel benefits from this remote control capability is its use of doublets and triplets - short sequences of two or three millisecond, high-voltage pulses that the eels give off while hunting.

It took Catania an extended period of investigation and observation to figure out the purpose of these signals. He finally realized that the pulses were being produced at precise frequencies that induce whole body muscle spasms.

"One of the eel's major problems is finding prey in the first place," said Catania. "Their environment in the Amazon is filled with muddy water and all kinds of vegetation that give fish a lot of places to hide. So, as the eel glides along, it emits a doublet or triplet. If there is a fish hiding nearby, then its body will spasm and the spasm will generate pressure waves in the water. Although the electric eels can't see very well, they are very good at detecting water movement. So this reveals the position of its next meal."

Catania has also discovered that the eel uses its high-voltage electric discharges as a high-precision radar system that allows it to track fast-moving prey.

For some time, biologists have known that electric fish, in general, and electric eels, in particular, use a low-voltage electric field for navigation. In an article published online by Nature Communications on Oct. 20, Catania reported that the electric eel has a secondary use for its high-voltage electrical system: to track fast-moving prey.

The eel needs a way to keep track of the location of its prey after it is stunned. By designing a series of experiments that preventing the eels from using other sensory cues, Catania showed that the eels used feedback from their high-voltage volleys to zero in on the position of their prey.

"This dual use of the high-voltage system as both a weapon and a sensory system indicates that the eels' hunting behavior is far more sophisticated than we have thought," said Catania.