Discovery of the Earliest Known Draft of the King James Bible

Dr. Jeffrey Miller, assistant professor of English and John Milton scholar, loves to spend time in literary archives. Late last summer, time spent in the stacks reaped a major reward: the discovery of a fragment of the King James Bible, composed in the hand of Samuel Ward, sometime sometime between 1604 and likely the end of 1608. This discovery, verified by leading scholars in the field, was announced by Dr. Miller in the Times Literary Supplement, the leading literary and cultural weekly.

The Samuel Ward draft, found in the archives of the University of Cambridge’s Sidney Sussex College, reveals the complex interplay of individual and group translation involved in the composition of the King James Bible, as well as its close connection to the previous English translation known as the Bishops’ Bible. It also helps to illuminate the role that Hebrew, Greek and Latin played in shaping the King James Bible’s iconic English.

Dr. Miller notes that he wasn’t exactly looking for the draft, as it wasn’t known to exist. Rather, he had been asked to write an essay about the King James Bible translator Samuel Ward, whom Dr. Miller had studied in connection with his scholarship on John Milton. Knowing that a lot of Ward’s old manuscript notebooks survived in the archives of Sidney Sussex College, Dr. Miller spent days reviewing reams of notebooks. 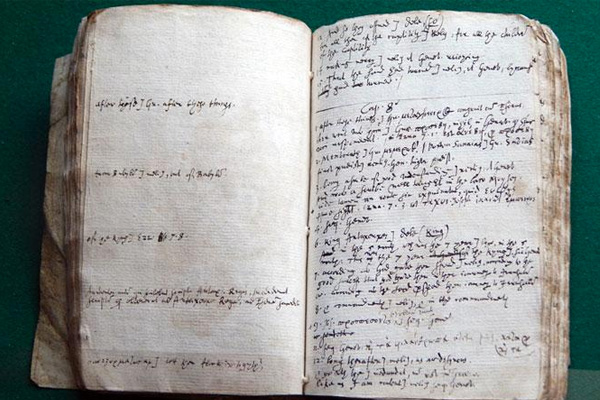 The draft, originally catalogued as “verse-by-verse biblical commentary,” was not immediately identified as part of the King James Bible, and it was only after recognizing which English translation of the Bible that Ward was using that “the manuscript’s true significance suddenly came into focus.” Dr. Miller’s full treatment and explanation of this discovery is being published as a chapter in The King James Bible: The Scholarly Context (edited by Mordechai Feingold for Brill).

For Biblical scholars, and perhaps even the more casual reader of the Bible, Dr. Miller’s work “points the way to a fuller, more complex understanding” of what would become not just the most enduring English translation of the Bible, but the most widely read work of English literature of all time. Among other things, as Dr. Miller writes in the TLS, the discovery of Ward’s draft shows that the King James Bible "may be far more a patchwork of individual translations – the product of individual translators and individual companies working in individual ways – than has ever been properly recognized.” 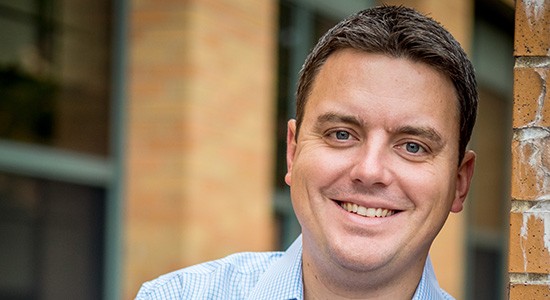