The first study to measure the incidence of medication errors and adverse drug events during the perioperative period - immediately before, during and right after a surgical procedure - has found that some sort of mistake or adverse event occurred in every second operation and in 5 percent of observed drug administrations. 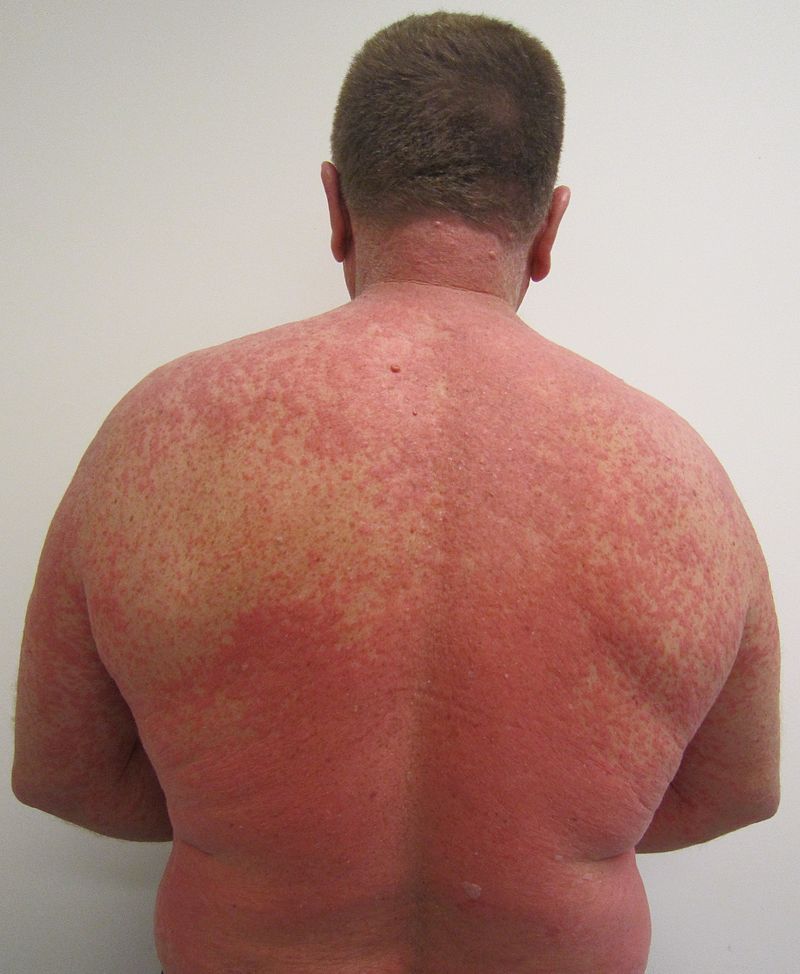 Credit: James Heilman, MD/Wikimedia Commons
The study of more than 275 operations at Massachusetts General Hospital (MGH), which will appear in Anesthesiology, the official medical journal of the American Society of Anesthesiologists, also found that a third of the errors resulted in adverse drug events or harm to patients. The report is being published online to coincide with a presentation at the ANESTHESIOLOGY® 2015 annual meeting in San Diego.

Nanji explains that, while drug orders on inpatient floors go through a process in which they are checked several times by different providers - the ordering physician, pharmacist and nurses administering the medications - the rapidity with which the condition of patients in the operating room can change doesn't allow time for that sort of double- and triple-checking during surgical procedures. Although operating rooms at MGH and other hospitals have installed electronic documentation and bar-coded syringe labeling systems to reduce errors, in other patient care the measures that have cut errors areas have all started with a rigorous analysis of the incidence and type of errors that were occurring.

To conduct such an analysis for perioperative settings, four specially trained members of the research team observed 225 anesthesia providers - anesthesiologists, nurse anesthetists, and resident physicians - during 277 randomly selected operations conducted at the MGH from November 2013 to June 2014. From the time a provider took responsibility for a patient in the preoperative area until the patient arrived in the recovery room or intensive care unit, the observers documented every medication administration, including any medication errors - defined as any kind of mistake in the process of ordering or administering a drug - or adverse drug event - harm or injury to a patient related to a drug, whether or not it was caused by an error.

To catch events not apparent to the observers and to confirm that the events they flagged were actually errors, team members also reviewed chart data from the hospital's anesthesia information management system for all patients whose care had been observed. The study team met weekly to review the recorded events, determine whether or not they constituted true medication errors or adverse drug events, and classify events as to their severity and whether or not they could have been prevented.

The most frequently observed errors were mistakes in labeling, incorrect dosage, neglecting to treat a problem indicated by the patient's vital signs, and documentation errors. Of all the observed adverse drug events and the medication errors that could have resulted in patient harm - four of which were intercepted by operating room staff before affecting the patient - 30 percent were considered significant, 69 percent serious and less than 2 percent life-threatening; none were fatal. The overall medication error rate of around 5 percent was the same among anesthesiologists, nurse anesthetists and residents. Medication errors and adverse drug events were more common with longer procedures, especially those lasting longer than six hours and involving 13 or more medication administrations.

"While the frequency of errors and adverse events is much higher than has previously been reported in perioperative settings, it is actually in line with rates found in inpatient wards and outpatient clinics, where error rates have been systematically measured for many years," says Nanji. "We definitely have room for improvement in preventing perioperative medication errors, and now that we understand the types of errors that are being made and their frequencies, we can begin to develop targeted strategies to prevent them. We already have an electronic anesthesia management and documentation system for medications, patient vital signs and other events occurring in the operating room; and our next step will be to design more comprehensive decision support to further reduce the incidence of errors in the perioperative setting, something that I suspect the MGH will be one of the first centers to have in place."

"This study is especially valuable because it looked in a detailed way into medication errors in the operating room, where many of the safety strategies used in other settings have not yet been adopted, and used trained observers to document these errors," added study senior author David Bates, MD, MSc, of the Department of Medicine at Brigham and Women's Hospital. "The operating room has been a hard environment to evaluate, but we used observers familiar with anesthetic care to do the observation."

Nanji is an assistant professor of Anæsthesia, and Bates is a professor of Medicine at Harvard Medical School. Additional co-authors of the Anesthesiology report are Amit Patel, MD, and Sofia Shaikh, MGH Department of Anesthesia; and Diane Seger, RPh, Partners HealthCare System. The study was supported by the Doctors Company Foundation and National Institute of General Medical Sciences grant T32 GM007592.