The Cyclists Most Likely To Die in an Accident

A study by researchers at the University of Granada has demonstrated that mortality among cyclists varies widely depending on the age and sex of the population. Male cyclists, above all those aged between 15 and 24 years, are more likely to die than adults (25-34 years), which could be explained by their greater exposure and risk of having an accident. 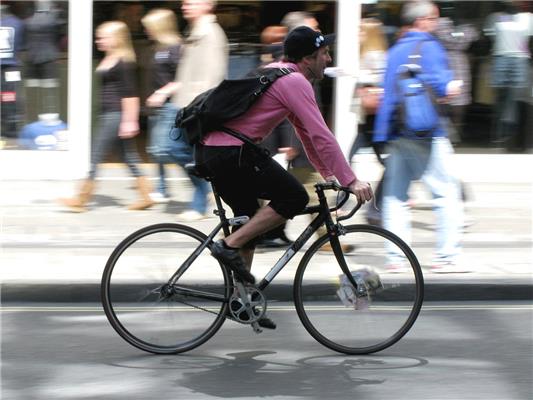 In recent years, there has been an increase in the use of bicycles in Spain both as a sport and as a means of urban transport. Clearly a corollary of this may be the greater number of accidents, or even deaths, among cyclists, especially in a country like Spain, where until a few years ago, cycling was relatively unpopular. In fact, 2013 saw an increase in the number of cyclists killed following accidents in urban areas by comparison with 2012.

Hence, the authors of this study–from the Department of Preventative Medicine and Public Health of the University of Granada–set out to determine the contribution of certain components to mortality among cyclists (deaths/population). The three components were: exposure (cyclists/population), risk of collision (cyclists involved in accidents/cyclists) and fatality (cyclists killed/cyclists injured).

The scientists analysed the records of 50,042 cyclists involved in traffic accidents in Spain between 1993 and 2009 which included information on age and sex, obtained from the Spanish Register of Road Crashes with Victims provided by the Directorate General for Traffic.

Based on their analysis using statistical software, they were able to quantify the association of age and sex with mortality among cyclists, as well as determining the contribution of each component to the mortality of a cyclist of a given age and sex.

The results showed that the excessive mortality corresponding to older cyclists (35-79 years) is only related to greater fatality, that is, the greater risk of dying if involved in an accident. In all age groups, male sex was associate with greater mortality than female sex, principally in relation with greater exposure and, in second place, with greater fatality.

The lead author of this research, Virginia Martínez-Ruiz, says that knowing what we now know "could be useful in helping develop road traffic policies oriented towards cutting mortality among cyclists, as well as implementing measures, educational or otherwise, aimed at high-risk cyclists like, for example, 15-24 year-old males".