An accidental find of a collection of young red dwarf stars close to our solar system could give us a rare glimpse of slow-motion planet formation.

Astronomers from The Australian National University (ANU) and UNSW Canberra found large discs of dust around two of the stars, tell-tale signs of planets in the process of forming.

This is an artist's impression of red dwarf star with a gas giant planet. 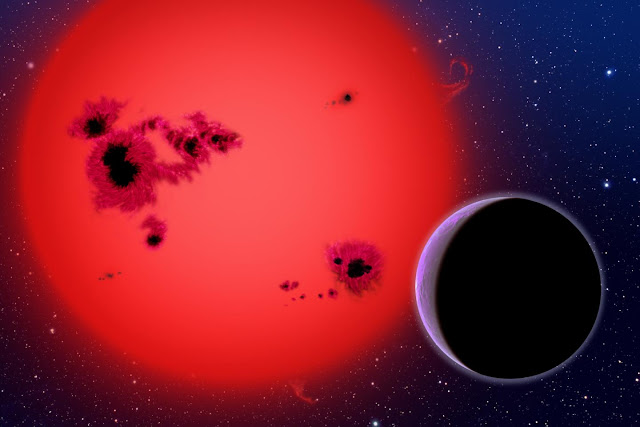 "We think the Earth and all the other planets formed from discs like these so it is fascinating to see a potential new solar system evolving," said the lead researcher Dr Simon Murphy, from the ANU Research School of Astronomy and Astrophysics.

"However, other stars of this age usually don't have discs any more. The red dwarf discs seem to live longer than those of hotter stars like the Sun. We don't understand why," said Dr Murphy.

"It suggests the planet forming process can endure a lot longer than previously thought," he said

This is an artist's impression of a disc forming into a solar system around a red dwarf. 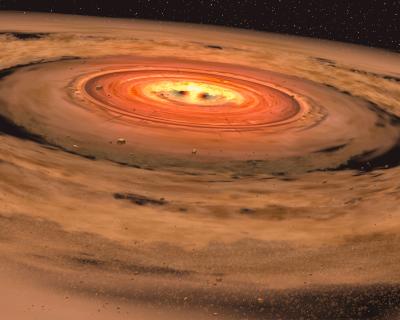 The red dwarves may also host planets that have already formed from the dusty discs, Dr Murphy said.

"I think a lot of telescopes will be turned toward them in the next few years to look for planets."

The giveaway that the red dwarves had discs around them was an unusual glow in the infrared spectrum of the stars.

Although the discs were not observed directly, Dr Murphy said such close red dwarves offered a good chance of catching a rare direct glimpse of a disc, or even a planet, by employing specialised telescopes.

"Because they are fainter than other stars and there is not as much glare, young red dwarves are ideal places to directly pick out recently formed planets," he said.

This image shows the location of one of the red dwarves, 2M1239-5702, near the Southern Cross. 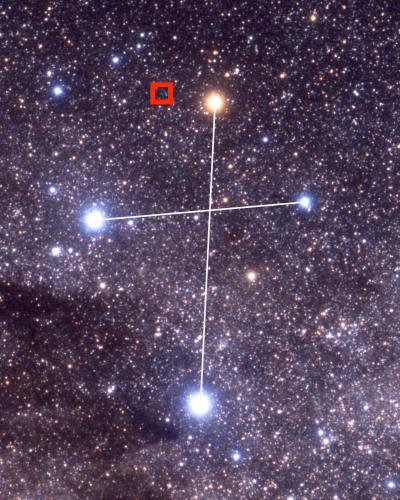 Our ability to detect these dim stars has improved dramatically in recent decades, revealing a wealth of information, said Professor Lawson.

"Less than 20 years ago, the notion that the nearest part of the Galaxy would be littered with young stars was a completely novel one," he said.

"Most of these objects lie in the southern sky and thus are best accessed by telescopes in the southern hemisphere, including those operated by the ANU and Australia more broadly."

The research is published in the Monthly Notices of the Royal Astronomical Journal.