"Again I tell you, it is easier for a camel to go through the eye of a needle than for someone who is rich to enter the kingdom of God." Matthew 19:24.

For a newly discovered and nearly microscopic snail passing through the eye of a needle is no problem.

Perhaps the world's smallest land snail species, Angustopila dominikae, in the eye of a sewing needle. 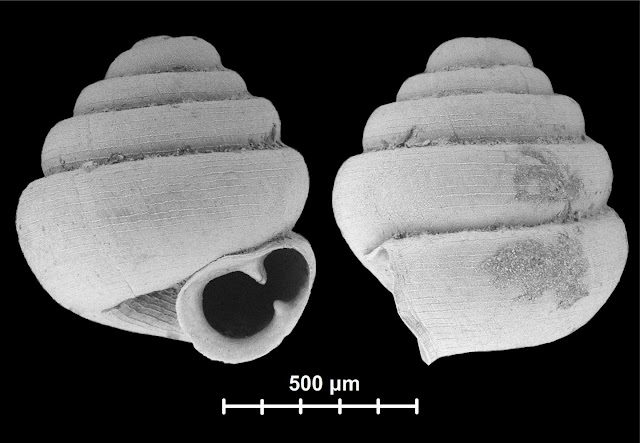 The single known shell of Angustopila dominikae, named after the wife of the first author, was measured a mere 0.86 mm in shell height. Thus, it is considered to be perhaps the World's smallest land snail species when focusing on the largest diameter of the shell. With very few reported instances of species demonstrating this degree of tininess, the team have described a total of seven new land snail species in their paper, published in the open access journal ZooKeys.
Another of the herein described new species, called Angustopila subelevata, measured 0.83-0.91 mm (mean = 0.87 mm) in height.

Two of the authors have previously described other species of tiny land snails from China andKorea in the same journal.
New snail species, Angustopila subelevata, measuring from 0.83 to 0.91 mm in shell height of different specimens (average of 0.87 mm). 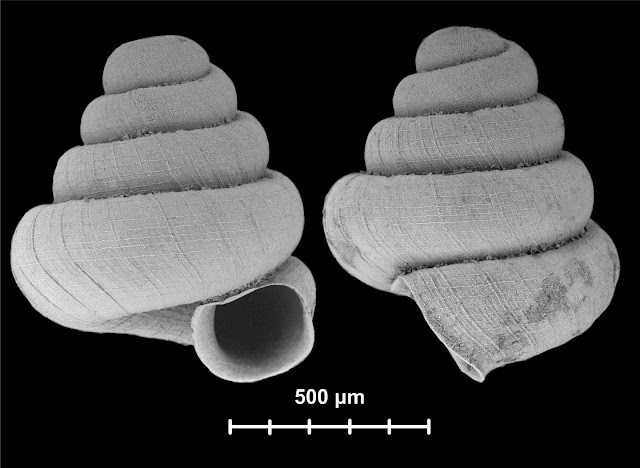 In their present paper, Dr. Pall-Gergely and his team also discuss the challenges faced by scientists surveying small molluscs, since finding living specimens is still very difficult. Thus, the evolutionary relationships between these species, as well as the number of existing species are yet little known.

"Extremes in body size of organisms not only attract attention from the public, but also incite interest regarding their adaptation to their environment," remind the researchers. "Investigating tiny-shelled land snails is important for assessing biodiversity and natural history as well as for establishing the foundation for studying the evolution of dwarfism in invertebrate animals."

"We hope that these results provide the taxonomic groundwork for future studies concerning the evolution of dwarfism in invertebrates," they finished up.