The high frequency and magnitude of volcanic eruptions could have been the cause of the progressive cooling of ocean surfaces over a period of 1,800 years. This is made apparent in an international study published recently in the journal Nature Geoscience, involving researcher P. Graham Mortyn of the Institute for Environmental Science and Technology (ICTA-UAB) and the UAB Department of Geography. 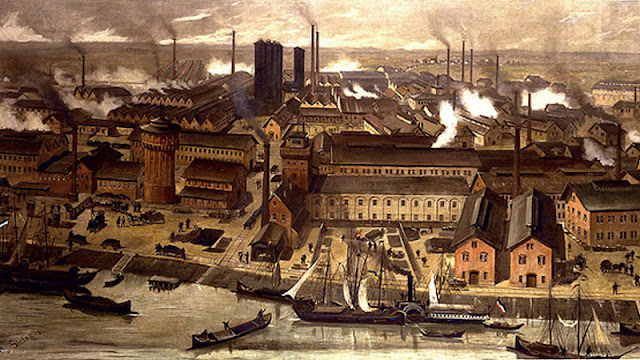 The study emphasises that this trend came to an end with the beginning of the Industrial Revolution and the resulting global warming caused by human activity. It further shows that the lowest temperatures in the first 1,800 years of the Common Era were recorded between the 16th and the 18th centuries, a period known as the "Little Ice Age".

Earlier research had already shown that volcanic explosions cause the atmosphere to cool. The present study demonstrates that the oceans can absorb and capture more heat than the atmosphere over longer periods of time, thus attenuating global temperature changes in the short term. These alterations in temperature can be prolonged when the volcanic eruptions are concentrated into a short space of time.

These findings bring a new perspective to the study of regional and global variations in ocean-surface temperature over the centuries, before the appearance of anthropogenic (human activity-induced) climate change.

The researchers combined, for the first time, 57 previous works on sea-surface temperature changes, which are calculated from fossil remains extracted from oceans all over the world, from the Poles to the Tropics. The results were compared with data from terrestrial indicators, such as tree rings or ice cores. These revealed a similar cooling trend.

To investigate the causes of this cooling – more robust between the years 800 and 1800 – they used climate models and they examined how the ocean surface reacted to factors like solar activity, changes in the Earth's orbital patterns, land use, greenhouse gases and volcanic activity. The last of these proved to be of importance. In order to analyse long-term trends, the team grouped the data into periods of 200 years.

P. Graham Mortyn is a member of the Ocean2k group within PAGES (Past Global Changes), which has over 75 members connected to a network of close on 600 highly-experienced scientists. Mortyn lays emphasis on how this group worked with data from previous publications available to the public and archived databases that meet extremely strict criteria, and how they made regular use of Skype conferencing, shared Google documents and other innovative technological resources.

The researchers point out that understanding how these factors caused changes in ocean temperature in the past could give us an insight into future changes in climate.