Two recently published studies in the journals Age and the British Journal of Nutrition (BJN)demonstrate that consuming cocoa flavanols improves cardiovascular function and lessens the burden on the heart that comes with the ageing and stiffening of arteries. The studies also provide novel data to indicate that intake of cocoa flavanols reduces the risk of developing cardiovascular disease (CVD).

As we age, our blood vessels become less flexible and less able to expand to let blood flow and circulate normally, and the risk of hypertension also increases. Arterial stiffness and blood vessel dysfunction are linked with cardiovascular disease -- the number one cause of deaths worldwide. "With the world population getting older, the incidence of cardiovascular disease, heart attacks and stroke will only increase," says Professor Malte Kelm, Professor of Cardiology, Pulmonary Diseases and Vascular Medicine at University Hospital Düsseldorf and Scientific Director of FLAVIOLA. "It is therefore pivotal that we understand the positive impact diet can have on cardiovascular disease risk. As part of this, we want to know what role flavanol-containing foods could play in maintaining the health of the heart and blood vessels." 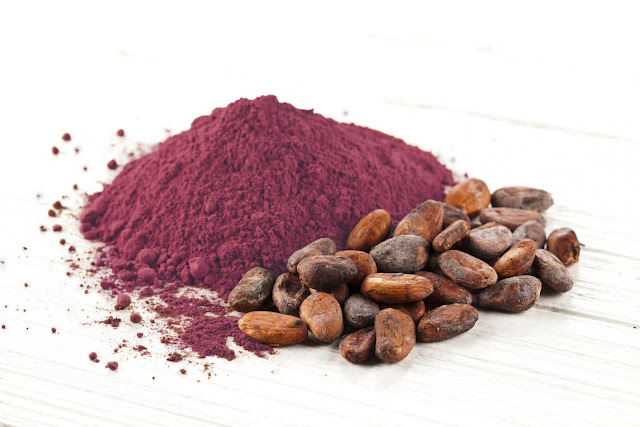 Cocoa flavanols are plant-derived bioactives from the cacao bean. Dietary intake of flavanols has been shown to have a beneficial effect on cardiovascular health but the compounds are often destroyed during normal food processing. Earlier studies have demonstrated that cocoa flavanol intake improves the elasticity of blood vessels and lowers blood pressure -- but, for the most part, these investigations have focused on high-risk individuals like smokers and people that have already been diagnosed with conditions like hypertension and coronary heart disease. These two studies in Age and BJN are the first to look at the different effects dietary cocoa flavanols can have on the blood vessels of healthy, low-risk individuals with no signs or symptoms of cardiovascular disease.

Improving cardiovascular health and lowering the risk of CVD

In the second study, published in BJN, the researchers extended their investigations to a larger group (100) of healthy middle-aged men and women (35-60 years) with low risk of CVD. The participants were randomly and blindly assigned into groups that consumed either a flavanol-containing drink or a flavanol-free control drink, twice a day for four weeks. The researchers also measured cholesterol levels in the study groups, in addition to vasodilation, arterial stiffness and blood pressure.

"We found that intake of flavanols significantly improves several of the hallmarks of cardiovascular health," says Professor Kelm. In particular, the researchers found that consuming flavanols for four weeks significantly increased flow-mediated vasodilation by 21%. Increased flow-mediated vasodilation is a sign of improved endothelial function and has been shown by some studies to be associated with decreased risk of developing CVD. In addition, taking flavanols decreased blood pressure (systolic by 4.4 mmHg, diastolic by 3.9 mmHg), and improved the blood cholesterol profile by decreasing total cholesterol (by 0.2 mmol/L), decreasing LDL cholesterol (by 0.17 mmol/L), and increasing HDL cholesterol (by 0.1 mmol/L).

The combined results of these studies demonstrate that flavanols are effective at mitigating age-related changes in blood vessels, and could thereby reduce the risk of CVD in healthy individuals. The application of 10-year Framingham Risk Scores should be interpreted with caution as the duration of the BJN study was weeks not years and the number of participants was around 100, not reaching the scale of the Framingham studies. That being said, Professor Kelm comments that "the reduction seen in risk scores suggests that flavanols may have primary preventive potential for CVD." Other longer-term studies, such as the 5-year COcoa Supplement and Multivitamin Outcomes Study (COSMOS) of 18,000 men and women, are now underway to investigate the health potential of flavanols on a much larger scale.