When it comes to climate change, it's rare to get any good news. But a researcher who's reported evidence in the Cell Press journal Current Biology on September 21, after more than two decades of study, has some: the loss of sea ice over Antarctic waters in some areas has led to the increased growth of creatures living on the seafloor. Those underwater assemblages are acting as an important and unexpected carbon sink.

This image shows Captain Scott, who got collection of key bryozoans off to an early start. 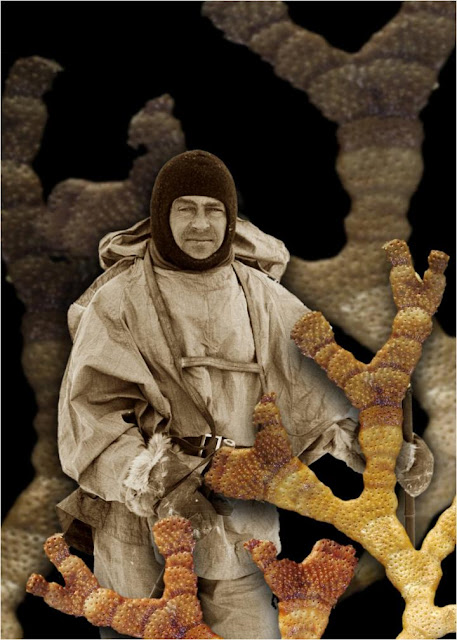 "It was a surprise that life had been invisibly responding to climate change for more than a decade below one of the most obviously visible impacts of climate change: the 'blueing' poles," says David Barnes of the British Antarctic Survey (BAS). "We've found that a significant area of the planet--more than three million square kilometers--is a considerable carbon sink and, more importantly, a negative feedback on climate change."

In fact, most of the known consequences of climate change have made matters worse instead of better. For example, Barnes says, as the polar climate warms, sea ice melts. As sea ice has melted, the Earth's surface has turned from reflective white to a much darker blue at the poles, absorbing more heat and melting even more ice.

Scientists knew that arctic forests and new algal blooms where ice shelves disintegrated were, to some extent, working against climate change. They now say, based on studies of West Antarctic bryozoans--organisms sometimes referred to as "moss animals"--that other organisms living on the seafloor "could be more important than both" when it comes to accumulating and burying carbon.

Antarctica has not experienced a net loss of sea ice in the way the Arctic has. The ice has melted over more-productive continental shelves as ice has formed over less-productive, deeper waters. In the new study, Barnes and his colleagues collected specimens across West Antarctic seas and used high-resolution images to calculate the density of life on the seabed.

This photo shows an icefish swimming over bryozoans on the Weddell Seabed. 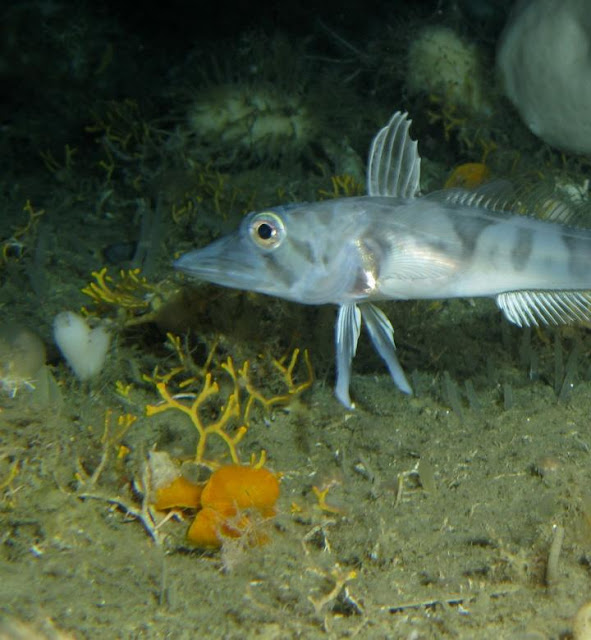 The data, collected over more than 20 years, reveals strong increases in annual production of shelf seabed carbon in the bodies of West Antarctic bryozoans. The researchers calculate that growth of the bryozoans has nearly doubled, with the animals taking in more than 2 ? 105 tons of carbon per year since the 1980s. Extrapolating from the data to account for other undersea species suggests an increased drawdown of carbon of about 2.9 ? 106 tons per year, equivalent to about 50,000 hectares of tropical rainforest. Even better is the suggestion that this carbon may be more likely to become trapped and buried at the bottom of the ocean, given the depth of the polar continental shelves.

Barnes says that the surprising differences in the amount of carbon taken up in different regions in Antarctica linked closely to the sea ice losses at each location. In more encouraging news, they found that the South Orkney Islands--the world's first High Seas Marine Protected Area--"is bang on a carbon hotspot, without us realizing!"

A new international, BAS-lead scientific cruise to the South Orkney Islands MPA in early 2016 should give researchers a close-up look at why that particular location is so important. More generally, the findings are a reminder of the importance of ocean life for understanding our changing climate.

"The forests you can see are important with respect to the carbon cycle and climate change, but two-thirds of our planet is ocean, and below it the life you can't see is also very important in climate responses as well," Barnes says.

It will now be important to find out whether similar things are happening in the Arctic.

This research was supported by the Darwin Initiative and the Pew Charitable Trusts.