Scream If You Must

An international team of neuroscientists from the Max Planck Institute for Empirical Aesthetics, New York University and the University of Geneva has proved the uniqueness of screams for the first time. In a study, they discovered that screams possess very special acoustic properties: This makes them a specific type of vocal expression which is only used in stressful and dangerous situations. 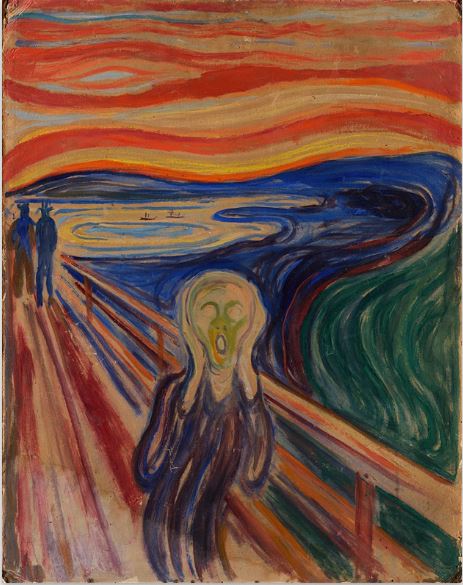 "Everybody screams and everybody has an intuition about what constitutes screams--that they are loud and high-pitched," says David Poeppel, the paper's senior author and a professor in NYU's Department of Psychology and Center for Neural Science. "But neither turns out to be quite correct. In fact, screams have their own acoustic niche separate from other sounds. While, like some sounds, they may be high-pitched and loud, screams are modulated in a particular way that sets them apart from the rest."

In several studies, which have now been published in the journal Current Biology and carried out by Poeppel together with Adeen Flinker, his colleague from New York, and Luc Arnal, Andreas Kleinschmidt and Anne-Lise Giruad from the University of Geneva, the researchers discovered a special acoustic trait only exhibited by screams.

"Screams have a trait called 'roughness'. Roughness occurs when screams obtain a temporal structure due to change of amplitude or frequency. If these changes happen very quickly, the ear is no longer able to 'break down' these temporal changes - such sounds are then perceived as rough and unpleasant. Normal speech has a modulation rate of around 4 to 5 Hz, but for roughness the rate is between 30 and 150 Hz - the temporal changes are therefore significantly faster."

In one study, the researchers created a bank of sounds containing many different types of human vocalizations (screams and sentences) and artificial sounds (the sound of an alarm). Here they found that both the screams and the artificial alarm sounds and dissonant intervals, such as a "mistuned fifth," fell into the roughness domain (30-150 Hz) - a finding that suggests alarm manufacturers have effectively captured the modulation of a human scream.

These results were supported by laboratory experiments in which one group of subjects, which included men and women, recorded a series of sounds: screams, screamed sentences ("It's right behind you!"), meaningless vocalizations ("aahhhhhh"), and normally spoken sentences. As with the earlier findings, both screams and screamed sentences occupied the "roughness domain" while the other sounds did not.

In an effort to further confirm the findings, the researchers had another group of subjects listen to these sounds (e.g. screams and alarms) and indicate which seemed "alarming." Their results showed that subjects rated the screams and alarm sounds as more disturbing the higher the rating on the roughness scale.

Finally, in order to see how these sounds are processed, the researchers monitored the brain activity - using functional magnetic resonance imaging (fMRI) - of the study's subjects while they listened to these sounds. For both the screams and the alarm sounds, the subjects showed increased activity in the amygdala, which is the region of the brain used for processing and remembering fear.

"As a whole, our findings show that screams occupy a privileged acoustic niche that ensures their biological and ultimately social efficiency - we use them only when we need them," observed Poeppel.