A newly identified species of dinosaur is the largest ever discovered to have a well-preserved set of bird-like wings, research shows.

Paleontologists working in China unearthed the fossil remains of the winged dinosaur - a close cousin of Velociraptor, which was made famous by the Jurassic Park films. 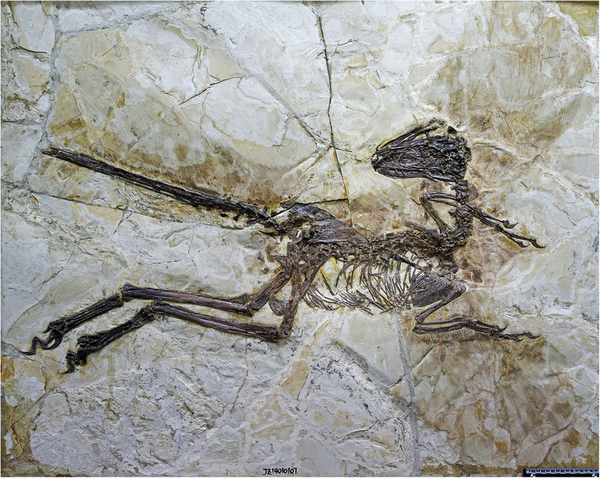 "This new dinosaur is one of the closest cousins of Velociraptor, but it looks just like a bird. It’s a dinosaur with huge wings made up of quill pen feathers, just like an eagle or a vulture. The movies have it wrong—this is what Velociraptor would have looked like too," says Dr Steve Brusatte, School of GeoSciences, University of Edinburgh

Researchers say its wings - which are very short compared with other dinosaurs in the same family - consisted of multiple layers of large feathers.

Although larger feathered dinosaurs have been identified before, none have possessed such complex wings made up of quill pen-like feathers, the team says.

Scientists have known for some time that many species of dinosaur had feathers, but most of these were covered with simple filaments that looked more like hair than modern bird feathers.

An artist’s impression of the new short-armed and winged feathered dinosaur Zhenyuanlong suni found in China and from the early Cretaceous period (125m years ago). 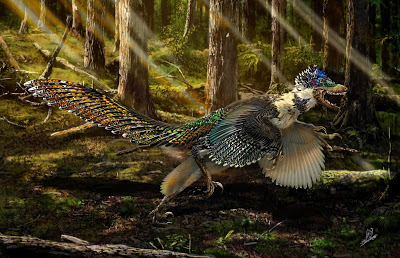 The species belonged to a family of feathered carnivores that was widespread during the Cretaceous Period, and lived around 125 million years ago, the team says.

The near-complete skeleton of the animal was studied by scientists from the University and the Chinese Academy of Geological Sciences.

Despite having bird-like wings, it probably could not fly, at least not using the same type of powerful muscle-driven flight as modern birds, researchers say.

The species may have evolved from ancestors that could fly and used its wings solely for display purposes, in a similar way to how peacocks use their colourful tails, researchers say.


Contacts and sources:
University of Edinburgh