Inconspicuous creatures surprise with a property that is important for our climate: Lichens, mosses and cyanobacteria release large quantities of the greenhouse gas nitrous oxide (N2O), also known as laughing gas, and low quantities of methane (CH4) into the atmosphere.

This was discovered by the scientists of the Gießen and Heidelberg universities and the Max Planck Institute for Chemistry in extensive laboratory tests. The greenhouse effect of laughing gas is 300 times stronger than for carbon dioxide, and even methane is 30 times stronger. As the amount of nitrous oxide emitted increases at higher temperatures, the discovery is significant against the backdrop of global warming.

Shrub-shaped, leafy and crusty growth forms of lichens colonize tree barks, but also soil and rocks. The tree merely becomes an adherent surface, but is not used for a parasitic mode of life. The latest investigations show that lichens play a larger part in climatic events than previously thought. 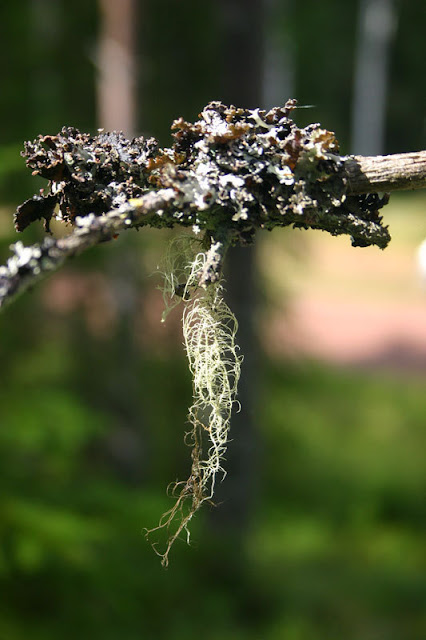 “We wanted to find out two things: Firstly, we wanted to know whether cryptogamic covers can emit N2O and CH4 at all. And secondly, what impact do climatic conditions have on the emission values,” says Katharina Lenhart, Visiting Professor at the Institute for Plant Ecology at the Justus-Liebig University in Gießen when explaining the objectives of the study. To do this, the scientists examined 68 samples of different lichens and mosses from various climate regions. They recorded the greenhouse gas emissions of the organisms under different temperatures, water contents, light conditions and nitrogen fertilization levels, to determine the impact of environmental conditions on the release of greenhouse gases.

“The methane emissions of cryptogamic covers were negligible on a global scale. However, the high release rates of nitrous oxide were remarkable,” says Bettina Weber, Group Leader at the Max Planck Institute for Chemistry. As the investigations showed, cryptogamic covers, the scientific name for the surface growth of lichens, mosses, cyanobacteria and other micro organisms, are responsible for four to nine percent of N2O from natural sources.

“Generally, we could demonstrate that N2O and CH4 emissions strongly increase from temperatures above 20 degrees Celsius,” says Weber. Consequently, the scientists suspect that methane and nitrous oxide emissions from lichens, cyanobacteria and mosses could increase in the course of global warming. This could be of greater significance especially in temperate latitudes, where cryptogamic covers represent one of the main sources for nitrous oxide emissions. In some tundra, steppe and desert regions, they are probably even the exclusive source.

Lichens, mosses and cyanobacteria absorb large quantities of carbon dioxide (CO2) and also to some extent nitrogen (N2) from the atmosphere and emit nitrous oxide (N2O) and small quantities of methane (CH4). 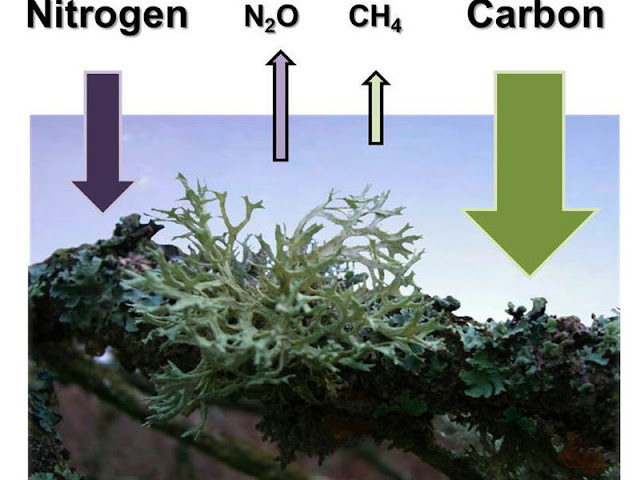 In the next step the scientists will check the laboratory findings in field studies and include additional organisms in their research.

The researchers developed the idea of the current study at the Max Planck Institute, as some years ago, they had found out that cryptogamic covers absorb large quantities of carbon dioxide and nitrogen from the atmosphere. Lichens, mosses and cyanobacteria bind about as much carbon dioxide as the burning of biomass or fossil fuel releases annually.

Additionally, Frank Keppler’s team at the Institute for Geo Sciences at the University of Heidelberg had discovered that plants and fungi can produce methane. Previously, it was assumed that biogenic methane was exclusively produced during the decomposition of organic material under exclusion of oxygen.