New Perfume: The More You Sweat, The Better You Smell

The first-ever perfume delivery system to ensure the more a person sweats, the better they will smell, has been developed by scientists at Queen’s University Belfast.

Scientists at Queen's University Belfast have developed the first-ever perfume delivery system to ensure the more a person sweats, the better they will smell 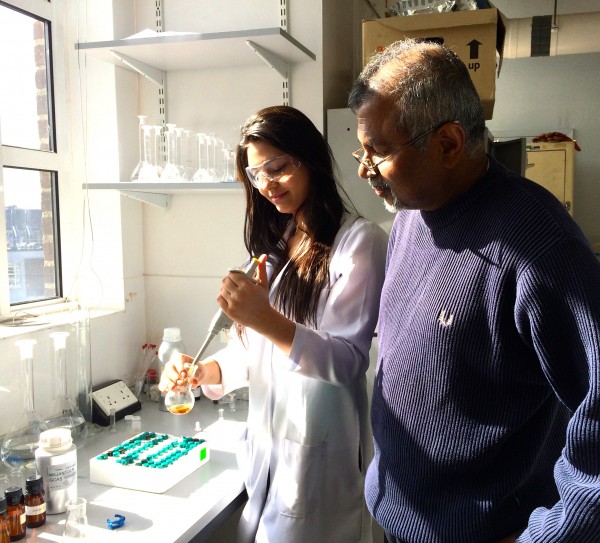 Researchers in the Queen’s University Ionic Liquid Laboratories (QUILL) Research Centre have developed a unique new perfume delivery system which releases more of its aroma when it comes into contact with moisture, meaning a person smells nicer when their sweat levels increase.

This innovative perfume system has been created by tagging a raw fragrance onto an ionic liquid (salt in the form of liquid) which has no smell. The ‘perfumed ionic liquid’ releases its aroma when it comes into contact with water, allowing more of the perfume’s scent to be released onto a person’s skin.

In addition, the perfume system also has the ability to remove the bad odours that come from sweat. The ‘thiol’ compounds that are responsible for the malodour of sweat are attracted to the ionic liquid, attaching themselves to it and losing their potency.

The breakthrough could have major commercial possibilities, potentially providing a new way to develop products for the huge personal care market. QUILL researchers are currently working with a perfume development company to identify a number of product ideas that could eventually be sold in shops.

Project leader, Dr Nimal Gunaratne, from the Queen's University Belfast Ionic Liquid Laboratories (QUILL) Research Centre, said: “This is an exciting breakthrough that uses newly discovered ionic liquid systems to release material in a controlled manner. Not only does it have great commercial potential, and could be used in perfumes and cosmetic creams, but it could also be used in others area of science, such as the slow release of certain substances of interest.

“This innovative development demonstrates the drive of researchers at Queen’s to advancing knowledge and achieving excellence for the benefit of society as a whole.”