Monster Waves Below the Ocean Surface Tracked by Scientists, Some Almost 600 Feet Tall

A scientific research team spent seven years tracking the movements of skyscraper-high waves in the South China Sea. University of Miami (UM) Rosenstiel School of Marine and Atmospheric Science scientists were part of the collaborative international field study trying to understand how these waves, which rarely break the ocean surface, develop, move and dissipate underwater.

The density map covering the South China Sea from Luzon Strait (right side) the 'Generation Area' to Dongsha Island (left side) shows how prolific these internal waves occur in this region and where they are most visible. The wave packets travel east to west. The color denotes how frequently an internal wave was observed in satellite images over a several month period in 2007. 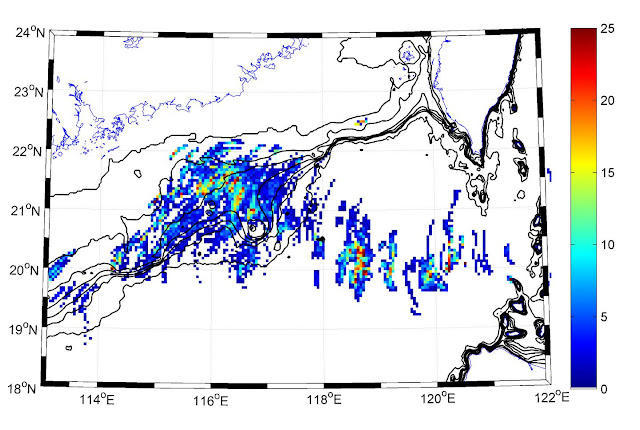 These waves, known as internal waves, occur in all the oceans, as well as in lakes and fjords. In the Luzon Strait, between Taiwan and the Philippine island of Luzon, they can reach up to 170 meters (558 feet) tall and travel several hundred kilometers, making them some of the largest waves in the world.

Using satellite imagery collected at UM's Center for Southeastern Tropical Remote Sensing (CSTARS), scientists were able to detect and track them from above. The team discovered that internal waves are generated daily from internal tides, which also occur below the ocean surface, and grow larger as the water is pushed westward through the Luzon Strait into the South China Sea.

The photo taken by Hans Graber from the R/V Knorr on 31 July 2006 at 13:46 EST during experiment in the Mid-Atlantic Bight off the New Jersey coast shows one of these internal wave packets several 10's of meters below the surface approaching the ship. 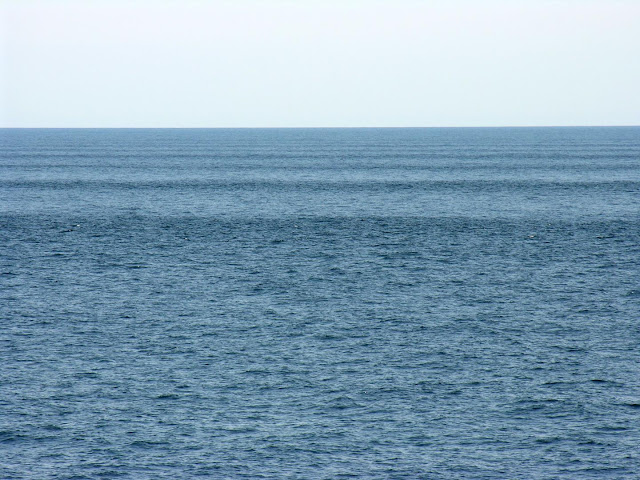 "The internal wave produces a current that organizes the ripples on the surface, which are picked up by the radar satellite," said study co-author Hans Graber, a UM Rosenstiel School professor of ocean sciences and director of CSTARS. "This allows us to study how these waves, which largely go unnoticed at the surface, propagate and move."

Tracking internal waves from start to finish helps scientists understand these waves for a number of reasons. They move huge volumes of heat, salt, and nutrient rich-water, which are important to fish, industrial fishing operations and the global climate. In addition, they are important to monitor for safe submarine operations.

Contacts and  sources:
Diana Udel
University of Miami
on July 23, 2015