At the end of the Pleistocene period, approximately 12,800 years ago­ -- give or take a few centuries -- a cosmic impact triggered an abrupt cooling episode that earth scientists refer to as the Younger Dryas.

New research by UC Santa Barbara geologist James Kennett and an international group of investigators has narrowed the date to a 100-year range, sometime between 12,835 and 12,735 years ago. The team's findings appear today in the Proceedings of the National Academy of Science.

This map shows the Younger Dryas Boundary locations that provided data for the analysis. 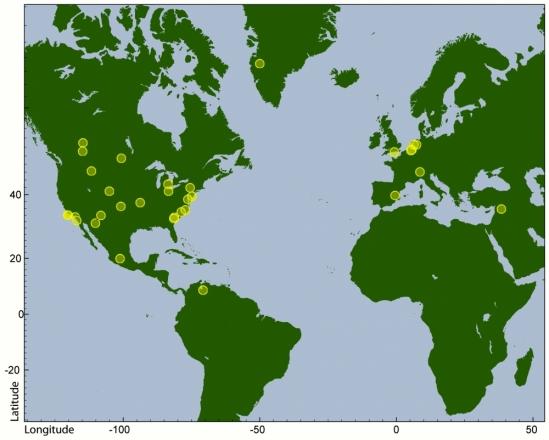 "This range overlaps with that of a platinum peak recorded in the Greenland ice sheet and of the onset of the Younger Dryas climate episode in six independent key records," explained Kennett, professor emeritus in UCSB's Department of Earth Science. "This suggests a causal connection between the impact event and the Younger Dryas cooling."

In a previous paper, Kennett and colleagues conclusively identified a thin layer called the Younger Dryas Boundary (YDB) that contains a rich assemblage of high-temperature spherules, melt-glass and nanodiamonds, the production of which can be explained only by cosmic impact. However, in order for the major impact theory to be possible, the YDB layer would have to be the same age globally, which is what this latest paper reports.

"We tested this to determine if the dates for the layer in all of these sites are in the same window and statistically whether they come from the same event," Kennett said. "Our analysis shows with 95 percent probability that the dates are consistent with a single cosmic impact event."

This is James Kennett. 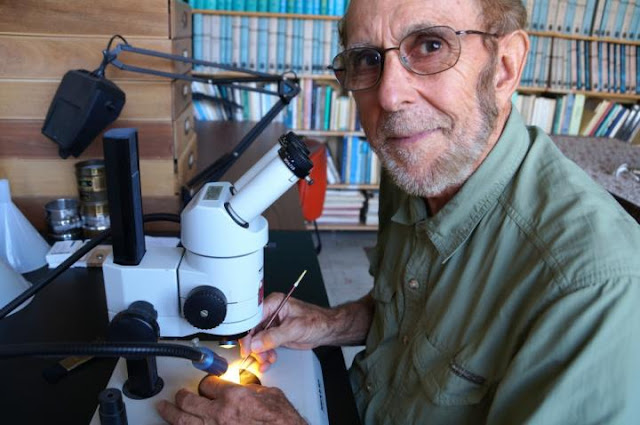 All together, the locations cover a huge range of distribution, reaching from northern Syria to California and from Venezuela to Canada. Two California sites are on the Channel Islands off Santa Barbara.

However, Kennett and his team didn't rely solely on their own data, which mostly used radiocarbon dating to determine date ranges for each site. They also examined six instances of independently derived age data that used other dating methods, in most cases counting annual layers in ice and lake sediments.

Two core studies taken from the Greenland ice sheet revealed an anomalous platinum layer, a marker for the YDB. A study of tree rings in Germany also showed evidence of the YDB, as did freshwater and marine varves, the annual laminations that occur in bodies of water. Even stalagmites in China displayed signs of abrupt climate change around the time of the Younger Dryas cooling event.

"The important takeaway is that these proxy records suggest a causal connection between the YDB cosmic impact event and the Younger Dryas cooling event," Kennett said. "In other words, the impact event triggered this abrupt cooling.

"The chronology is very important because there's been a long history of trying to figure out what caused this anomalous and enigmatic cooling," he added. "We suggest that this paper goes a long way to answering that question and hope that this study will inspire others to use Bayesian statistical analysis in similar kinds of studies because it's such a powerful tool."