Late Wednesday, the Louisiana Department of Health and Hospitals (DHH) confirmed the presence of the Naegleria fowleri ameba in the St. Bernard Parish Water System at the site of a leaking sampling station. The water system, which serves 44,000 residents in St. Bernard Parish, was tested by DHH as part of the State's new public drinking water surveillance program. 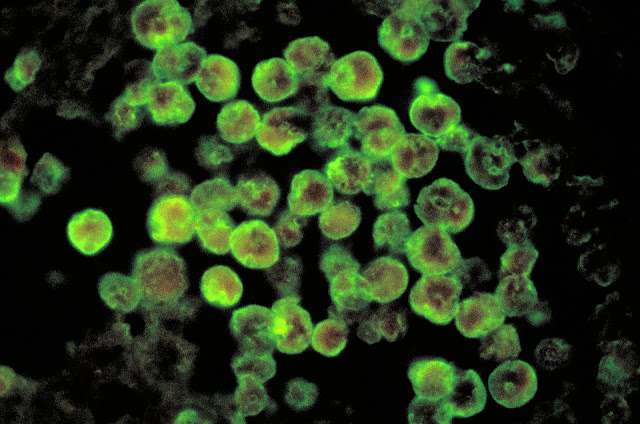 DHH notified the water system and local officials Wednesday evening. The Department asked the water system to conduct a 60-day chlorine burn to ensure that any remaining ameba in the system are eliminated. Parish President Dave Peralta confirmed that the system would conduct the burn out of an abundance of caution.

Based on current monthly chloramine residual compliance reports, the water system has met the requirements with Louisiana rules for chloramine disinfectant levels set forth by the 2013 by emergency rule and additional requirements in 2014 by the Louisiana Legislature. Five other sites on the system tested negative for the ameba and one site did not meet the required level of disinfectant.

Tap water in St. Bernard Parish is safe for residents to drink, but the Department urges residents to avoid getting water in their noses. Naegleria fowleri is an ameba that occurs naturally in freshwater.

As Naegleria fowleri infections are extremely rare, testing for this ameba in public drinking water is still relatively new and evolving. Fewer than 10 deaths in the United States have been traced back to the ameba, with three occurring in Louisiana over the last several years. The ameba was identified in St. Bernard Parish Water System in the summer of 2013; the U.S. Centers for Disease Control and Prevention (CDC) confirmed that the system no longer tested positive for the presence of the ameba in February 2014.

DHH conducts sampling of public drinking water systems for Naegleria fowleri each summer when temperatures rise. So far, DHH has tested 12 other systems for the ameba and still awaiting lab results for each.

Naegleria fowleri causes a disease called primary amebic meningoencephalitis (PAM), which is a brain infection that leads to the destruction of brain tissue. In its early stages, symptoms of PAM may be similar to bacterial meningitis.

DHH Safe Drinking Water Program staff sampled seven sites along the St. Bernard Parish Water System. Two of the seven sites tested positive for the ameba. One positive test was at a site at the water treatment plant before the water was treated. The second positive test occurred at 948 Angela Street, which may have been contaminated by ground water due to a leak at the sampling station. Chlorine levels at the site of the positive sample did meet the 0.5 mg/l requirement. The Department will continue to consult with the water system and the CDC.

According to the CDC, every resident can take simple steps to help reduce their risk of Naegleria fowleri infection. Individuals should focus on limiting the amount of water going up their nose. Preventative measures recommended by the CDC include the following:

DO NOT allow water to go up your nose or sniff water into your nose when bathing, showering, washing your face, or swimming in small hard plastic/blow-up pools.

DO NOT jump into or put your head under bathing water (bathtubs, small hard plastic/blow-up pools); walk or lower yourself in.

DO NOT allow children to play unsupervised with hoses or sprinklers, as they may accidentally squirt water up their nose. Avoid slip-n-slides or other activities where it is difficult to prevent water going up the nose.

DO run bath and shower taps and hoses for five minutes before use to flush out the pipes. This is most important the first time you use the tap after the water utility raises the disinfectant level.

DO keep small hard plastic/blow-up pools clean by emptying, scrubbing and allowing them to dry after each use.

DO use only boiled and cooled, distilled or sterile water for making sinus rinse solutions for neti pots or performing ritual ablutions.

DO keep your swimming pool adequately disinfected before and during use.

If you need to top off the water in your swimming pool with tap water, place the hose directly into the skimmer box and ensure that the filter is running. Do not top off the pool by placing the hose in the body of the pool.

Residents should continue these precautions until testing no longer confirms the presence of the ameba in the water system. Residents will be made aware when that occurs. For further information on preventative measures, please visit the CDC website here: http://www.cdc.gov/parasites/naegleria/prevention.html
on July 27, 2015