A bomb-proof lining developed by an international team of scientists, including academics from the University of Sheffield, has successfully contained blasts in a series of controlled explosions in the luggage hold of a Boeing 747 and an Airbus 321.

Dr Andy Tyas, who is leading the research. 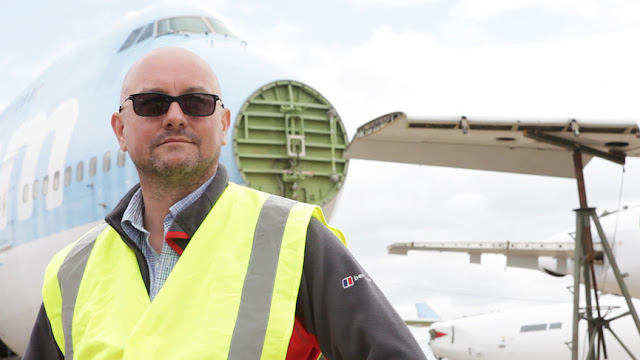 The Fly-Bag, which lines an aircraft’s luggage hold with multiple layers of novel fabrics and composites, was tested under increasing explosive charges on disused planes at Cotswolds Airport, near Cirencester, this week.

Using this technology, the tests have demonstrated that a plane’s luggage hold may be able to contain the force of an explosion should a device concealed within a passenger’s luggage be detonated during a flight. This would mitigate damage to the plane and help keep passengers safe.

After the tests, explosives were placed in the aircraft without the lining to show the damage that could be caused.

Disasters such as the Lockerbie bombing in 1988 drove the need for this kind of invention, as well as an incident in which a printer cartridge bomb was found on-board a cargo plane at East Midlands Airport in 2010.

Fundamental to the design of the bag is a combination of fabrics which have high strength and impact and heat resistance. The fabrics include Aramid, which is used in ballistic body armour.


A controlled explosion without Fly-Bag in the hold 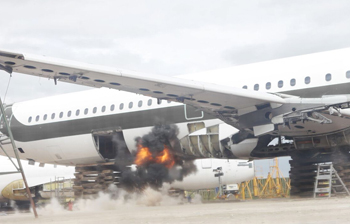 “Key to the concept is that the lining is flexible and this adds to its resilience when containing the explosive force and any fragments produced,” said Andy Tyas, of the Department of Civil and Structural Engineering, who is leading the research at the University of Sheffield. 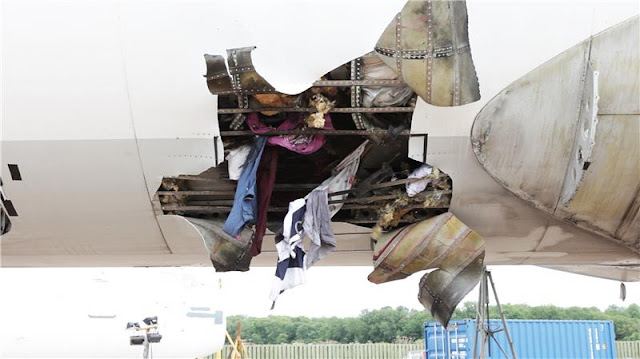 “This helps to ensure that the Fly-Bag acts as a membrane rather than as a rigid-walled container which might shatter on impact.”

“We have extensively tested Fly-Bag prototypes at the University of Sheffield’s blast-testing laboratory, but the purpose of these tests was to investigate how the concept works in the confines of a real aircraft and the results are extremely promising.”

Hardened luggage containers (HULD) have been developed to deal with bombs hidden in passenger luggage, but these containers are heavier and more costly than conventional equivalents.

A European consortium working on the Fly Bag project includes Blastech, a spin out company from the University of Sheffield, as well as partners from Greece, Spain, Italy, Germany, Sweden and the Netherlands.

The technology could either be something that becomes compulsory for all airlines to use if the law was changed or could be used by airlines responding to particular threats.

It has also been adapted for use in cabin holds within the plane if the airline crew spot something they think might be a threat and could be a risk to passengers.


Contacts and sources:
Hannah Postles
University of Sheffield
on July 25, 2015