Scientists at the Universities of Liverpool and Bristol have developed a new tissue ‘scaffold’ technology that could one day enable the engineering of large organs. 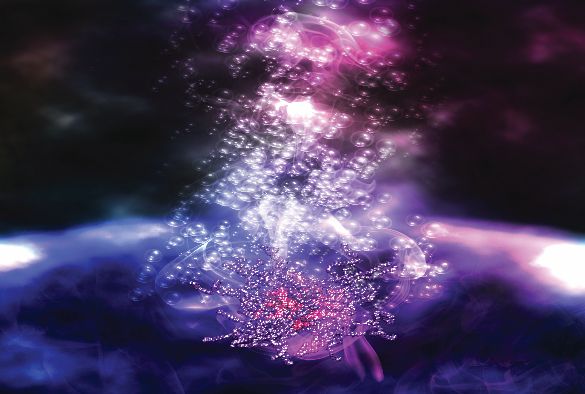 Researchers have shown that it is possible to combine cells with a special scaffold to produce living tissue in the laboratory. It is hoped this can then be implanted into patients as a way of replacing diseased parts of the body.

Until now the approach has generally been limited to growing small pieces of tissue, as larger dimensions reduce the oxygen supply to the cells in the centre.

The team used cartilage tissue engineering as a model system for testing a new method of overcoming the oxygen limitation problem.

They synthesised a new class of artificial membrane binding proteins that can be attached to stems cells. By attaching an oxygen-carrying protein, myoglobin, to the stem cells before they are used to engineer cartilage, they ensure that each cell has its own oxygen reservoir that it can access when the oxygen in the scaffold drops to dangerously low levels.

Professor Anthony Hollander, Head of the University of Liverpool’s Institute of Integrative Biology, said: “We have already shown that stem cells can help create parts of the body that can be successfully transplanted into patients, but we have now found a way of making their success even better.

“Growing large organs remains a huge challenge but with this technology we have overcome one of the major hurdles.

“Creating larger pieces of cartilage gives us a possible way of repairing some of the worst damage to human joint tissue, such as the debilitating changes seen in hip or knee osteoarthritis or the severe injuries caused by major trauma, for example in road traffic accidents or war injuries.”

The team’s findings could expand the possibilities in tissue engineering, not only in cartilage, but also for other tissue such as cardiac muscle or bone.

Their new methodology, describing the conversion of a normal protein into a membrane binding protein, is likely to pave the way for the development of a wide range of new biotechnologies.

Dr Adam Perriman, from the University of Bristol, added: “From our preliminary experiments, we found that we could produce these artificial membrane binding proteins and paint the cells without affecting their biological function.

“However, we were surprised to discover that we could deliver the necessary quantity to the cells to supplement their oxygen requirements.

“It’s like supplying each cell with its own scuba tank, which it can use to breath from when there is not enough oxygen in the local environment.”

Professor Hollander’s previous work includes the development of a method of creating cartilage cells from stem cells, which helped to make possible the first successful transplant of a tissue-engineered trachea, utilising the patient’s own stem cells.

Dr Perriman is an EPSRC Early Career Research Fellow and known for his research on the construction and study of novel synthetic biomolecular systems.

Contacts and sources:
University of Liverpool
on June 19, 2015