Tiny Dracula Ants Hunting Underground In Madagascar and the Seychelles

Researchers from the California Academy of Sciences (Rick Overson and Brian Fisher) have described six new species of strange subterranean ants from the genusPrionopelta in Madagascar and Seychelles.

Members of the ant genus Prionopelta are fierce, social predators that hunt down their prey with dagger-like teeth. These ants live throughout the tropics of the world, but usually go completely unnoticed for two main reasons.

This is one of the newly described species, Prionopelta subtilis.

Firstly, they are tiny. The smallest of the newly described species makes a fruit fly look huge. At 1.5 mm in length and 0.2 mm wide it is a barely visible fleck, skinnier even than the diameter of some single-celled protozoa.

Secondly, they lead an extremely cryptic lifestyle. Unlike many ants that are seen marching around at picnics, Prionopelta are either subterranean or live deep within leaf litter on the rainforest floor--some never catch a glimpse of sunlight their entire lives.

The face of Prionopelta vampira with the longest teeth of the newly described species -- teeth which are used for hunting micro-invertebrate prey. 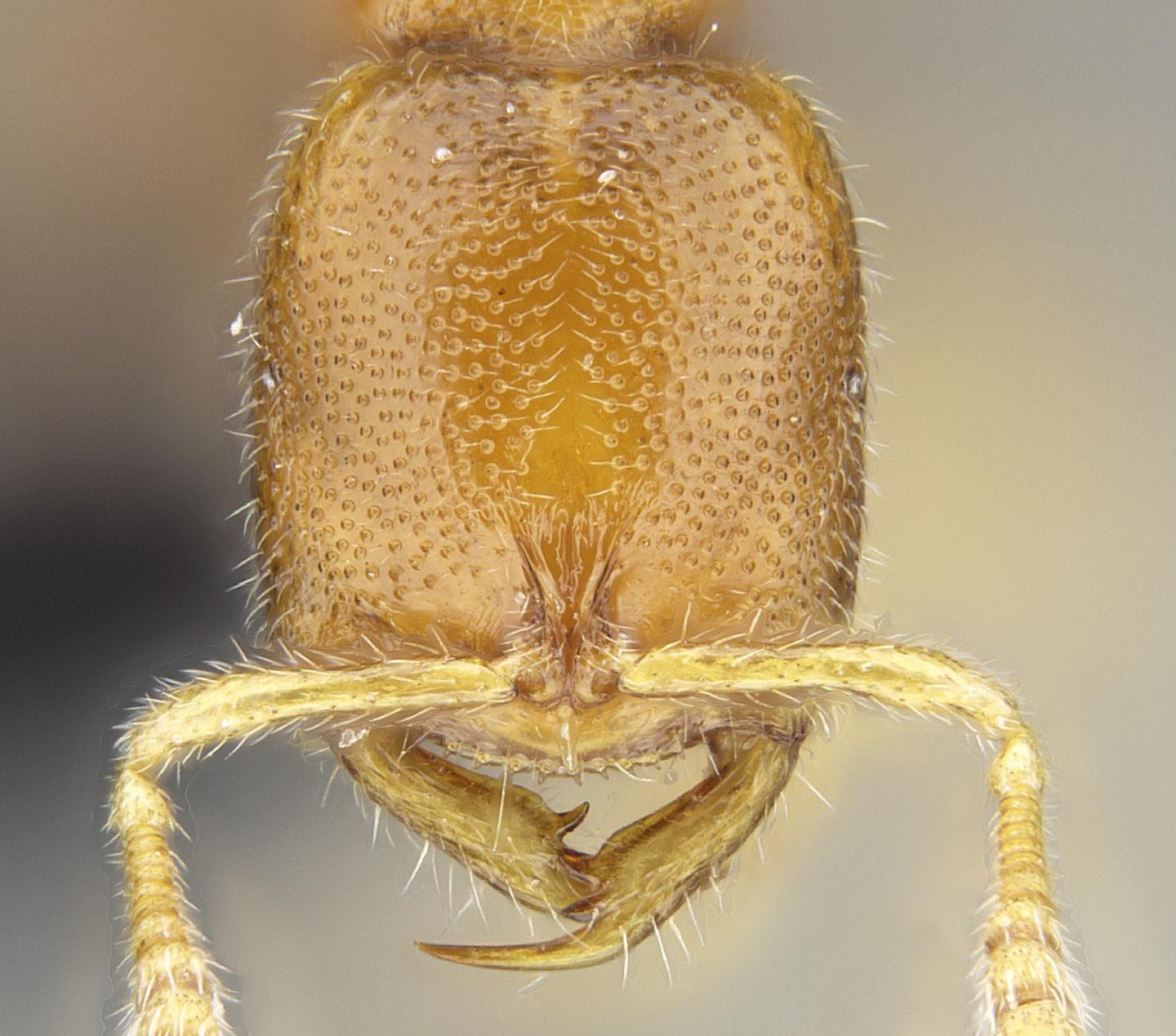 In keeping with their dark and mysterious habits, Prionopelta are part of a larger group of ants that have been dubbed Dracula ants by Fisher, as they are known to engage in the strange behavior of wounding the young of the colony and drinking their blood--more correctly called hemolymph in insects--as a bizarre means of distributing nutrients throughout the colony.

All of the newly described species of Prionopelta are endemic to the Malagasy region: six from Madagascar and one known only from the islands of Seychelles. This investigation increases the total number of species in the genus from 15 to 21, and highlights Madagascar as a major center of diversity for these fascinating insects. Previously, only one species was known from Madagascar which was described in 1924.

The new discoveries are a result of intensive sampling for over a decade by Fisher and members of the Madagascar Biodiversity Center. The study was published in the open access journal ZooKeys.