Starfish have strange talents. Two biology students from University of Southern Denmark have revealed that starfish are able to squeeze foreign bodies along the length of their body cavities and out through their arm tips. This newly discovered talent gives insight into how certain animals are able to quickly heal themselves.

A starfish squeezes a foreign body through its arm tip. 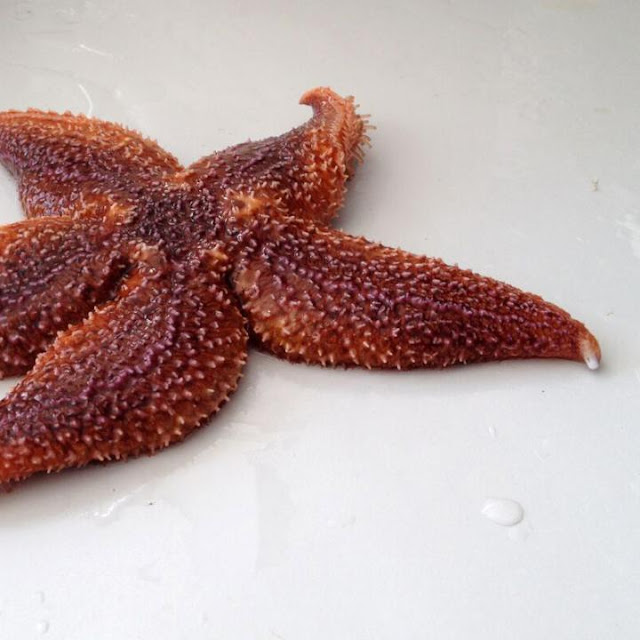 The two biology students, Frederik Ekholm Gaardsted Christensen and Trine Bottos Olsen have discovered a starfish behaviour that has never previously been described in the scientific literature. As part of their studies they were asked to tag some starfish (Asterias rubens), so that researchers could reidentify and study the starfish. The tags were injected into the starfish, as a veterinarian tags a dog or cat.

Here, the foreign element has been squeezed completely out through the arm tip. 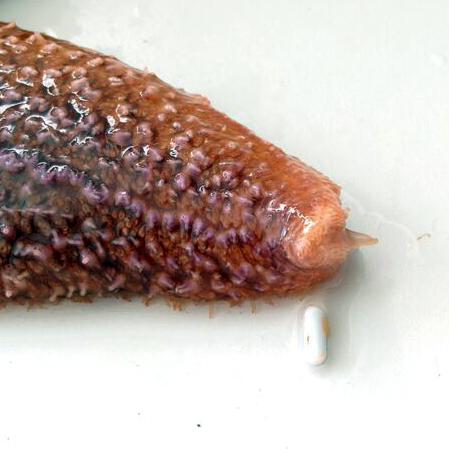 "But every time we put a tag into a starfish, they rid themselves of the tag within a few days. It came out directly through the skin; the starfish simply pushed it out through the skin at the end of one arm and then went on as if nothing had happened", the two students explain.

Starfish have strange talents. Two biology students from the University of Southern Denmark have revealed that starfish are able to squeeze foreign bodies along the length of their body cavities and out through their arm tips. This newly discovered talent gives insight in how certain animals are able to quickly heal themselves

Many organisms are capable of removing some foreign objects from their body. Think of a splinter that can be pushed out of a finger by itself. However, when the foreign object is lodged deep inside the organism, like a bullet between the internal organs, most organisms have no way to get rid of it without surgery.

The starfish do not attempt to push the tag out of the hole in the skin through which it was injected. Instead they let the tag wander seemingly randomly between the organs for a while, before they finally squeeze it out through an arm tip.

Starfish physiology differs in many respects from ours. They have an external skeleton and decentralized nervous system, and their eyes are placed on the end of each arm. But like us, they have a body cavity filled with organs, and it is through the body cavity that the tag moves before it reaches the tip of an arm, the researchers conclude.

Previous research has documented that starfish are able to regenerate whole limbs and organs, but this trick of ejecting deeply embeded foreign bodies has never before been demonstrated in any organism.