The society you live in can shape the complexity of your brain--and it does so differently for social insects than for humans and other vertebrate animals.

A new comparative study of social and solitary wasp species suggests that as social behavior evolved, the brain regions for central cognitive processing in social insect species shrank. This is the opposite of the pattern of brain increases with sociality that has been documented for several kinds of vertebrate animals including mammals, birds and fish.

"This nest from eastern Ecuador is one of the largest, most impressive, intimidating wasp colonies I ever encountered," said Sean O'Donnell, Ph.D., professor at Drexel University whose new study focuses on the evolution of social behavior and brain structures for complex cognition in different wasp species, including these, Polybia dimidiata. 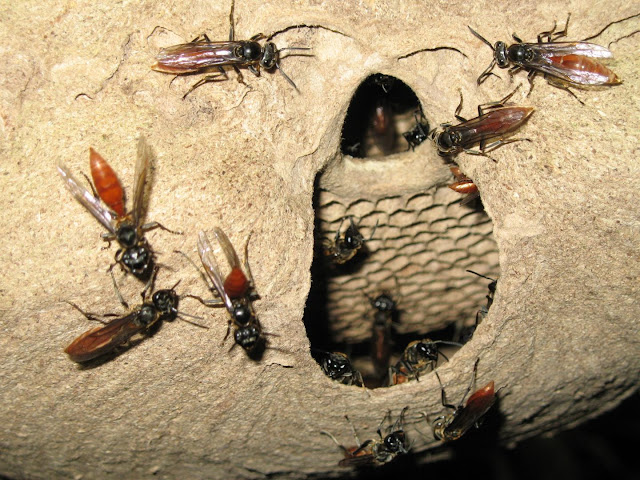 "The nest was over a yard tall and housed thousands of large, aggressive workers. These wasps represent a very advanced stage of social evolution, with strong differentiation between reproductive queens and sterile workers. They start new colonies by swarming."

"By relying on group mates, insect colony members may afford to make less individual brain investment. We call this the distributed cognition hypothesis," said Sean O'Donnell, PhD, a professor in the Drexel University College of Arts and Sciences who led the study published today in Proceedings of the Royal Society B.

Essentially, O'Donnell says the cooperative or integrative aspects of insect colonies, such as information sharing among colony mates, can reduce the need for individual cognition in these societies.

The idea in such social challenge hypotheses is that competition between individuals drives the evolution of sharper intelligence, as vertebrate societies tend to involve associations between unrelated individuals who experience both conflict over resources and opportunities to form alliances. Individuals who navigate such challenges with stronger cognitive abilities have a survival advantage.

O'Donnell's team recognized that societies can form in different ways. "Unlike most vertebrate societies, insect colonies are usually family groups--offspring that stay and help their parents. Although there can be family strife, the colony often succeeds or fails as a unit," O'Donnell said.

As social behavior evolved, the brain regions for central cognitive processing in social insect species may have gotten smaller -- the exact opposite of the pattern that has been documented for several kinds of vertebrate animals including mammals, birds and fish. This finding comes from a new comparative study of social and solitary wasp species, including wasps in the genus Mischocyttarus closely related to these, Mischocyttarus mexicanum.

"This small nest of wasps was built under a sheltered eve at the La Selva Biological Station in Costa Rica," said the study's lead author, Sean O'Donnell, Ph.D., of Drexel University. "These are independent-founding wasps: relatively simple societies, never reaching large colony sizes. These wasps are thought to represent a fairly early stage in social evolution, possibly like species at the transition from solitary to social living." 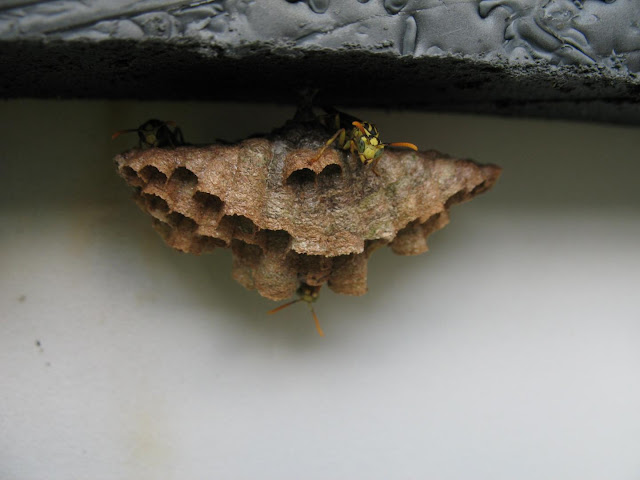 They looked at whether social insects' more cooperative social structures might have different effects on brain evolution. They compared brains of 29 related wasp species from Costa Rica, Ecuador and Taiwan, including both solitary species and social species with varied colony structures and sizes. It is the first study informed by evolutionary relationships between species to comparatively test social brain models in social insects.

Compared to social species, they found solitary species had significantly larger brain parts known as the mushroom bodies, which are used for multisensory integration, associative learning and spatial memory--the best available measure of complex cognition in these insects. The finding supports the idea that, as insect social behavior evolved, the need for such complex cognition in individuals actually decreased.

A new comparative study of social and solitary wasp species, including these wasps of the species Protopolybia exigua, suggests that as social behavior evolved, the brain regions for central cognitive processing in social insect species shrank. This is the opposite of the pattern of brain increases with sociality that has been documented for several kinds of vertebrate animals including mammals, birds and fish.

"This nest under a leaf in a Costa Rican botanical garden shows some of the range of social complexity wasps provide," said Sean O'Donnell, Ph.D., Drexel University professor and lead author of the study. "They are in an advanced lineage, the swarm-founders, yet they have small colonies." 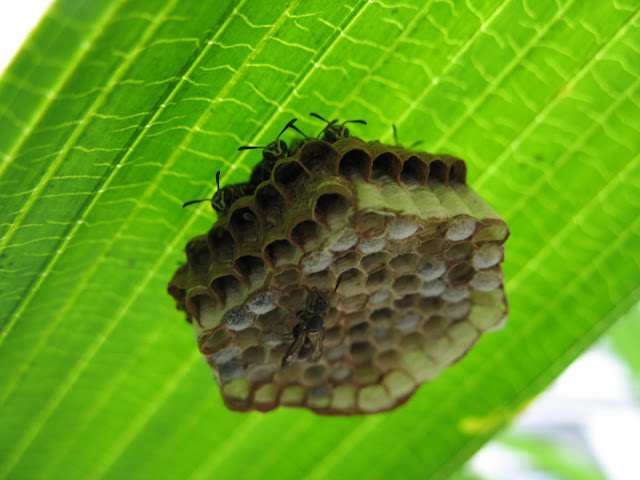 
"The challenge now is to test whether the pattern of reduced mushroom body investment holds up in other lineages of social insects. Termites and roaches, and solitary versus social bees, are good places to look," said O'Donnell.