Salt May Be Key To Unlocking the Interiors of Neptune and Uranus?

The interiors of several of our Solar System's planets and moons are icy, and ice has been found on distant extrasolar planets, as well. But these bodies aren't filled with the regular kind of water ice that you avoid on the sidewalk in winter. The ice that's found inside these objects must exist under extreme pressures and high-temperatures, and potentially contains salty impurities, too.

Pictured is an ice VII figure. 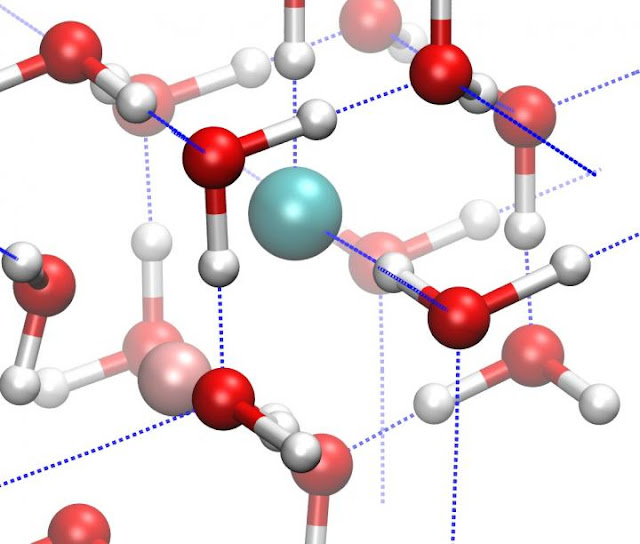 New research from a team including Carnegie's Alexander Goncharov focuses on the physics underlying the formation of the types of ice that are stable under the paradoxical-seeming conditions likely to be found in planetary interiors. Their work, published by Proceedings of the National Academy of Sciences, could challenge current ideas about the physical properties found inside icy planetary bodies.

When water (H2O) freezes into ice, the molecules are bound together in a crystalline lattice held together by hydrogen bonds. Due to the versatility of these hydrogen bonds, ice reveals a striking diversity of at least 16 different crystalline structures. But most of these structures could not exist in the interiors of frozen planets and moons. 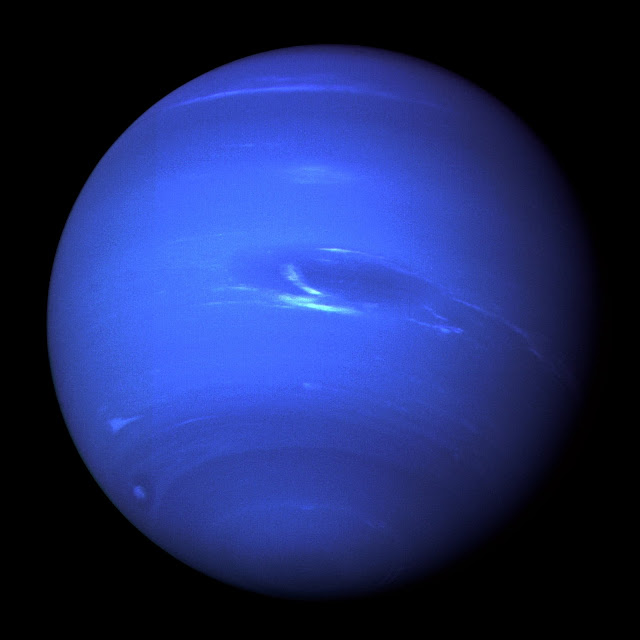 As the pressure increases further, both forms of ice transform to another phase called ice X. This happens at pressures around 600,000 times Earth's atmosphere (60 gigapascals), which would be comparable to the pressure conditions found in the interior of an icy-cored planet, like Neptune or Uranus. Ice X has a whole new kind of symmetrical lattice structure. It's called non-molecular ice, because the water molecule is broken apart and the hydrogen atoms are shared between neighboring oxygens.

Uranus in 2005. Rings, southern collar and a bright cloud in the northern hemisphere are visible 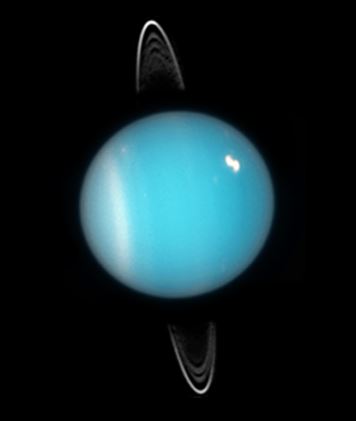 Under similar pressures but higher temperatures, it has been suggested that ice X could possibly transform into a phase of ice that can conduct electricity as hydrogen atoms move freely around the oxygen lattice. But how such ice would be formed at the temperatures found in planetary interiors has remained mysterious.

Because the interiors of icy planetary bodies might also be salty, due to interactions between the ice and the surrounding rocks or a liquid ocean, lead author Livia Eleonora Bove of the CNRS & Université Pierre et Marie Curie in France and the Ecole Polytechnique Federal de Lausanne in Switzerland and the rest of the team studied the effects of salts on the formation of the ice X from ice VII.

They found that the inclusion of salts in ice VII -- both ordinary sodium chloride (NaCl) that you have on your table and the similarly structured lithium chloride (LiCl) -- pushes the formation of ice X to occur at higher and higher pressures. Such salts could easily have been incorporated as impurities when matter accreted during the planetary formation process and be present in rocks or liquid water with which the core ice interacts.

'These findings could challenge our current thinking on the physics occurring in the interiors of icy planetary bodies,' Goncharov said. 'All of our current assumptions are based on the behavior of ice without any impurities.'

The presence of salt could also possible create the conditions under which the theorized electrically conducting type of ice would form. If so, this could explain the magnetic fields of Uranus and Neptune, the team proposed.