Parkinson's Disease May Begin in the Gut 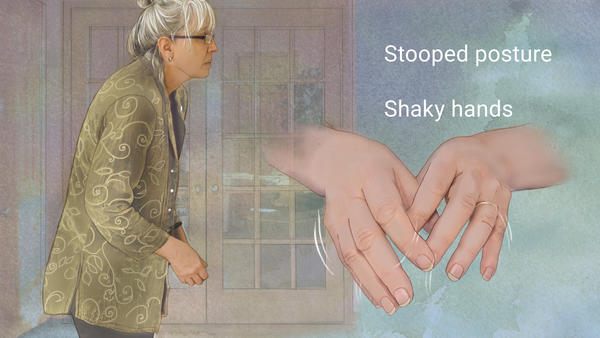 New research indicates that Parkinson's disease may begin in the gastrointestinal tract and spread through the vagus nerve to the brain.

"We have conducted a registry study of almost 15,000 patients who have had the vagus nerve in their stomach severed. Between approximately 1970-1995 this procedure was a very common method of ulcer treatment. If it really is correct that Parkinson's starts in the gut and spreads through the vagus nerve, then these vagotomy patients should naturally be protected against developing Parkinson's disease," explains postdoc at Aarhus University Elisabeth Svensson on the hypothesis behind the study.

A hypothesis that turned out to be correct:

"Our study shows that patients who have had the the entire vagus nerve severed were protected against Parkinson's disease. Their risk was halved after 20 years. However, patients who had only had a small part of the vagus nerve severed where not protected. This also fits the hypothesis that the disease process is strongly dependent on a fully or partially intact vagus nerve to be able to reach and affect the brain," she says.

The research project has just been published in the internationally recognised journal Annals of Neurology.

"Patients with Parkinson's disease are often constipated many years before they receive the diagnosis, which may be an early marker of the link between neurologic and gastroenterologic pathology related to the vagus nerve ," says Elisabeth Svensson.

Previous hypotheses about the relationship between Parkinson's and the vagus nerve have led to animal studies and cell studies in the field. However, the current study is the first and largest epidemiological study in humans.

The research project is an important piece of the puzzle in terms of the causes of the disease. In the future the researchers expect to be able to use the new knowledge to identify risk factors for Parkinson's disease and thus prevent the disease.

"Now that we have found an association between the vagus nerve and the development of Parkinson's disease, it is important to carry out research into the factors that may trigger this neurological degeneration, so that we can prevent the development of the disease. To be able to do this will naturally be a major breakthrough," says Elisabeth Svensson.

Parkinson's disease is a chronic and neurodegenerative disease which affects approx. 1 out of every 1,000 people.

The first signs of the disease are most often seen between the ages of 50-60.

The researchers carried out a registry study involving 14,883 patients who had undergone a vagotomy.

The research project was supported by the Danish Parkinson's Disease Association and PROCRIN (Program for Clinical Research Infrastructure).