If you get a warm, fuzzy feeling after watching cute cat videos online, the effect may be more profound than you think.

The Internet phenomenon of watching cat videos, from Lil Bub to Grumpy Cat, does more than simply entertain; it boosts viewers' energy and positive emotions and decreases negative feelings, according to a new study by an Indiana University Media School researcher.

Bloomington, Ind.'s own Lil Bub is one of the more popular felines on the Internet. 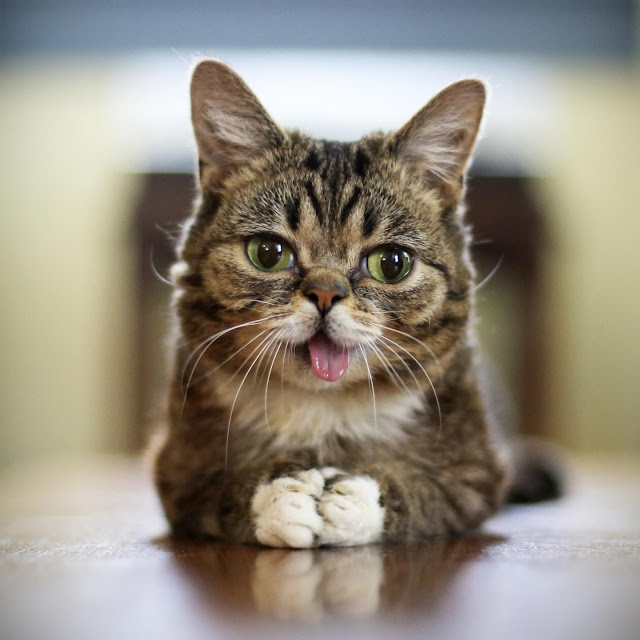 The study, by assistant professor Jessica Gall Myrick, surveyed almost 7,000 people about their viewing of cat videos and how it affects their moods. It was published in the latest issue of Computers in Human Behavior. Lil Bub's owner, Mike Bridavsky, who lives in Bloomington, helped distribute the survey via social media.

"Some people may think watching online cat videos isn't a serious enough topic for academic research, but the fact is that it's one of the most popular uses of the Internet today," Myrick said. "If we want to better understand the effects the Internet may have on us as individuals and on society, then researchers can't ignore Internet cats anymore.

"We all have watched a cat video online, but there is really little empirical work done on why so many of us do this, or what effects it might have on us," added Myrick, who owns a pug but no cats. "As a media researcher and online cat video viewer, I felt compelled to gather some data about this pop culture phenomenon."

Internet data show there were more than 2 million cat videos posted on YouTube in 2014, with almost 26 billion views. Cat videos had more views per video than any other category of YouTube content.

In Myrick's study, the most popular sites for viewing cat videos were Facebook, YouTube, Buzzfeed and I Can Has Cheezburger.

Among the possible effects Myrick hoped to explore: Does viewing cat videos online have the same kind of positive impact as pet therapy? And do some viewers actually feel worse after watching cat videos because they feel guilty for putting off tasks they need to tackle?

Of the participants in the study, about 36 percent described themselves as a "cat person," while about 60 percent said they liked both cats and dogs.

"Even if they are watching cat videos on YouTube to procrastinate or while they should be working, the emotional pay-off may actually help people take on tough tasks afterward," Myrick said.

The results also suggest that future work could explore how online cat videos might be used as a form of low-cost pet therapy, she said.

For each participant who took the survey, Myrick donated 10 cents to Lil Bub's foundation, raising almost $700. The foundation, Lil Bub's Big Fund for the ASPCA, has raised more than $100,000 for needy animals.