Astronomers have solved a mystery over small, unusually hot blue stars, 10 times hotter than our Sun, that are found in the middle of dense star clusters.

The international team found the so-called blue hook stars throw off their cool outer layers late in life because they are rotating so rapidly, making them more luminous than usual.

This is an artist's impression of the early life of a blue hook star and the destruction of its proto-stellar disc by another star. 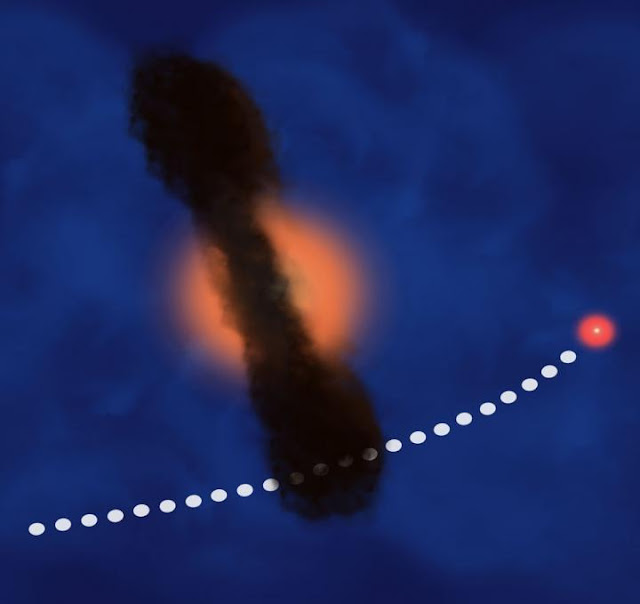 "We've solved an old puzzle. These stars are only half the mass of our Sun yet we could not explain how they became so luminous," said team member Dr Antonino Milone, from The Australian National University (ANU) Research School of Astronomy and Astrophysics.

"As the star was forming billions of years ago from a disc of gas in the congested centre of the star cluster, another star or stars must have collided with the disc and destroyed it."

This is the crowded center of the Omega Centauri cluster. 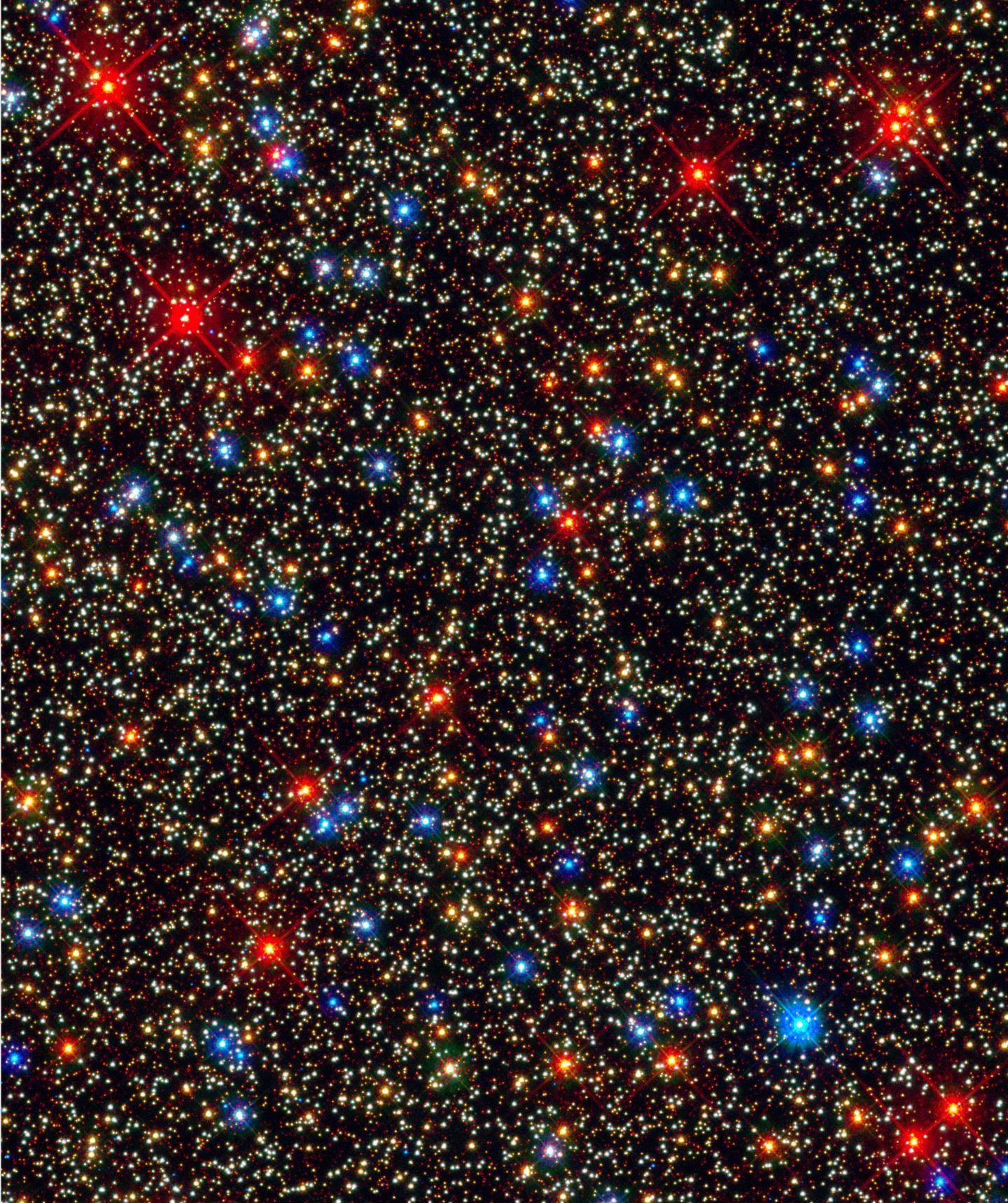 The research, published in Nature, gives new insights into star formation in the early Universe in the crowded centres of clusters. Star clusters are rare environments in the Universe, in which many stars are born at the same time.

The team studied the globular cluster Omega Centauri, the only cluster visible to the naked eye, which contains around 10 million stars in close proximity to one another.

This is the Omega Centauri globular cluster. 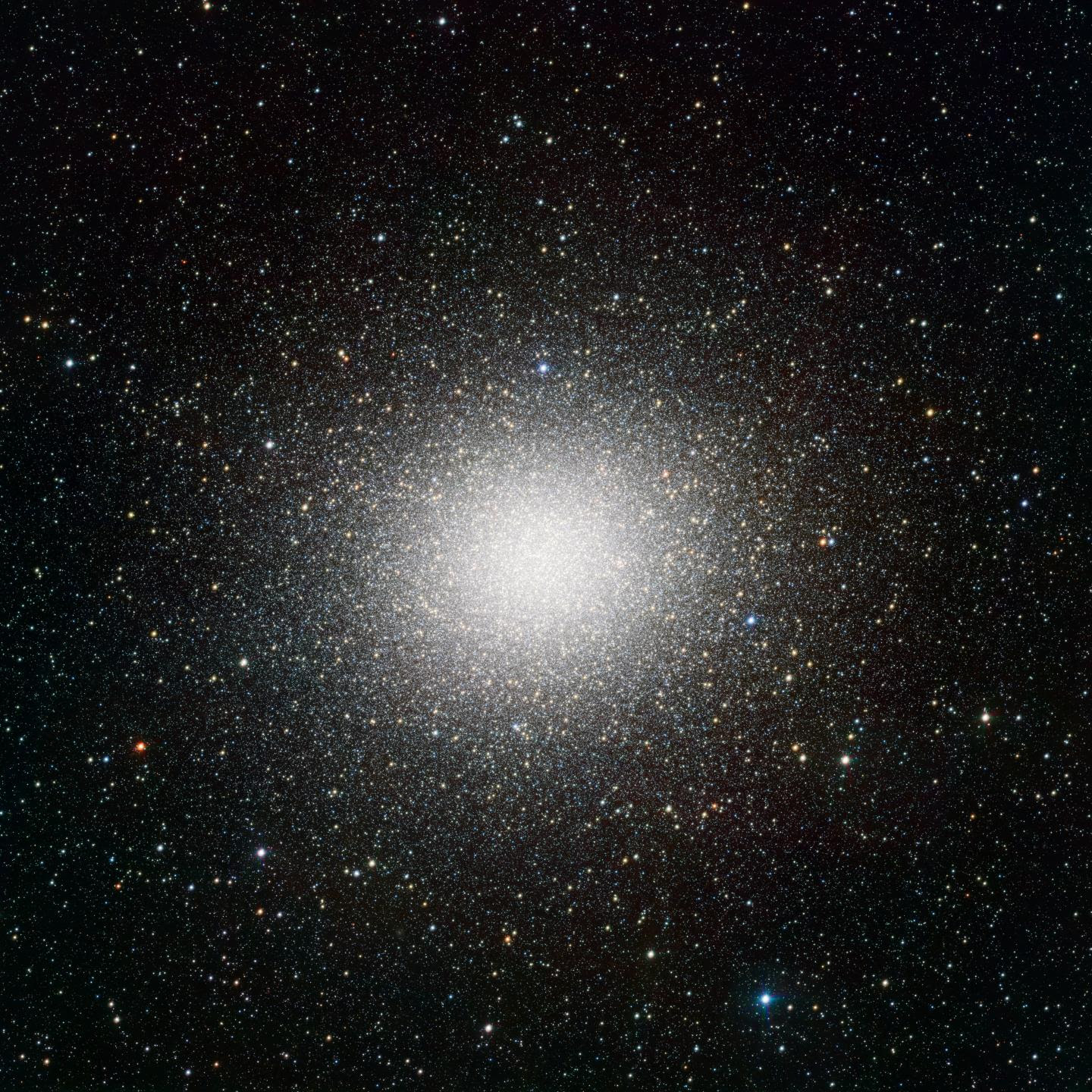 Credit: ESO/INAF-VST/OmegaCAM
The model shows the formation of stars in clusters do not all form at once, said co-author Dr Aaron Dotter, also from ANU Research School of Astronomy and Astrophysics.

"These blue stars must form in a second generation of star formation," he said. "Our new explanation is quite simple, and it hangs together really nicely."

Usually the large disc of ionised gas around a newly-forming star locks its rotation through magnetic effects. For the progenitors of blue hook stars, however, an early destruction of its disc allows the stars to spin up as the gas comes together to form a star.

Because its high rotation rate partially balances the inward force of gravity, the star consumes its hydrogen fuel more slowly and evolves differently throughout its life.

The blue hook phase of its life occurs after more than 10 billion years, when the star has consumed nearly all its hydrogen and begins burning the hotter fuel helium. The different evolution processes leave it with a heavier core which burns brighter than typical helium-burning stars.