Evidence of Key Ingredient during Dawn of Life Found

Before there were cells on Earth, simple, tiny catalysts most likely evolved the ability to speed up and synchronize the chemical reactions necessary for life to rise from the primordial soup. But what those catalysts were, how they appeared at the same time, and how they evolved into the two modern superfamilies of enzymes that translate our genetic code have not been understood.

At the dawn of life, catalysts most likely had to speed up chemical reactions to kick start the prebiotic evolution that led to biological evolution into cells. New research suggests how primordial proteins developed the ability to accelerate the central chemical reaction necessary to allow life to arise on Earth. 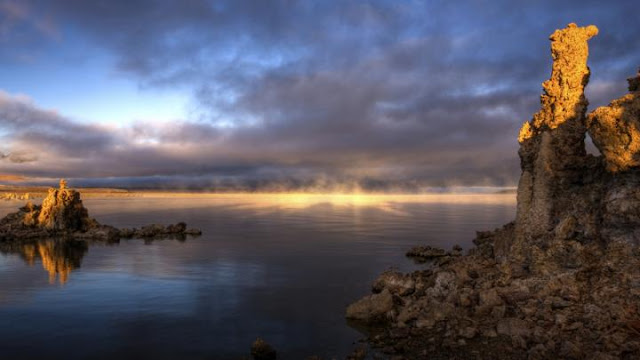 Credit:  University Of North Carolina Health Care
In the Journal of Biological Chemistry, scientists from the UNC School of Medicine provide the first direct experimental evidence for how primordial proteins developed the ability to accelerate the central chemical reaction necessary to synthesize proteins and thus allow life to arise not long after Earth was created.

This finding provides another insight into the dramatic inventions nature made as prebiotic chemistry evolved into life billions of years ago. Earlier this month, Carter and his UNC colleague Richard Wolfenden, PhD, reported in the Proceedings of the National Academy of Sciences more evidence for how amino acids were selected to match with a genetic blueprint to form proteins, the machines of living cells.

This latest paper provides evidence that the two major superfamilies of enzymes that translate the genetic code in modern biology evolved from opposite strands of the same remarkable ancestral gene.

A key obstacle in creating living things is speeding up chemical reactions that normally proceed at very slow and different speeds so that all reactions proceed at about the same rate inside cells. From this standpoint, one reaction in modern biochemistry towers above the others as an obstacle to the formation of life: the reaction that combines amino acids with adenosine triphosphate, or ATP, a molecule that transfers chemical energy within cells. This combination allows proteins to assemble spontaneously. Without a catalyst, this reaction would be slower than any of the other steps in protein synthesis by about a thousand-fold.

Scientists know that inside modern living cells there are enzymes called aminoacyl-tRNA synthetases that dramatically speed up this reaction. Like all enzymes, synthetases are remarkably sophisticated machines. They belong to two different families: Class I synthetases activate half of the twenty amino acids that link together to form proteins, and Class II synthetases activate the other half.

Carter's team devised experiments to physically take apart the synthetases to show that the necessary catalytic activity comes from parts of the enzymes that all members of each synthetase family share: the parts that bind to ATP. These parts - chains of 46 amino acids - compose about 5 to 10 percent of the total size of modern enzymes but exhibit more than 40 percent of their total activity.

Carter calls these enzyme fragments protozymes - from the Greek root "protos" meaning first. His team found that the enzymatic activity of these protozymes focuses on the activation reaction with ATP.

This catalytic activity means that the protozymes were able to form very tight complexes with the least stable, slowest-to-form structures during the transitions that occur during the chemical reactions that form proteins. These tight complexes of enzymes within these "transition states", Carter said, would be very necessary during catalysis and thus for the creation of the first life on Earth.

Surprisingly, their experiments revealed that both designer protozymes exhibited the same catalytic activity as did the protozymes Carter's team had isolated from the modern synthetases.

"We discovered that nature solved the problem of activating amino acids destined to be inside (class I) folded proteins and outside (class II) folded proteins by evolving a single gene to do both jobs," Carter said. "Moreover, the protozymes managed to do this in a most unusual way: by relying on two entirely different interpretations of the same genetic information."

Carter's previous work on Earth's earliest enzymes had pointed strongly in this direction. But his team's current research marks the first direct, experimental "proof of principle" of a hypothesis originally proposed in 1994 by two theoretical evolutionary biologists - Sergei Rodin, PhD, DSc, and Susumu Ohno, PhD, DVM - who said that one gene could encode different proteins from each of its two strands.

"We now have more information about how amino acids eventually evolved into complex molecules necessary to create life as we know it," Carter said. "But perhaps more importantly, we've been able to provide a new set of tools that will enable others to approach questions about the origin of life in ways that are scientifically sound and productive."

And there are still questions about how all this happened.

"This doesn't yet solve the central chicken and the egg problem," Carter said. "Even the designed protozyme requires a ribosome to synthesize it and lead to protein creation. But what we've shown is that blueprints for life actually contained more information than anyone had realized because both strands of the ancestral gene were responsible for encoding the two classes of synthetases needed for the creation of proteins."

This result unifies what scientists previously considered to be two distinct superfamilies of modern enzymes and greatly simplifies the complex process of forming the diversity of catalysts necessary for life: both catalysts were available at the same times and places before there were cells to package life's machinery.