DNA from the 8,500-year-old skeleton of an adult man found in 1996, in Washington, is more closely related to Native American populations than to any other population in the world, according to an international collaborative study conducted by scientists at the University of Copenhagen and the Stanford University School of Medicine. 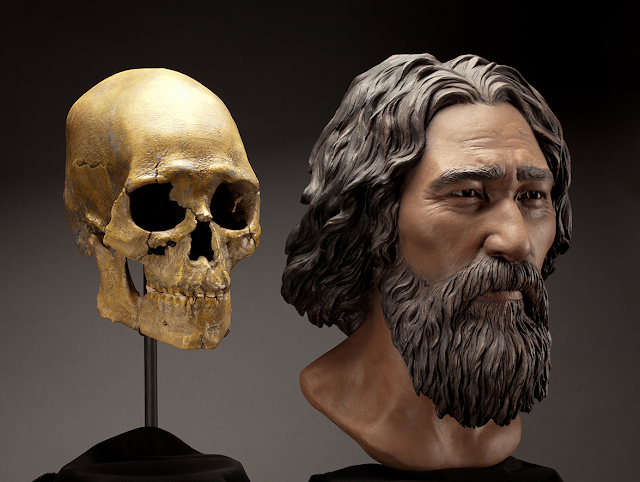 The finding challenges a 2014 study that concluded, based on anatomical data, that Kennewick Man was more related to indigenous Japanese or Polynesian peoples than to Native Americans. The study is likely to reignite a long-standing legal dispute regarding the skeleton's provenance and its eventual fate.

"Using ancient DNA, we were able to show that Kennewick Man is more closely related to Native Americans than any other population," said postdoctoral scholar Morten Rasmussen, PhD. "Due to the massive controversy surrounding the origins of this sample, the ability to address this will be of interest to both scientists and tribal members."

Rasmussen is the lead author of the research, published online June 17 in Nature. The senior author of the study is Eske Willerslev, PhD, from the University of Copenhagen's Centre for GeoGenetics. Rasmussen initiated the study at the Centre for GeoGenetics and completed the analysis of the DNA sequences at Stanford, working with Carlos Bustamante, PhD, professor of genetics.

The skeleton, known as Kennewick Man, is called the Ancient One by Native American groups, which believe the bones are those of a long-ago ancestor. In 2004, five Native American tribes of the Pacific Northwest requested repatriation of the remains for reburial, but the proceedings were halted to allow further investigation into the skeleton's origins.

Now an exhaustive genetic study of the tiny bits of ancient DNA from a bone in the skeleton's hand refutes the conclusions of the 2014 study. The researchers used the latest in DNA isolation and sequencing techniques to pick out and analyze the skeleton's DNA.

"Although the exterior preservation of the skeleton was pristine, the DNA in the sample was highly degraded and dominated by DNA from soil bacteria and other environmental sources," said Rasmussen. "With the little material we had available, we applied the newest methods to squeeze every piece of information out of the bone."

The researchers compared the DNA sequences from the skeleton with those of modern Native Americans. They concluded that, although it is impossible to assign Kennewick Man to a particular tribe, he is closely related to members of the Confederated Tribes of the Colville Reservation in Washington.

Willerslev and Bustamante are well-known for their studies of ancient DNA. Willerslev and Rasmussen recently published the genome of a young child, known as the Anzick boy, buried more than 12,000 years ago in Montana. That study showed that the boy was also closely related to modern Native American groups, in particular those of South and Central America. In 2012, Bustamante and colleagues used DNA from the 5,300-year-old Iceman mummy called Otzi to show the man likely hailed from the Mediterranean island of Sardinia rather than the frigid Alps, where his body was found.

"Advances in DNA sequencing technology have given us important new tools for studying the great human diasporas and the history of indigenous populations," said Bustamante. "Now we are seeing its adoption in new areas, including forensics and archeology. The case of Kennewick Man is particularly interesting given the debates surrounding the origins of Native American populations. Morten's work aligns beautifully with the oral history of native peoples and lends strong support for their claims. I believe that ancient DNA analysis could become standard practice in these types of cases since it can provide objective means of assessing both genetic ancestry and relatedness to living individuals and present-day populations."