You might think that you can get away with eating fatty foods for a few days without it making any significant changes to your body.

After just five days of eating a high-fat diet, the way in which the body's muscle processes nutrients changes, which could lead to long-term problems such as weight gain, obesity, and other health issues, a new study has found. 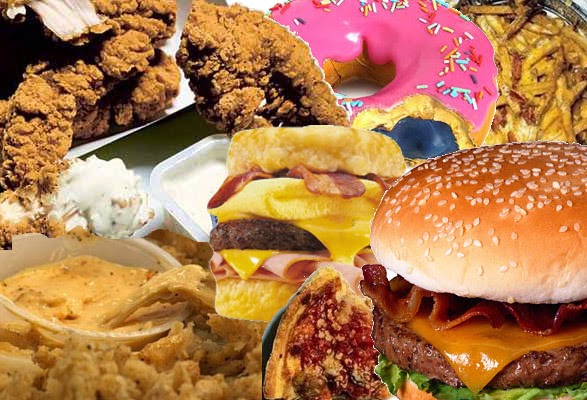 "Most people think they can indulge in high-fat foods for a few days and get away with it," said Matt Hulver, an associate professor of human nutrition, foods, and exercise in the Virginia Tech College of Agriculture and Life Sciences. "But all it takes is five days for your body's muscle to start to protest."

In an article published recently in the online version of the journal Obesity, Hulver and other Virginia Tech researchers found that the manner in which muscle metabolizes nutrients is changed in just five days of high-fat feeding. This is the first study to prove that the change happens so quickly.

"This shows that our bodies are can respond dramatically to changes in diet in a shorter time frame than we have previously thought," said Hulver, who is the head of the department and a Fralin Life Science Institute affiliate. "If you think about it, five days is a very short time. There are plenty of times when we all eat fatty foods for a few days, be it the holidays, vacations, or other celebrations. But this research shows that those high-fat diets can change a person's normal metabolism in a very short timeframe."

When food is eaten, the level of glucose in the blood rises. The body's muscle is a major clearinghouse for this glucose. It may break it down for energy, or it can store it for later use. Since muscle makes up about 30 percent of our body weight and it is such an important site for glucose metabolism, if normal metabolism is altered, it can have dire consequences on the rest of the body and can lead to health issues.

Hulver and his colleagues found that muscles' ability to oxidize glucose after a meal is disrupted after five days of eating a high-fat diet, which could lead to the body's inability to respond to insulin, a risk factor for the development of diabetes and other diseases.

To conduct the study, healthy college-age students were fed a fat-laden diet that included sausage biscuits, macaroni and cheese, and food loaded with butter to increase the percentage of their daily fat intake. A normal diet is made up of about 30 percent fat and students in this study had diets that were about 55 percent fat. Their overall caloric intake remained the same as it was prior to the high fat diet. Muscle samples were then collected to see how it metabolized glucose. Although the study showed the manner in which the muscle metabolized glucose was altered, the students did not gain weight or have any signs of insulin resistance.