The ability to make a Lower Paleolithic hand axe depends on complex cognitive control by the prefrontal cortex, including the "central executive" function of working memory, a new study finds. 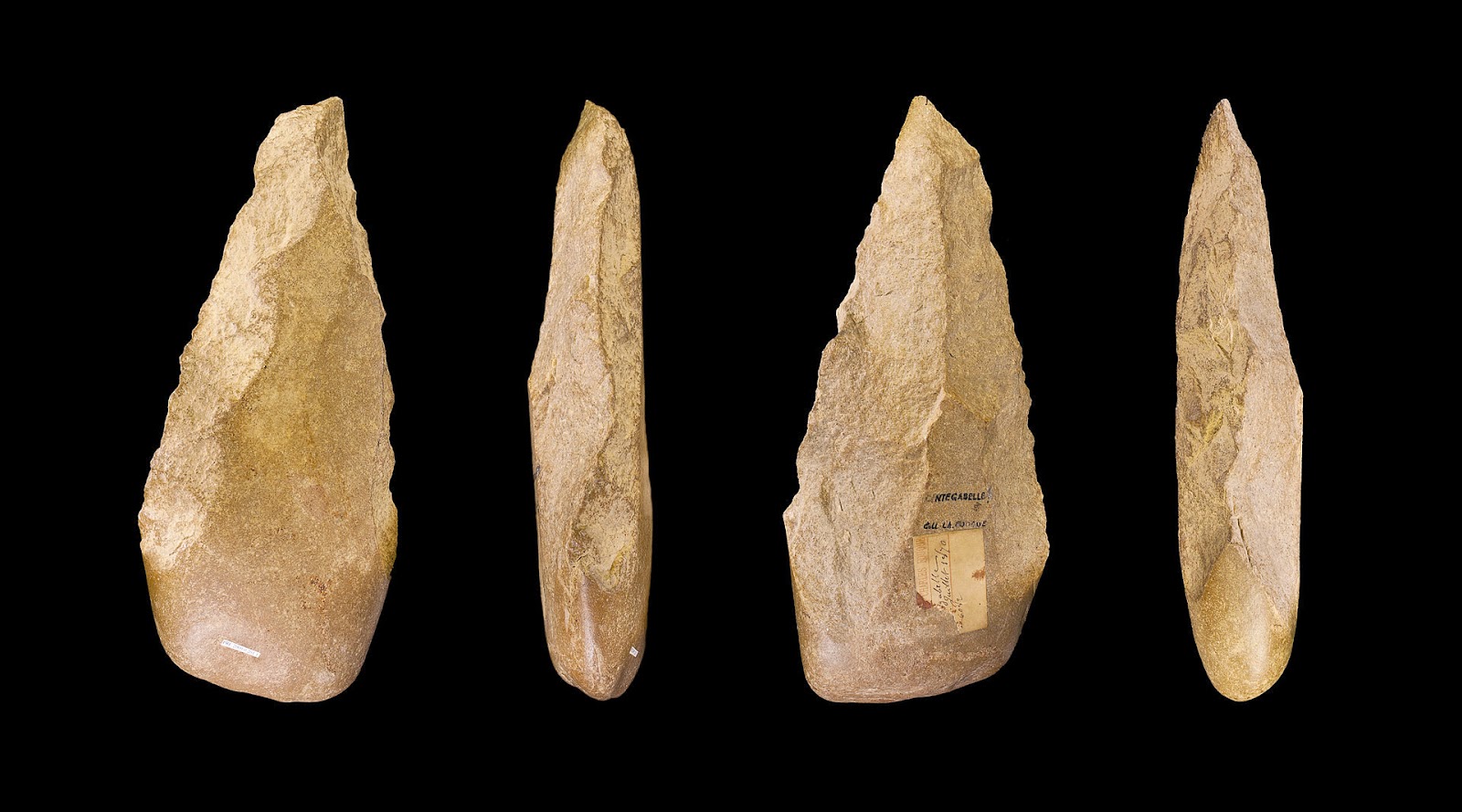 PLOS ONE published the results, which knock another chip off theories that Stone Age hand axes are simple tools that don't involve higher-order executive function of the brain.

"For the first time, we've showed a relationship between the degree of prefrontal brain activity, the ability to make technological judgments, and success in actually making stone tools," says Dietrich Stout, an experimental archeologist at Emory University and the leader of the study. "The findings are relevant to ongoing debates about the origins of modern human cognition, and the role of technological and social complexity in brain evolution across species."

The skill of making a prehistoric hand axe is "more complicated and nuanced than many people realize," Stout says. "It's not just a bunch of ape-men banging rocks together. We should have respect for Stone Age tool makers."

The study's co-authors include Bruce Bradley of the University of Exeter in England, Thierry Chaminade of Aix-Marseille University in France; and Erin Hecht and Nada Khreisheh of Emory University.

Stone tools - shaped by striking a stone "core" with a piece of bone, antler, or another stone - provide some of the most abundant evidence of human behavioral change over time. Simple Oldowan stone flakes are the earliest known tools, dating back 2.6 million years. The Late Acheulean hand axe goes back 500,000 years. While it's relatively easy to learn to make an Oldowan flake, the Acheulean hand axe is harder to master, due to its lens-shaped core tapering down to symmetrical edges. 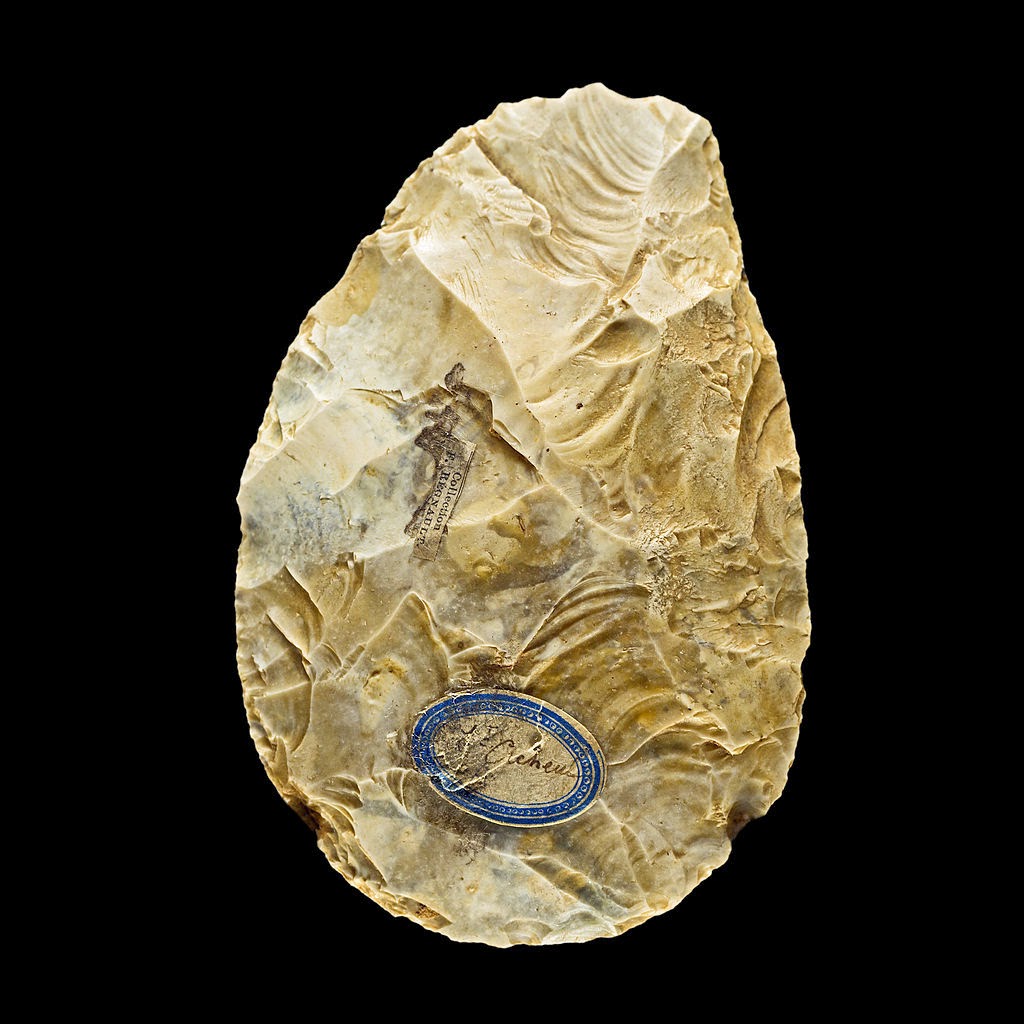 "We wanted to tease apart and compare what parts of the brain were most actively involved in these stone tool technologies, particularly the role of motor control versus strategic thinking," Stout says.

The researchers recruited six subjects, all archeology students at Exeter University, to train in making stone tools, a skill known as "knapping." The subjects' skills were evaluated before and after they trained and practiced. For Oldowan evaluations, subjects detached five flakes from a flint core. For Acheulean evaluations, they produced a tool from a standardized porcelain core.

At the beginning, middle and end of the 18-month experiment, subjects underwent functional magnetic resonance imaging (fMRI) and diffusion tensor imaging (DTI) scans of their brains while they watched videos. The videos showed rotating stone cores marked with colored cues: A red dot indicated an intended point of impact, and a white area showed the flake predicted to result from the impact. The subjects were asked the following questions:

"If the core were struck in the place indicated, is what you see a correct prediction of the flake that would result?"

"Is the indicated place to hit the core a correct one given the objective of the technology?"

The subjects responded by pushing a "yes" or "no" button.

Answering the first question, how a rock will break if you hit it in a certain place, relies more on reflexive, perceptual and motor-control processes, associated with posterior portions of the brain. Stout compares it to the modern-day rote reflex of a practiced golf swing or driving a car.

The second question - is it a good idea to hit the core in a certain spot if you want to make a hand axe - involves strategic thinking, such as planning the route for a road trip. "You have to think about information that you have stored in your brain, bring it online, and then make a decision about each step of the trip," Stout says.

This so-called executive control function of the brain, associated with activity in the prefrontal cortex, allows you to project what's going to happen in the future and use that projection to guide your action. "It's kind of like mental time travel, or using a computer simulation," Stout explains. "It's considered a high level, human cognitive capacity."

The researchers mapped the skill level of the subjects onto the data from their brain scans and their responses to the questions.

Greater skill at making tools correlated with greater accuracy on the video quiz for predicting the correct strategy for making a hand axe, which was itself correlated with greater activity in the prefrontal cortex. "These data suggest that making an Acheulean hand axe is not simply a rote, auto pilot activity of the brain," Stout says. "It requires you to engage in some complicated thinking."

Most of the hand axes produced by the modern hands and minds of the study subjects would not have cut it in the Stone Age. "They weren't up to the high standards of 500,000 years ago," Stout says.

A previous study by the researchers showed that learning to make stone tools creates structural changes in fiber tracts of the brain connecting the parietal and frontal lobes, and that these brain changes correlated with increases in performance. "Something is happening to strengthen this connection," Stout says. "This adds to evidence of the importance of these brain systems for stone tool making, and also shows how tool making may have shaped the brain evolutionarily."

Stout recently launched a major, three-year archeology experiment that will build on these studies and others. Known as the Language of Technology project, the experiment involves 20 subjects who will each devote 100 hours to learning the art of making a Stone Age hand axe, and also undergo a series of MRI scans. The project aims to hone in whether the brain systems involved in putting together a sequence of words to make a meaningful sentence in spoken language overlap with systems involved in putting together a series of physical actions to reach a meaningful goal.