Shred a document, and you can piece it back together. Burn a book, and you could theoretically do the same. But send information into a black hole, and it's lost forever.  The 'information loss paradox' in black holes -- a problem that has plagued physics for nearly 40 years -- may not exist

That's what some physicists have argued for years: That black holes are the ultimate vaults, entities that suck in information and then evaporate without leaving behind any clues as to what they once contained.

An artist's impression shows the surroundings of a supermassive black hole at the heart of the active galaxy NGC 3783 in the southern constellation of Centaurus. A new University at Buffalo study finds that -- contrary to what some physicists have argued for the years -- information is not lost once it has entered a black hole. The research presents explicit calculations showing how information is, in fact, preserved. 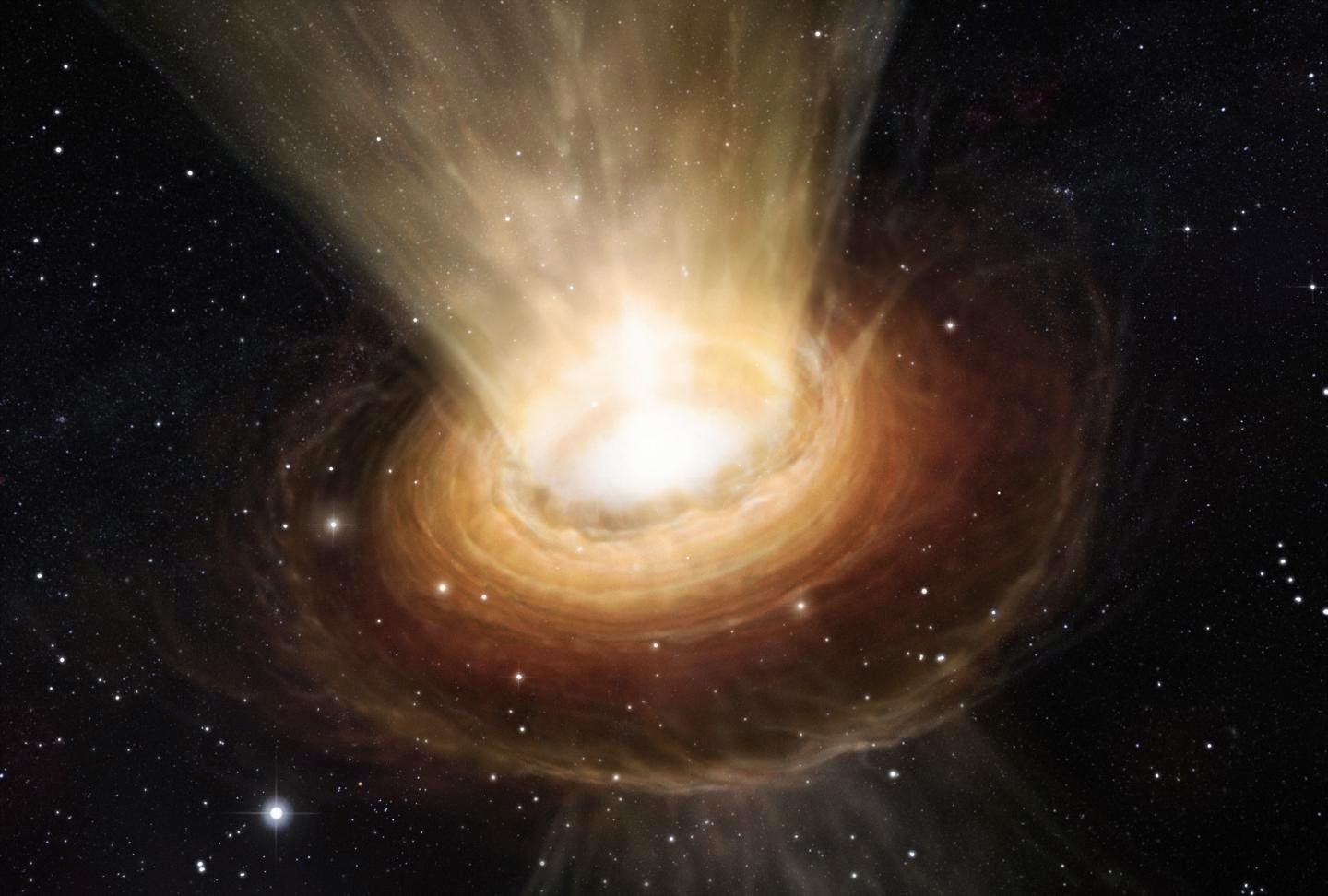 But new research shows that this perspective may not be correct.

"According to our work, information isn't lost once it enters a black hole," says Dejan Stojkovic, PhD, associate professor of physics at the University at Buffalo. "It doesn't just disappear."

This is an important discovery, Stojkovic says, because even physicists who believed information was not lost in black holes have struggled to show, mathematically, how this happens. His new paper presents explicit calculations demonstrating how information is preserved, he says.

The research marks a significant step toward solving the "information loss paradox," a problem that has plagued physics for almost 40 years, since Stephen Hawking first proposed that black holes could radiate energy and evaporate over time. This posed a huge problem for the field of physics because it meant that information inside a black hole could be permanently lost when the black hole disappeared -- a violation of quantum mechanics, which states that information must be conserved.

In the 1970s, Hawking proposed that black holes were capable of radiating particles, and that the energy lost through this process would cause the black holes to shrink and eventually disappear. Hawking further concluded that the particles emitted by a black hole would provide no clues about what lay inside, meaning that any information held within a black hole would be completely lost once the entity evaporated.

Though Hawking later said he was wrong and that information could escape from black holes, the subject of whether and how it's possible to recover information from a black hole has remained a topic of debate.

Stojkovic and Saini's new paper helps to clarify the story.

Instead of looking only at the particles a black hole emits, the study also takes into account the subtle interactions between the particles. By doing so, the research finds that it is possible for an observer standing outside of a black hole to recover information about what lies within.

"These correlations were often ignored in related calculations since they were thought to be small and not capable of making a significant difference," Stojkovic says. "Our explicit calculations show that though the correlations start off very small, they grow in time and become large enough to change the outcome."

Contacts and sources:
Charlotte Hsu
University of Buffalo
on April 02, 2015