Half the heavy elements in nature are created during stellar explosions such as supernovae or star collisions. Analyzing deep-sea samples of stardust that fell to Earth over millions of years, researchers made a surprising discovery about how frequently far-away stars produce heavy elements like gold and uranium. "Our analysis shows about 100 times less plutonium than we expected," says co-author Prof. Michael Paul at the Hebrew University's Racah Institute of Physics. 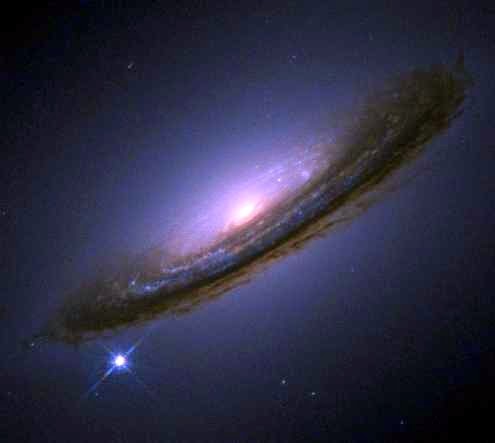 Researchers combing the ocean depths have made a surprising discovery about the frequency with which stars beyond our solar system produce special heavy elements such as gold and uranium.

Stellar explosions such as supernovae or star collisions emit extremely bright light and vast amounts of energy and heavy matter. Half of the heavy elements in nature, including gold and uranium, are created during such events, yet their frequency and their very sites in the Galaxy remain a mystery.

By analyzing samples from the deep-sea floor that accumulated over millions of years, an international team of researchers concluded that the frequency of such events is much lower than expected.

The researchers analyzed core samples collected from the Pacific Ocean floor at about 4500 m water depth. They measured Pu-244, a rare isotope of plutonium that accumulated in the deep sea from the deposition of interstellar particles.

According to study co-author Prof. Michael Paul at the Hebrew University of Jerusalem's Racah Institute of Physics, "Our analysis of galactic debris that fell to Earth and settled in our oceans shows about 100 times less plutonium than we originally expected."

According to Prof. Paul, "The stellar dust that collects in our oceans provides new information about the far reaches of space as well as our own planet. Our research challenges current theories about supernovae and compounds the mystery surrounding how our solar system received its share of heavy elements. However it could be consistent with a particular astrophysical scenario, namely collisions or mergers of two neutron stars in the Milky Way Galaxy."

The findings are published in the January 2015 edition of the prestigious journal Nature Communications, as "Abundance of live 244Pu in deep-sea reservoirs on Earth points to rarity of actinide nucleosynthesis."

Partial funding for the research was provided by the Israel Science Foundation.