Out Of The Pouch: Ancient DNA From Extinct Giant Roos

Scientists have finally managed to extract DNA from Australia's extinct giant kangaroos ─ the mysterious marsupial megafauna that roamed Australia over 40,000 years ago.

A team of scientists led by Dr Bastien Llamas and Professor Alan Cooper from the University of Adelaide's Australian Centre for Ancient DNA (ACAD) have extracted DNA sequences from two species: a giant short-faced kangaroo (Simosthenurus occidentalis) and a giant wallaby (Protemnodon anak). These specimens died around 45,000 years ago and their remains were discovered in a cold and dry cave in Tasmania.

This is the skull of an extinct short-faced kangaroo (Simosthenurus occidentalis). Ancient DNA from these animals reveals they are a highly distinct evolutionary lineage. 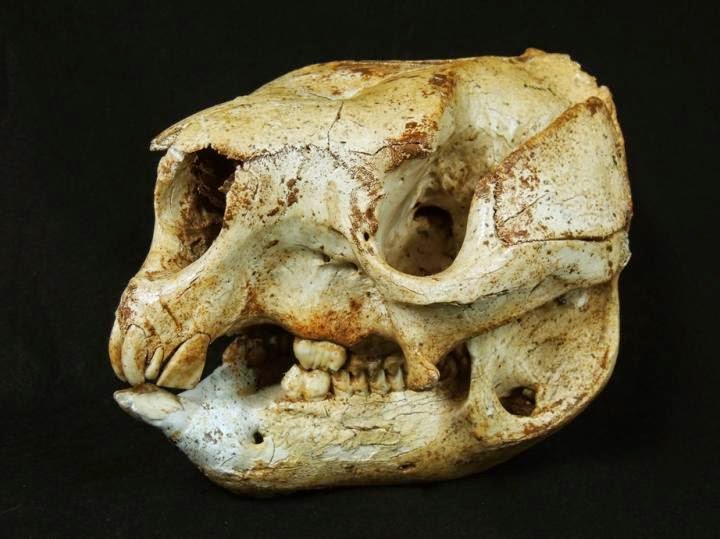 “The ancient DNA reveals that extinct giant wallabies are very close relatives of large living kangaroos, such as the red and western grey kangaroos,” says lead author Dr Bastien Llamas, ACAD senior research associate. “Their skeletons had suggested they were quite primitive macropods─a group that includes kangaroos, wallabies, pademelons and quokkas─but now we can place giant wallaby much higher up the kangaroo family tree."

The research has also confirmed that short-faced kangaroos are a highly distinct lineage of macropods, which had been predicted on their unusual anatomy. 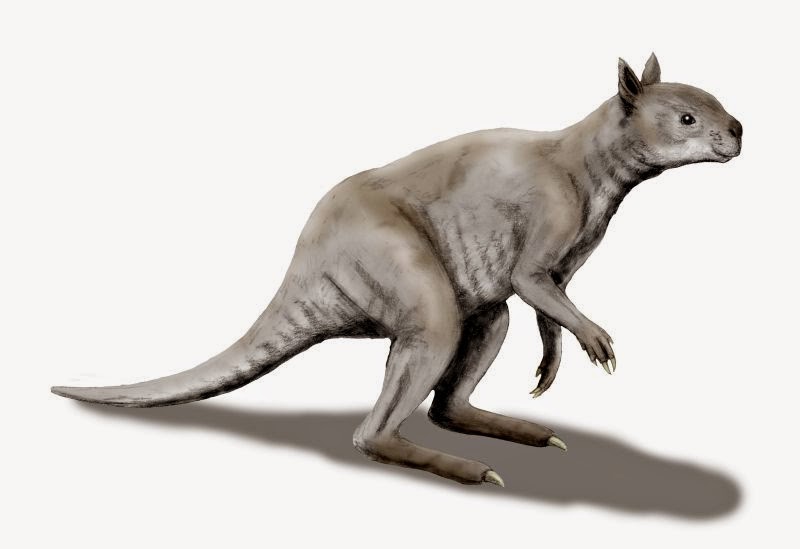 Generally poor preservation conditions and the age of Australian megafaunal remains has prevented retrieval of its DNA until now, although complete nuclear or mitochondrial genomes have been previously obtained from extinct megafauna from Eurasia, the Americas, and New Zealand. Scientists attempting to decipher the evolutionary relationships of the Australian megafauna were previously restricted to using information from bones.

“In addition to poor DNA preservation, most of the extinct Australian megafauna do not have very close relatives roaming around today, which makes it more difficult to retrieve and interpret the genetic data,” says Dr Llamas. "Together with my colleagues Alan Cooper and Paul Brotherton, we had to think hard about experimental and bioinformatics approaches to overcome more than 10 million years of divergent evolution between the extinct and living species.”

Although ancient DNA confirms that the short-faced kangaroos left no descendants, it also shows their closest living cousin could be the banded hare-wallaby (Lagostrophus fasciatus), which is now restricted to small isolated islands off the coast of Western Australia.

“Our results suggest the banded hare-wallaby is the last living representative of a previously diverse lineage of kangaroos. It will hopefully further encourage and justify conservation efforts for this endangered species,” says co-author Professor Mike Lee of the South Australian Museum and the University’s School of Biological Sciences.

The research is published online (ahead of print) in Molecular Biology and Evolution.