New Laser Could Upgrade The Images In Tomorrow’s Technology

A new semiconductor laser developed at Yale has the potential to significantly improve the imaging quality of the next generation of high-tech microscopes, laser projectors, photo lithography, holography, and biomedical imaging.

Based on a chaotic cavity laser, the technology combines the brightness of traditional lasers with the lower image corruption of light emitting diodes (LEDs). The search for better light sources for high-speed, full-field imaging applications has been the focus of intense experimentation and research in recent years. 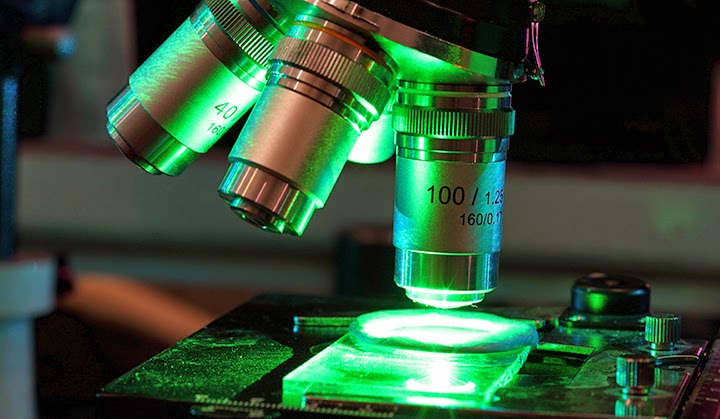 The new laser is described in a paper in the Jan. 19 online edition of the Proceedings of the National Academy of Sciences. Several Yale labs and departments collaborated on the research, with contributions from scientists in applied physics, electrical and biomedical engineering, and diagnostic radiology.

“This chaotic cavity laser is a great example of basic research ultimately leading to a potentially important invention for the social good,” said co-author A. Douglas Stone, the Carl A. Morse Professor and chair of applied physics, and professor of physics. “All of the foundational work was primarily motivated by a desire to understand certain classes of lasers — random and chaotic — with no known applications. Eventually, with input from other disciplines, we discovered that these lasers are uniquely suited for a wide class of problems in imaging and microscopy.”

One of those problems is known as “speckle.” Speckle is a random, grainy pattern, caused by high spatial coherence that can corrupt the formation of images when traditional lasers are used. A way to avoid such distortion is by using LED light sources. The problem is, LEDs are not bright enough for high-speed imaging.

The new, electrically pumped semiconductor laser offers a different approach. It produces an intense emission, but with low spatial coherence.

Co-author Michael A. Choma, assistant professor of diagnostic radiology, pediatrics, and biomedical engineering, said laser speckle is a major barrier in the development of certain classes of clinical diagnostics that use light. “It is tremendously rewarding to work with a team of colleagues to develop speckle-free lasers,” Choma said. “It also is exciting to think about the new kinds of clinical diagnostics we can develop.”

Redding and Cao designed, fabricated, and tested the new laser. Lee and Huang grew the laser’s semiconductor wafer via molecular beam epitaxy, and helped in fabrication and testing. Choma aided in the design and performance criteria for the laser, provided expertise in spatial coherence and speckle in imaging, and is working with Redding to apply the laser for full-field imaging at Yale School of Medicine. Stone and Cerjan modeled the laser and analyzed its characteristics.