Babies learn best when they are sleepy

* Bedtime stories are invaluable for a child's development

Napping helps infants to develop their memory and retain new behaviours they have learnt, a new study from the University of Sheffield has revealed.

Babies devote the majority of their time to sleeping, but until now very little was known about the links between sleep and the unprecedented levels of growth and development that take place during their first ye.
ar of life.

This is Dr Jane Herbert conducting the study. 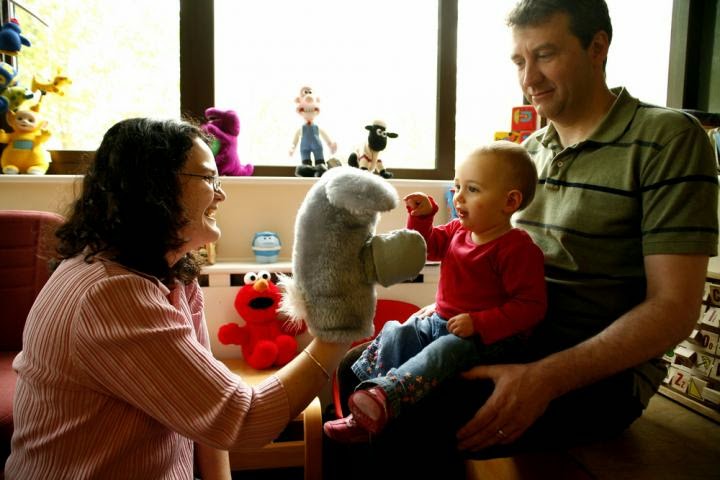 In a study, which is the first of its kind, researchers from the University of Sheffield and Ruhr University Bochum, Germany, found that the notion of 'sleeping like a baby' is extremely important in declarative memory consolidation - such as retaining facts, events and knowledge.

The youngsters were shown how to remove and manipulate a mitten from a hand puppet and were given the opportunity to reproduce these actions after delays of four and 24 hours.

Infants who did not nap after learning were compared with age-matched infants who napped for at least 30 minutes within four hours of learning the target actions.

The study, which is published in the Proceedings of the National Academy of Sciences of the United States of America (PNAS), showed that only infants who had napped after the learning activity remembered the target actions whilst those who hadn't napped showed no evidence of remembering the new information and behaviour.

After a 24 hour delay children in the napping group also exhibited significantly better recall compared with infants in the no-nap group.

Researcher Dr Jane Herbert, from the University of Sheffield's Department of Psychology, said: "These findings are particularly interesting to both parents and educationalists because they suggest that the optimal time for infants to learn new information is just before they have a sleep.

"Until now people have presumed that the best time for infants to learn is when they are wide-awake, rather than when they are starting to feel tired, but our results show that activities occurring just before infants have a nap can be particularly valuable and well-remembered."

Naps of shorter than 30 minutes were shown not to provide sufficient time for infants to consolidate their knowledge such that it could be retained over the long term.

"Parents receive lots of advice about what they should and shouldn't do with their baby's sleep schedule," said Dr Herbert.

"This study however examined learning opportunities around naturally occurring naps and shows just how valuable activities like reading books with young children just before they go down to sleep can be."

Existing research has previously shown the enormous benefits sleep can have on adult memory abilities. Sleep has been proved to help adults gain new insights in previously encountered problems, or to flexibly apply existing knowledge to novel tasks.

The international research group will now look at whether sleep not only enhances the quantity of infants' memory, for example how much is remembered, but also the quality of memory such as how the recollections are used.

Contacts and sources:
University of Sheffieldv
on January 13, 2015