Scientists have reconstructed the past climate for the region around Cantona, a large fortified city in highland Mexico, and found the population drastically declined in the past, at least in part because of climate change.

Cantona was one of the largest cities in pre-Columbian Mesoamerica, with a population of 90,000 inhabitants at its peak. Scientists believe climate change was part of the reason the city was eventually abandoned. 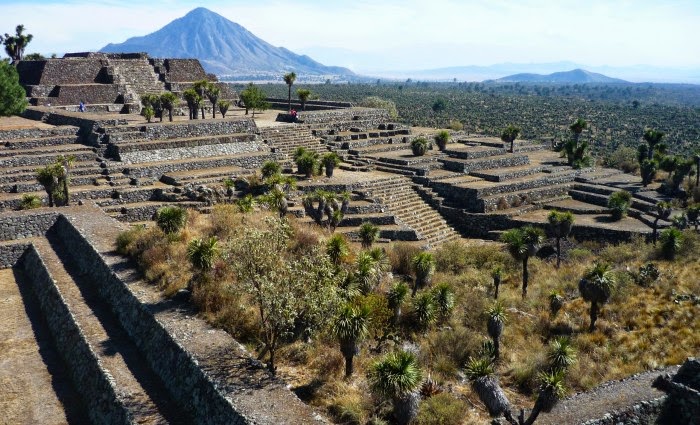 The research appears in the online edition of the Proceedings of the National Academy of Sciences for the week of Jan. 26.

Lawrence Livermore researcher Susan Zimmerman and colleagues analyzed pollen, stable isotopes and elemental concentrations, which serve as proxies of past climatic and environmental conditions from lake sediments in the region and found evidence of a regional drought between 500 and 1150 AD, about the same time Cantona was abandoned.

Using Lawrence Livermore's Center for Accelerator Mass Spectrometry, the team -- consisting of from the University of California, Berkeley; Universidad Nacional Autonóma de Mexico; and the GFZ German Research Center for Geosciences -- dated terrestrial organic material from 12-meter long sediment cores from the lake to establish the age control for this study. Radiocarbon dating and an age model showed that the centennial-scale arid interval between 500 and 1150 was overlaid on a long-term drying trend. The cores cover the last 6,200 years; however, the team focused on the last 3,800 years.

"We found that Cantona's population grew in the initial phases of the drought, but by 1050 AD long-term environmental stress (the drought) contributed to the city's abandonment," Zimmerman and colleagues said. "Our research highlights the interplay of environmental and political factors in past human responses to climate change."

Cantona was one of the largest cities in pre-Columbian Mesoamerica, with a population of 90,000 inhabitants. It is in a semiarid basin east of Mexico City. 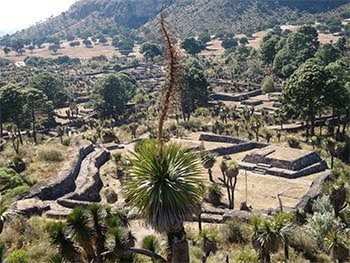 The team conducted a subcentennial reconstruction of regional climate by taking sediment samples from a nearby crater lake, Aljojuca. The modern climate of the region suggests that proxy data from the sediments record changes in summer monsoonal (May through October) precipitation.

"Our results suggest that climate change played a contributing role in the site's history," Zimmerman said.