University of Alberta paleontologists including PhD student Tetsuto Miyashita, former MSc student Lida Xing and professor Philip Currie have discovered a new species of a long-necked dinosaur from a skeleton found in China. The findings have been published in a new paper in the Journal of Vertebrate Paleontology.

Qijianglong (pronounced "CHI-jyang-lon") is about 15 metres in length and lived about 160 million years ago in the Late Jurassic. The name means "dragon of Qijiang," for its discovery near Qijiang City, close to Chongqing. The fossil site was found by construction workers in 2006, and the digging eventually hit a series of large neck vertebrae stretched out in the ground. Incredibly, the head of the dinosaur was still attached. "It is rare to find a head and neck of a long-necked dinosaur together because the head is so small and easily detached after the animal dies," explains Miyashita.

This illustration shows what the newly discovered long-necked dinosaur may have looked like. 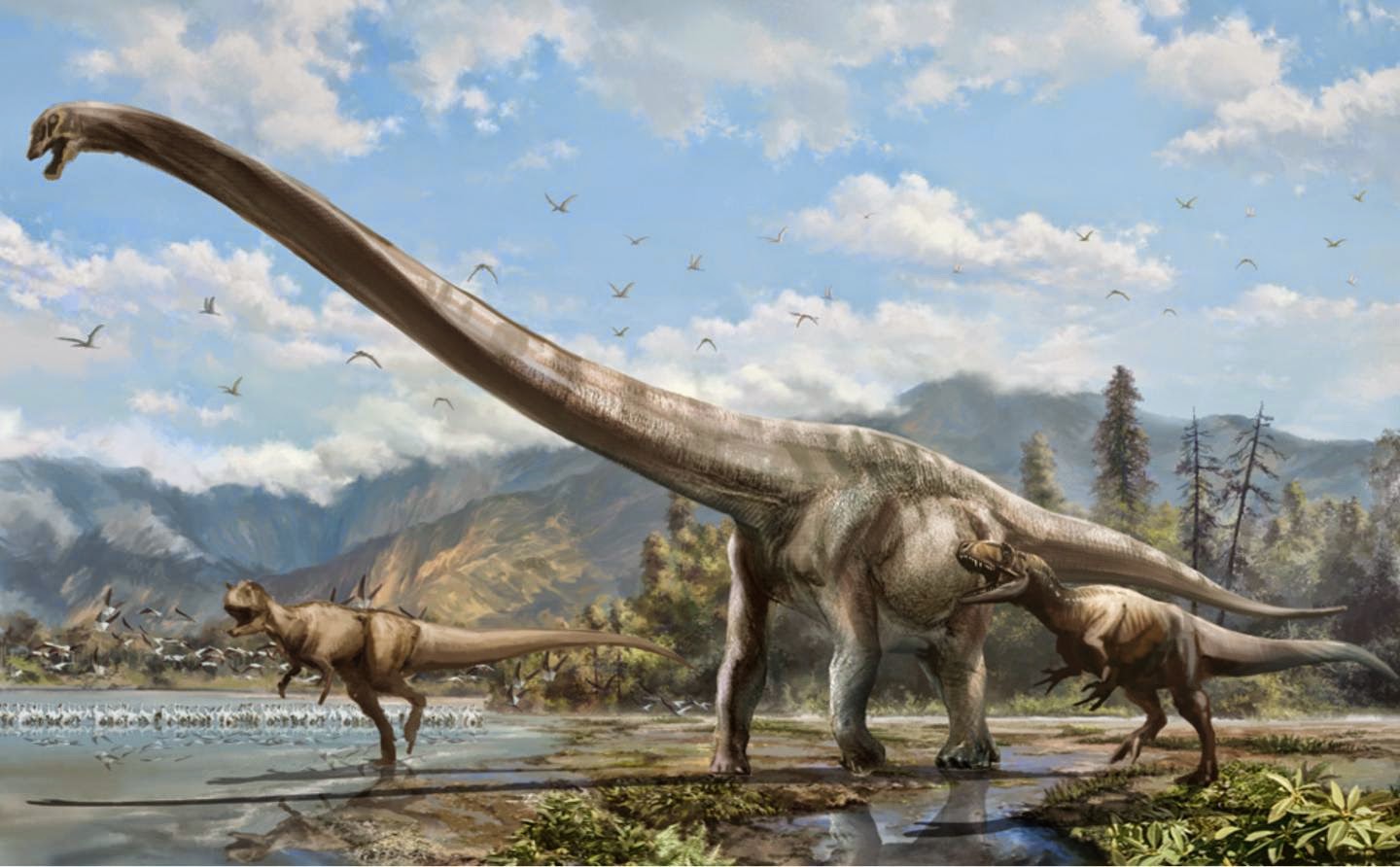 Unique among mamenchisaurids, Qijianglong had neck vertebrae that were filled with air, making their necks relatively lightweight despite their enormous size. Interlocking joints between the vertebrae also indicate a surprisingly stiff neck that was much more mobile bending vertically than sideways, similar to a construction crane.

"Qijianglong is a cool animal. If you imagine a big animal that is half-neck, you can see that evolution can do quite extraordinary things." says Miyashita.

This shows the reconstructed skeleton of the newly-discovered dinosaur in the gallery of Qijiang Museum, China. 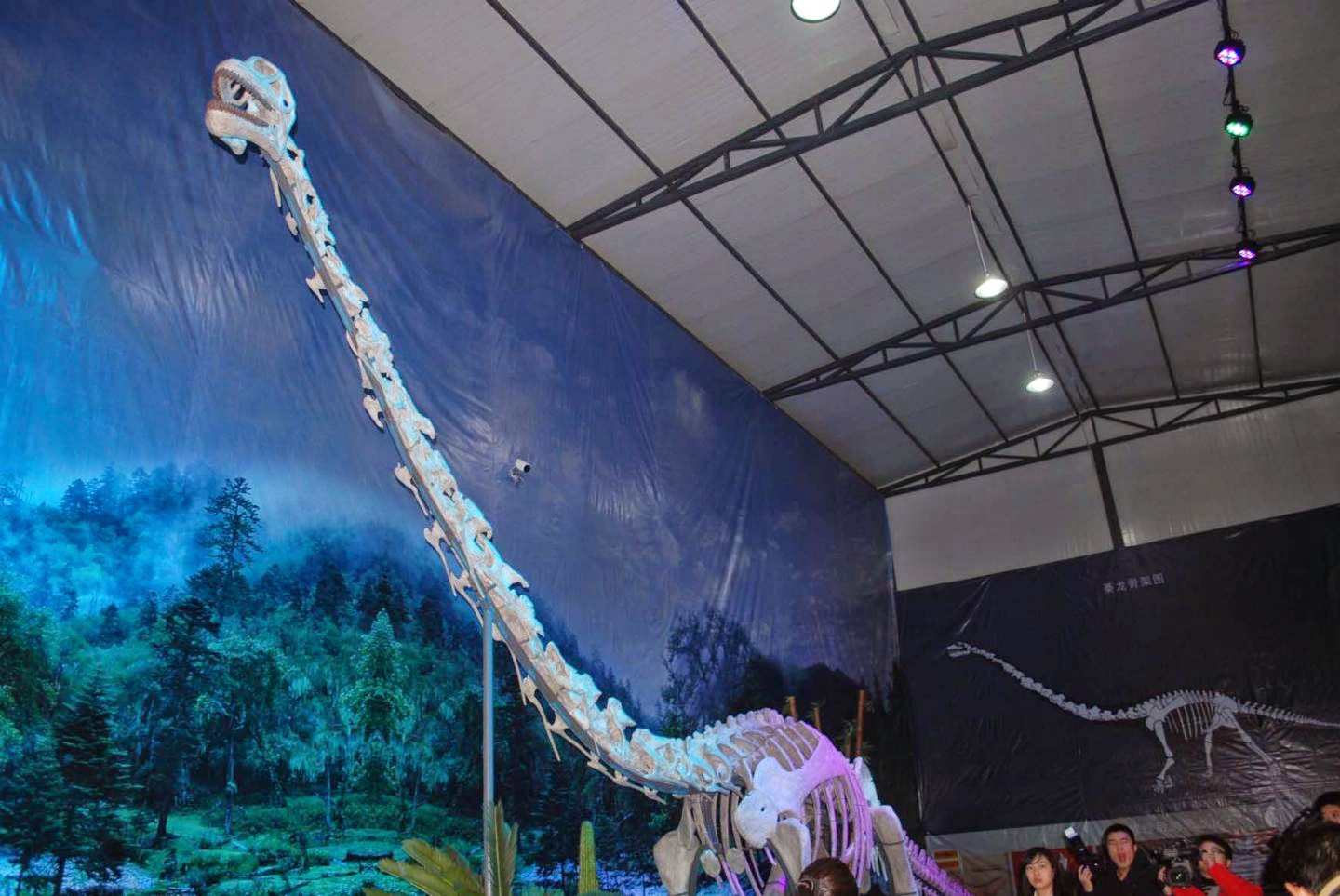 Mamenchisaurids are only found in Asia, but the discovery of Qijianglong reveals that there could be as many differences among mamenchisaurids as there are between long-necked dinosaurs from different continents.

"Qijianglong shows that long-necked dinosaurs diversified in unique ways in Asia during Jurassic times--something very special was going on in that continent," says Miyashita. "Nowhere else we can find dinosaurs with longer necks than those in China. The new dinosaur tells us that these extreme species thrived in isolation from the rest of the world."

Miyashita believes that mamenchisaurids evolved into many different forms when other long-necked dinosaurs went extinct in Asia. "It is still a mystery why mamenchisaurids did not migrate to other continents," he says. It is possible that the dinosaurs were once isolated as a result of a large barrier such as a sea, and lost in competition with invading species when the land connection was restored later.

The Qijianglong skeleton is now housed in a local museum in Qijiang. "China is home to the ancient myths of dragons," says Miyashita, "I wonder if the ancient Chinese stumbled upon a skeleton of a long-necked dinosaur like Qijianglong and pictured that mythical creature."