Public screenings have become an important part of major sports events. In the future, we will be able to enjoy them in 3D, thanks to a new invention from Austrian scientists. A sophisticated laser system sends laser beams into different directions. Therefore, different pictures are visible from different angles. The angular resolution is so fine that the left eye is presented a different picture than the right one, creating a 3D effect.

In 2013, the young start-up company TriLite Technologies had the idea to develop this new kind of display, which sends beams of light directly to the viewers' eyes. The highly interdisciplinary project was carried out together with the Vienna University of Technology. 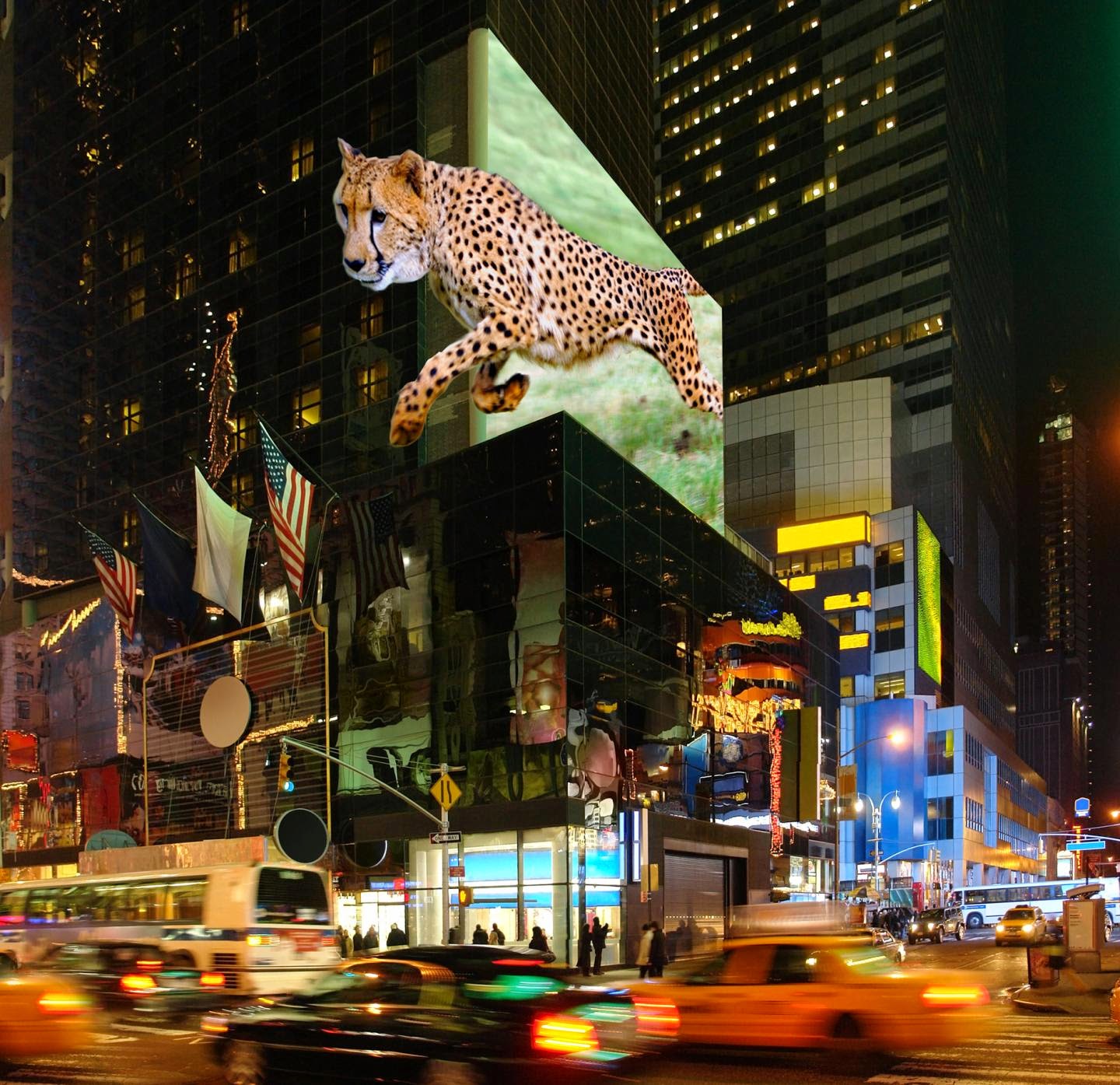 A Start-up Company and a University

Together, TriLite and TU Vienna have created the first prototype. Currently it only has a modest resolution of five pixels by three, but it clearly shows that the system works. "We are creating a second prototype, which will display colour pictures with a higher resolution. But the crucial point is that the individual laser pixels work. Scaling it up to a display with many pixels is not a problem", says Jörg Reitterer (TriLite Technologies and PhD-student in the team of Professor Ulrich Schmid at the Vienna University of Technology).

Every single 3D-Pixel (also called "Trixel") consists of lasers and a moveable mirror. "The mirror directs the laser beams across the field of vision, from left to right. During that movement the laser intensity is modulated so that different laser flashes are sent into different directions", says Ulrich Schmid. To experience the 3D effect, the viewer must be positioned in a certain distance range from the screen. If the distance is too large, both eyes receive the same image and only a normal 2D picture can be seen. The range in which the 3D effect can be experienced can be tuned according to the local requirements.

Hundreds of Images at Once

3D movies in the cinema only show two different pictures - one for each eye. The newly developed display, however, can present hundreds of pictures. Walking by the display, one can get a view of the displayed object from different sides, just like passing a real object. For this, however, a new video format is required, which has already been developed by the researchers. "Today's 3D cinema movies can be converted into our 3D format, but we expect that new footage will be created especially for our displays - perhaps with a much larger number of cameras", says Franz Fiedler, CTO of TriLite Technologies.

Compared to a movie screen, the display is very vivid. Therefore it can be used outdoors, even in bright sunlight. This is not only interesting for 3D-presentations but also for targeted advertisements. Electronic Billboards could display different ads, seen from different angles. "Maybe someone wants to appeal specifically to the customers leaving the shop across the street, and a different ad is shown to the people waiting at the bus stop", says Ferdinand Saint-Julien, CEO of TriLite Technologies. Technologically, this would not be a problem.

"We are very happy that the project was so successful in such a short period of time", says Ulrich Schmid. It took only three years to get from the first designs to a working prototype. The technology has now been patented and presented in several scientific publications. The second prototype should be finished by the middle of the year, the commercial launch is scheduled for 2016.