How Does A Machine Smell? Better Than It Did

Every odor has its own specific pattern which our noses are able to identify. Using a combination of proteins coupled to transistors, for the first time machines are able to differentiate smells that are mirror images of each other, so called chiral molecules, something that has not been possible before. 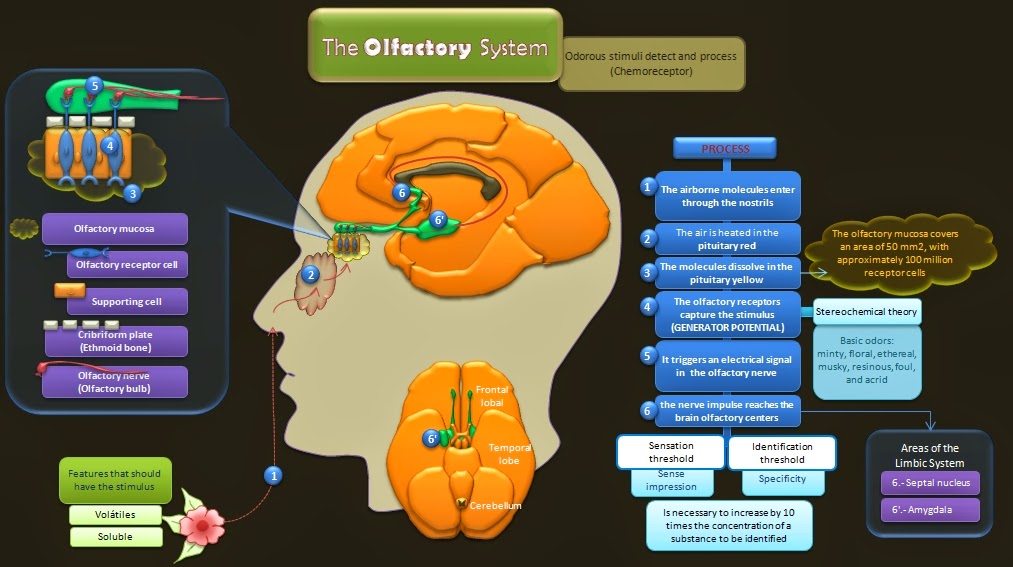 The development will allow the creation of a new generation of biosensors with an acute ability to sniff out problems. These could have many industrial uses such as telling when food has gone off, and they could even be accurate enough to smell how much pollution is in the atmosphere.

A collaboration of academics from The University of Manchester and the University of Bari in Italy, have created a biosensor that utilizes an odorant binding protein. The team's findings are published today in the journal Nature Communications.

Odorant binding proteins are found in the mucus of the nose, which work olfactory receptors helping us to create our perception of smell. The team have found a method of manufacturing these proteins in quantities that would allow them to be used in biosensors.

They have developed methods to change the way the proteins react so that they can recognize different types of chemicals. Using a type of transistor incorporating these proteins the scientists were able to measure the unique changes in current as the proteins reacted to odors, and record them. This is in effect the machine smelling the odor and then sending the message, which can then be decoded.

The system is incredibly sensitive with a detection limit that approaches that of the human nose.

Professor Krishna Persaud, lead author of the paper at The University of Manchester, said: "It has been challenging to get machines to be able to differentiate between smells that are mirror images of each other, which was a real barrier to creating machines which are able to smell as well or better than humans.

"Using the expertise of our colleagues at the University of Bari to couple these proteins to field effect transistors has allowed us to produce a new chemical sensor platform. Now we have done this it will allow much better sensors to be developed and these could have many uses in industry. We shall be able to create biosensors which are accurate enough to be able to tell when food has gone off, or even smell how much pollution is in the atmosphere."