Hostile Boss? Study Finds Advantages To Giving It Right Back

Employees feel less like victims when they return hostility

In a result that surprised researchers, a new study found that employees who had hostile bosses were better off on several measures if they returned the hostility. 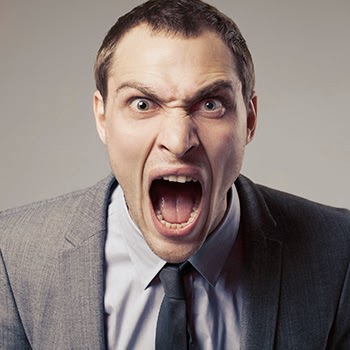 The study found that employees felt less like victims when they retaliated against their bad bosses and as a result experienced less psychological distress, more job satisfaction and more commitment to their employer.

"Before we did this study, I thought there would be no upside to employees who retaliated against their bosses, but that's not what we found," said Bennett Tepper, lead author of the study and professor of management and human resources at The Ohio State University's Fisher College of Business.

"The best situation is certainly when there is no hostility. But if your boss is hostile, there appears to be benefits to reciprocating. Employees felt better about themselves because they didn't just sit back and take the abuse."

Hostile bosses were ones who did things like yell at, ridicule and intimidate their workers.

Employees who returned hostility did it by ignoring their boss, acting like they didn't know what their bosses were talking about, and giving just half-hearted effort.

"These are things that bosses don't like and that fit the definition of hostility, but in a passive-aggressive form," Tepper said.

"I expect that you don't have too many employees yelling and screaming at their bosses."

The research, which was recently published online in the journal Personnel Psychology, involved data from two related studies that the researchers conducted.

In the first survey, the respondents completed a 15-item measure of supervisor hostility developed by Tepper in 2000. It asked participants to rate how often their supervisors did things like ridiculing them and telling them that their "thoughts and feelings are stupid."

The participants reported how often they retaliated by doing things like ignoring their supervisor.

Results showed that when bosses were hostile - but employees didn't retaliate - the workers had higher levels of psychological distress, less satisfaction with their jobs and less commitment to their employer.

However, those employees who returned the hostility didn't see those negative consequences, Tepper said.

But that study left unanswered the questions of why employees felt better if they returned their bosses' hostility and whether retaliation hurt their careers. As a result, the researchers conducted a second study, which involved an online survey of 371 people from across the country who were surveyed three times, each three weeks apart.

The first survey asked respondents many of the same questions as the first study. The second survey asked questions designed to test if the employees felt like a victim in their relationship with their boss.

In addition to other questions, the third survey asked employees about career outcomes, such as whether they had been promoted and whether they were meeting their income goals.

Results showed that employees who turned the hostility back on their bosses were less likely to identify themselves as victims - and were then less likely to report psychological distress and more likely to be satisfied with and committed to their jobs.

Of course, fighting against your boss may seem like a risky career move. "In this second study, we wanted to see if employees who retaliated against their bosses also reported that their career was damaged by their actions," Tepper said. "But in our survey anyway, employees didn't believe their actions hurt their career."

How can returning hostility not only help employees avoid psychological distress, but also allow them to remain committed to their employer and be more satisfied with their jobs?

Although this study didn't examine that issue directly, Tepper said he believes employees who fight back may have the admiration and respect of co-workers.

"There is a norm of reciprocity in our society. We have respect for someone who fights back, who doesn't just sit back and take abuse. Having the respect of co-workers may help employees feel more committed to their organization and happy about their job."

Tepper said the message from these findings shouldn't be that employees should automatically retaliate against a horrible boss.

"The real answer is to get rid of hostile bosses," he said. "And there may be other responses to hostile bosses that may be more beneficial. We need to test other coping strategies."

Tepper conducted the study with Marie Mitchell of the University of Georgia; Dana Haggard of Missouri State University; Ho Kwong Kwan of the Shanghai University of Finance and Economics; and Heeman Park of Ohio State.