Earth’s earliest primates have taken a step up in the world, now that researchers have gotten a good look at their ankles. 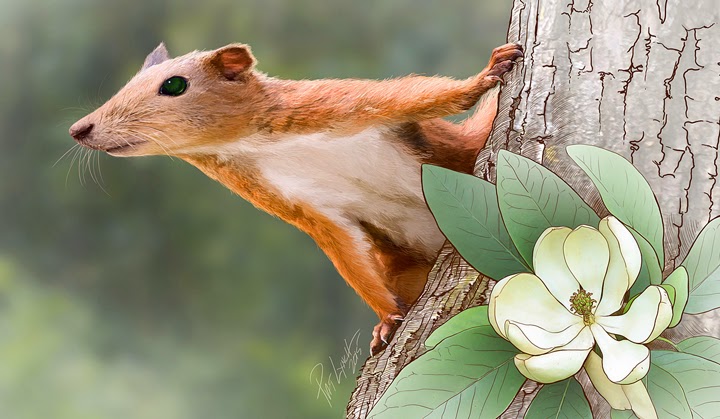 A new study has found that Purgatorius, a small mammal that lived on a diet of fruit and insects, was a tree dweller. Paleontologists made the discovery by analyzing 65-million-year-old ankle bones collected from sites in northeastern Montana.

Purgatorius, part of an extinct group of primates called plesiadapiforms, first appears in the fossil record shortly after the extinction of non-avian dinosaurs. Some researchers have speculated over the years that primitive plesiadapiforms were terrestrial, and that primates moved into the tree canopy later. These ideas can still be found in some textbooks today.

“The textbook that I am currently using in my biological anthropology courses still has an illustration ofPurgatorius walking on the ground. Hopefully this study will change what students are learning about earliest primate evolution and will place Purgatorius in the trees where it rightfully belongs,” said Stephen Chester, the paper’s lead author. Chester, who conducted much of the research while at Yale University studying for his Ph.D., is an assistant professor at Brooklyn College, City University of New York. Chester is also a curatorial affiliate at the Yale Peabody Museum of Natural History.

Until now, paleontologists had only the animal’s teeth and jaws to examine, which left much of its appearance and behavior a mystery. The identification of Purgatorius ankle bones, found in the same area as the teeth, gave researchers a better sense of how it lived.

“The ankle bones have diagnostic features for mobility that are only present in those of primates and their close relatives today,” Chester said. “These unique features would have allowed an animal such asPurgatorius to rotate and adjust its feet accordingly to grab branches while moving through trees. In contrast, ground-dwelling mammals lack these features and are better suited for propelling themselves forward in a more restricted, fore-and-aft motion.”

The research provides the oldest fossil evidence to date that arboreality played a key role in primate evolution. In essence, said the researchers, it implies that the divergence of primates from other mammals was not a dramatic event. Rather, primates developed subtle changes that made for easier navigation and better access to food in the trees.

The research appears in the Jan. 19 online edition of the Proceedings of the National Academy of Sciences.

The paper’s co-authors are Jonathan Bloch of the Florida Museum of Natural History at the University of Florida, who also contributed to the research as an Edward P. Bass Distinguished Visiting Environmental Scholar in the Yale Institute for Biospheric Studies; Doug Boyer of Duke University; and William Clemens of the University of California Museum of Paleontology, who collected fossils of Purgatorius and geological data over the past four decades with members of his field crews in Montana.