An international team of scientists has discovered the earliest known engravings from human ancestors on a 400,000 year-old fossilised shell from Java.

The discovery is the earliest known example of ancient humans deliberately creating pattern.

“It rewrites human history,” said Dr Stephen Munro from the School of Archaeology and Anthropology.

“This is the first time we have found evidence for Homo erectus behaving this way,” he said.

The newly discovered engravings resemble the previously oldest-known engravings, which are associated with either Neanderthals or modern humans from around 100,000 years ago.

The early date and the location of the discovery in Java discount the possibility that the engravings could have been the work of Neanderthals or modern humans.

“It puts these large bivalve shells and the tools used to engrave them, into the hands of Homo erectus, and will change the way we think about this early human species,” Dr Munro said.

It is unclear whether the pattern was intended as art or served some practical purpose.

The zig-zag pattern engravings were only recently discovered on fossilised mussel shells, which had been collected 100 years ago. 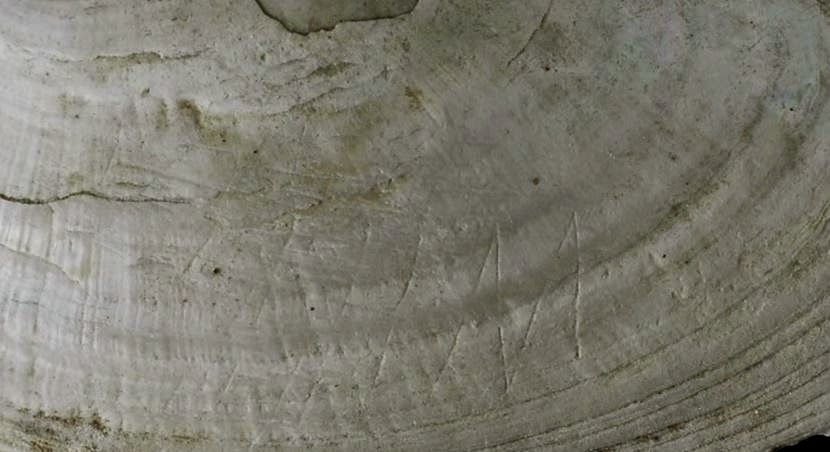 Dr Munro visited the Netherlands to study the collection, gathered by the discoverer of Homo erectus, Eugene Dubois, in Java in the late 19th Century.

However, he did not notice the markings on the fossils until he examined photographs he had taken, once back at ANU.

“It was a eureka moment. I could see immediately that they were man-made engravings. There was no other explanation,” Dr Munro said.

Following the discovery, an international team worked to establish the exact date of the shell, using two different methods to arrive at the final result of between 430,000 and 540,000 years old.

Dr Munro and friends examine the Homo erectus skull at the School of Archaeology and Anthropology. 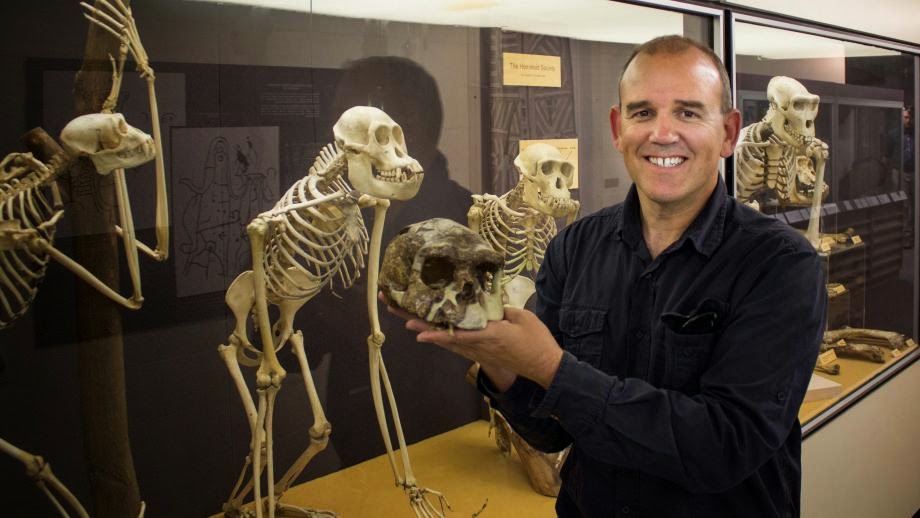 The team found that Homo erectus opened the shells by drilling a hole through the shell with a shark’s tooth, exactly at the point where the muscle is attached. Damaging muscles this way causes the valves of the shell to open, so that the contents can be eaten.

“It’s evidence that Homo erectus exploited these aquatic food resources, and fits with other evidence that they probably foraged in and around water,” Dr Munro said.

The discovery is published in Nature.