In life the animal was a 'balloon' shape and was covered in spines, but the squashed fossil resembles a bird's nest

This image shows the whole of Nidelric pugio, a little over 9 cm long.

A rare 520 million year old fossil shaped like a 'squashed bird's nest' that will help to shed new light on life within Earth's ancient seas has been discovered in China by an international research team - and will honour the memory of a University of Leicester scientist who passed away earlier this year.

The research team behind the discovery was led by Professor Xianguang Hou from the Yunnan Key Laboratory for Palaeobiology at Yunnan University in China with collaboration from the Universities of Leicester and Oxford.

The fossil, from Chengjiang in southern China, is of a probable 'chancelloriid', a group of bizarre, balloon-shaped animals with an outer skeleton of defensive spines. The animal was flattened during the fossilisation process so that it looks like a squashed bird's nest.

Funded by the National Science Foundation in China and the Royal Society in the UK, the research team named the species Nidelric pugio to honour the late Professor Richard Aldridge, an internationally renowned palaeontologist and keen ornithologist formerly of the University of Leicester's Department of Geology and a scientist who was a world leader in Chengjiang fossil research.

This image shows part of the margin of Nidelric pugio, showing the individual spines each a few mm long. 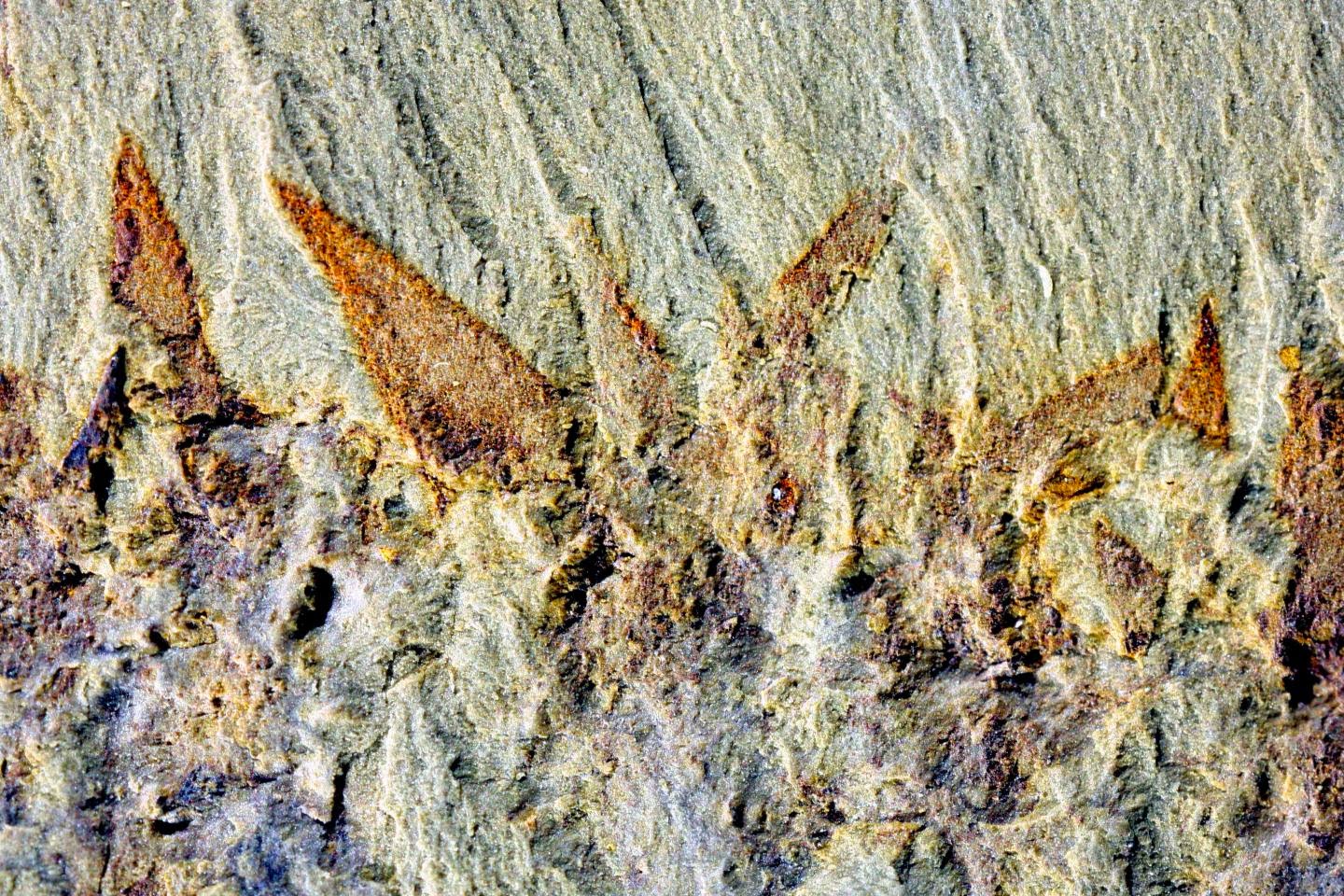 The name of the fossil is derived from the Latin Nidus, meaning 'bird's nest' or 'fancied resemblance to' and adelric, derived from the Old English personal name 'Aedelic' - 'adel' meaning 'noble' and 'ric' meaning 'a ruler'- which is a source for the name Aldridge.

Dr Tom Harvey from the University of Leicester, a co-author of the paper, said: "There is only one fossil of this enigmatic animal after 30 years of collecting by our Chinese colleagues at Chengjiang. It is exceptionally rare, but it shows us just how strange and varied the shapes of early animals could be.

"We are glad the fossil can honour the name of Professor Richard Aldridge, who was a leader in this field and whose research was vital in better understanding the rich tapestry of fossils found at Chengjiang."

In southern China, rocks 520 million years old in Chengjiang County, Yunnan Province yield a diverse array of fossils preserved with traces of their soft anatomy, including their legs, eyes, guts and even brains.

Amongst the fossils are many animals that can be related to modern forms, including distant relatives of arthropods such as crabs and lobsters, and a wide variety of worms.

There are also several enigmatic fossils that don't seem to fit in with anything living today, and amongst these are the chancelloriids.

These fossils provide an unprecedented view of life in Earth's ancient seas.

Tom Hearing, a PhD student from the Department of Geology who is working on the skeletons of Cambrian fossils, added: "We usually only get the broken-up remains of ancient animal skeletons. With this specimen we can see how all the different parts of the skeleton stuck together. It tells us much about how early animals functioned, how they might have interacted with other animals, and how they might have protected themselves from predators."