Were Neanderthals A Sub-Species Of Modern Humans?

Disappearance of Neanderthals Likely the Result of Competition from Homo sapiens, and Not from Poor Adaptation to Cold

In an extensive, multi-institution study led by SUNY Downstate Medical Center, researchers have identified new evidence supporting the growing belief that Neanderthals were a distinct species separate from modern humans (Homo sapiens), and not a subspecies of modern humans.

Neanderthal man from the National Museum of Nature and Science. 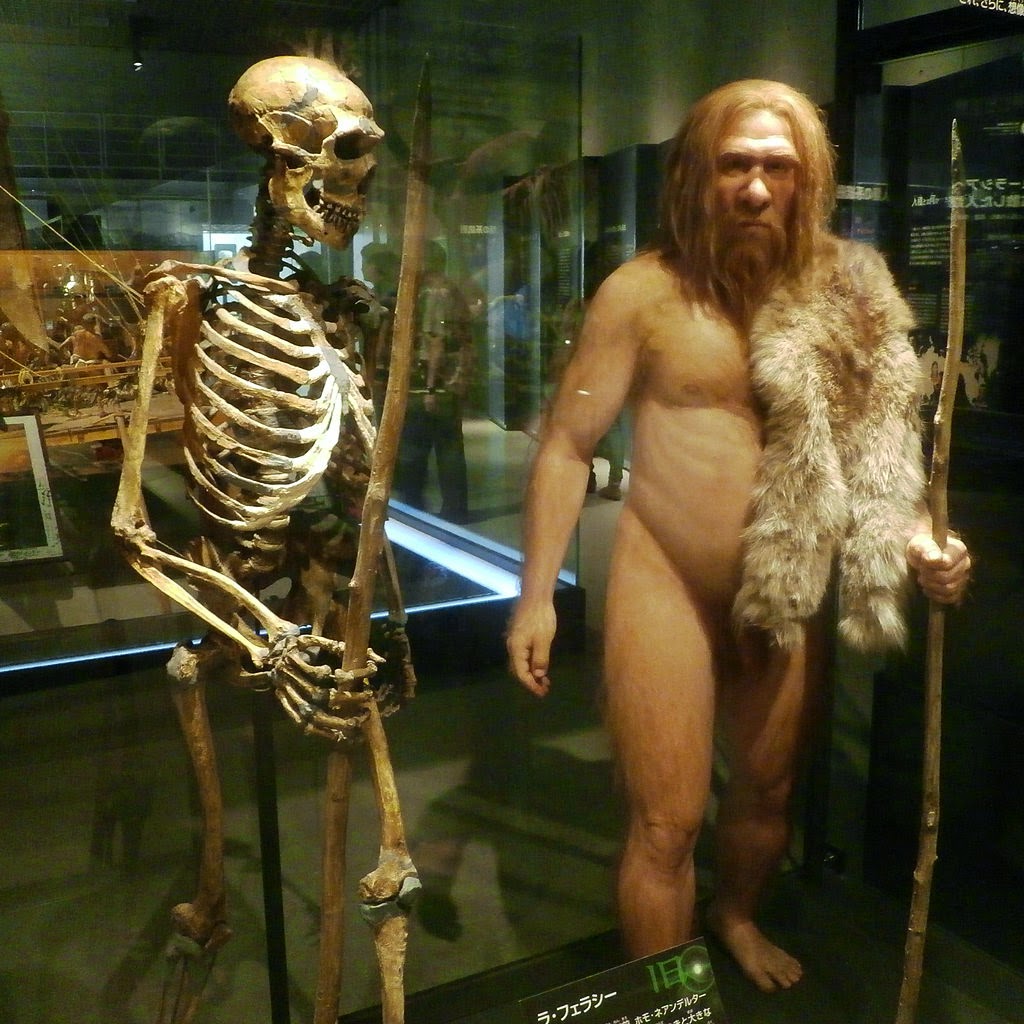 Samuel Márquez, PhD, associate professor and co-discipline director of gross anatomy in SUNY Downstate’s Department of Cell Biology, and his team of specialists published their findings on the Neanderthal nasal complex in the November issue of The Anatomical Record, which is part of a special issue on The Vertebrate Nose: Evolution, Structure, and Function (now online).

They argue that studies of the Neanderthal nose, which have spanned over a century and a half, have been approaching this anatomical enigma from the wrong perspective. Previous work has compared Neanderthal nasal dimensions to modern human populations such as the Inuit and modern Europeans, whose nasal complexes are adapted to cold and temperate climates.

However, the current study joins a growing body of evidence that the upper respiratory tracts of this extinct group functioned via a different set of rules as a result of a separate evolutionary history and overall cranial bauplan (bodyplan), resulting in a mosaic of features not found among any population of Homo sapiens. Thus Dr. Márquez and his team of paleoanthropologists, comparative anatomists, and an otolaryngologist have contributed to the understanding of two of the most controversial topics in paleoanthropology – were Neanderthals a different species from modern humans and which aspects of their cranial morphology evolved as adaptations to cold stress.

“The strategy was to have a comprehensive examination of the nasal region of diverse modern human population groups and then compare the data with the fossil evidence. We used traditional morphometrics, geometric morphometric methodology based on 3D coordinate data, and CT imaging,” Dr. Márquez explained.

Anthony S. Pagano, PhD, anatomy instructor at NYU Langone Medical Center, a co-author, traveled to many European museums carrying a microscribe digitizer, the instrument used to collect 3D coordinate data from the fossils studied in this work, as spatial information may be missed using traditional morphometric methods. “We interpreted our findings using the different strengths of the team members,” Dr. Márquez said, “so that we can have a ‘feel’ for where these Neanderthals may lie along the modern human spectrum.”

Co-author William Lawson, MD, DDS, vice-chair and the Eugen Grabscheid research professor of otolaryngology and director of the Paleorhinology Laboratory of the Icahn School of Medicine at Mount Sinai, notes that the external nasal aperture of the Neanderthals approximates some modern human populations but that their midfacial prognathism (protrusion of the midface) is startlingly different. That difference is one of a number of Neanderthal nasal traits suggesting an evolutionary development distinct from that of modern humans. Dr. Lawson’s conclusion is predicated upon nearly four decades of clinical practice, in which he has seen over 7,000 patients representing a rich diversity of human nasal anatomy.

Distinguished Professor Jeffrey T. Laitman, PhD, also of the Icahn School of Medicine and director of the Center for Anatomy and Functional Morphology, and Eric Delson, PhD, director of the New York Consortium in Evolutionary Primatology or NYCEP, are also co-authors and are seasoned paleoanthropologists, each approaching their fifth decade of studying Neanderthals. Dr. Delson has published on various aspects of human evolution since the early 1970's.

Dr. Laitman states that this article is a significant contribution to the question of Neanderthal cold adaptation in the nasal region, especially in its identification of a different mosaic of features than those of cold-adapted modern humans. Dr. Laitman’s body of work has shown that there are clear differences in the vocal tract proportions of these fossil humans when compared to modern humans. This current contribution has now identified potentially species-level differences in nasal structure and function.

Dr. Laitman said, “The strength of this new research lies in its taking the totality of the Neanderthal nasal complex into account, rather than looking at a single feature. By looking at the complete morphological pattern, we can conclude that Neanderthals are our close relatives, but they are not us.”

Ian Tattersall, PhD, emeritus curator of the Division of Anthropology at the American Museum of Natural History, an expert on Neanderthal anatomy and functional morphology who did not participate in this study, stated, “Márquez and colleagues have carried out a most provocative and intriguing investigation of a very significant complex in the Neanderthal skull that has all too frequently been overlooked.” Dr. Tattersall hopes that “with luck, this research will stimulate future research demonstrating once and for all that Homo neanderthalensis deserves a distinctive identity of its own.”

The article in The Anatomical Record is entitled, “The Nasal Complex of Neanderthals: An Entry Portal to their Place in Human Ancestry.” It is available online at:http://onlinelibrary.wiley.com/doi/10.1002/ar.23040/full.

This research was supported by the following grants, awarded to Mount Sinai: NSF-SBR9634519 and NSFBCS -1128901 from the National Science Foundation; and NIH 1 F31DC00255-01 from the National Institute on Deafness and Other Communication Disorders (NIDCD), part of the National Institutes of Health (NIH). The content is solely the responsibility of the authors and does not necessarily represent the official views of the NIH and NSF. Analysis and additional data collection were performed at SUNY Downstate.
on November 20, 2014