Researchers at the University of Liverpool’s Institute of Infection and Global Health have found that screening for Ebola at airports could be an effective method for preventing the spread of the disease into the UK and US, but due to the long incubation period of the virus, screening won’t detect all cases.

Published in the Lancet medical journal, the study used a mathematical model to test the probability of infected travellers from West Africa entering the UK and US. 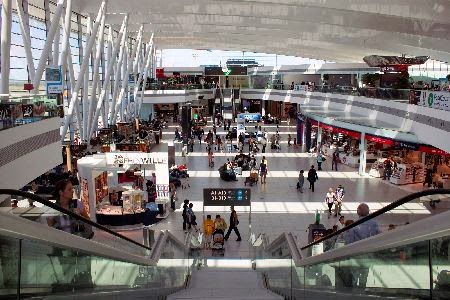 The team examined the current growth rate of the epidemic in West Africa alongside airline travel patterns to predict how many people with Ebola are likely to attempt to fly.

The research showed that approximately 29 Ebola infected people are expected to try and leave West Africa by the end of the year and 10 would be likely to display signs of the infection that could be picked up by airport screening.

Of the remaining 19 passengers only one or two would be expected to fly to the UK and up to three to the US. It is thought that one of these passengers would have developed virus symptoms by the time they arrive in the UK or USA.

Epidemiologist, Dr Jonathan Read, said: “We developed a mathematical model to consider how long people incubate the virus alongside how likely airline passengers are to be infected. “From this we were able to estimate that 10 of the 29 people likely to leave West Africa via airports this year would have symptoms of the disease and so could be detected at exit screening.”

The model showed that one or two passengers may not be detected at screening, but that a single case in the UK or US would not lead to the situation in West Africa, due to better control measures in these countries.

Researchers highlighted, however, that the most effective way to restrict Ebola’s global spread is to control the disease at the source in West Africa.

Professor Tom Solomon, head of the Institute of Infection and Global Health, added: “This research shows that entry screening can reduce the overall chances of Ebola being brought into the UK, but that some infected passengers may still get through undetected.

“Even if we do see a case of Ebola that has not been detected at airport screening we have a good chance of stopping the spread of the infection.”

Contacts and sources:
University of Liverpool