Mission Could Unlock Secrets Of The Universe

A team of Cardiff University researchers have made a breakthrough in helping scientists discover hundreds of black holes throughout the universe.

When two detectors are switched on in the US next year, the Cardiff team hope their research will help scientists pick up the faint ripples of black hole collisions millions of years ago, known as gravitational waves.

Scientists using a speed-gun technique typical of the highway patrol have clocked three separate clumps of hot iron gas whipping around a black hole at 20,000 miles per second. That's over 10 percent of light speed. The observation, made with the European Space Agency's XMM-Newton satellite, marks the first time scientists could trace individual blobs of shredded matter on a complete journey around a black hole 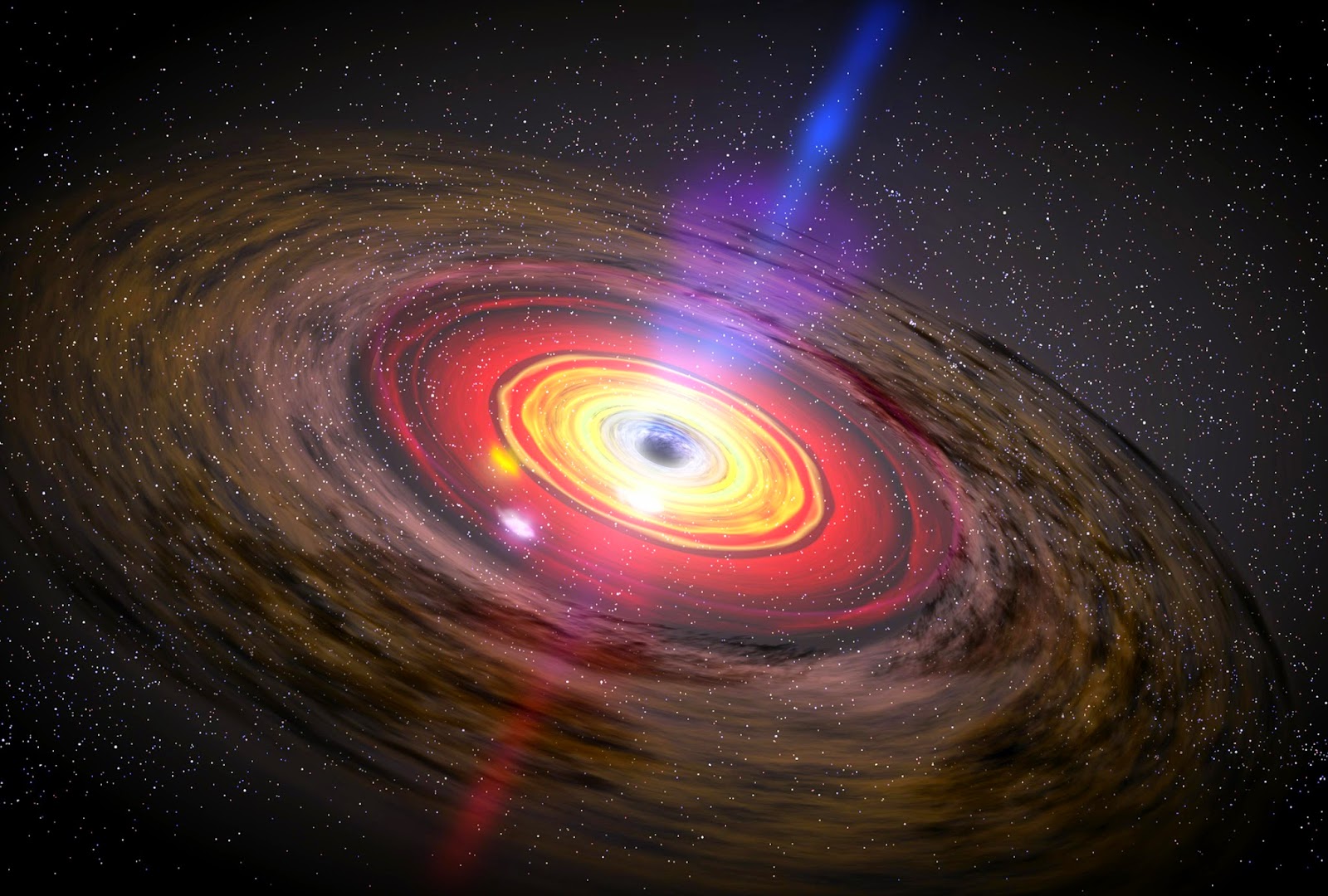 Black holes cannot be seen, but scientists hope the revamped detectors - which act like giant microphones - will find remnants of black hole collisions.

Led by Dr Mark Hannam from the School of Physics and Astronomy, the researchers have built a theoretical model which aims to predict all potential gravitational-wave signals that might be found by the detectors.

The Cardiff researchers hope it will act as a 'spotters' guide' to help scientists working with the giant LIGO detectors recognise the right waveforms and reveal the secrets of how black holes orbit into each other and collide.

Dr Hannam said: "The rapid spinning of black holes will cause the orbits to wobble, just like the last wobbles of a spinning top before it falls over. These wobbles can make the black holes trace out wild paths around each other, leading to extremely complicated gravitational-wave signals. Our model aims to predict this behaviour and help scientists find the signals in the detector data."

The Cardiff team, which includes postdoctoral researchers, PhD students, and collaborators from universities in Europe and the United States, will work with scientists across the world as they attempt to unravel the origins of the Universe.

Dr Hannam added: "Sometimes the orbits of these spinning black holes look completely tangled up, like a ball of string. But if you imagine whirling around with the black holes, then it all looks much clearer, and we can write down equations to describe what is happening. It's like watching a kid on a high-speed spinning amusement park ride, apparently waving their hands around. From the side lines, it's impossible to tell what they're doing. But if you sit next to them, they might be sitting perfectly still, just giving you the thumbs up."

The new model has been programmed into the computer codes that LIGO scientists all over the world are preparing to use to search for black-hole mergers when the detectors switch on. But there is still more work to do.

"So far we've only included these precession effects while the black holes spiral towards each other," said Dr Hannam. "We still need to work our exactly what the spins do when the black holes collide."

For that they need to perform large computer simulations to solve Einstein's equations for the moments before and after the collision. They'll need to produce many simulations to capture enough combinations of black-hole masses and spin directions to understand the overall behaviour of these complicated systems.

Dr Hannam is optimistic. "For years we were stumped on how to untangle the black-hole motion. Now that we've solved that, we know what to do next."

Time is running out. Once the detectors switch on, it will only be a matter of time before the first gravitational-wave detections are made. The calculations that Dr Hannam and his colleagues are producing have to be ready in time to make the most of them.