A team of UK researchers has shed new light on the climate of the Little Ice Age, and rekindled debate over the role of the sun in climate change. The new study, which involved detailed scientific examination of a peat bog in southern South America, indicates that the most extreme climate episodes of the Little Ice Age were felt not just in Europe and North America, which is well known, but apparently globally. The research has implications for current concerns over ‘Global Warming’. 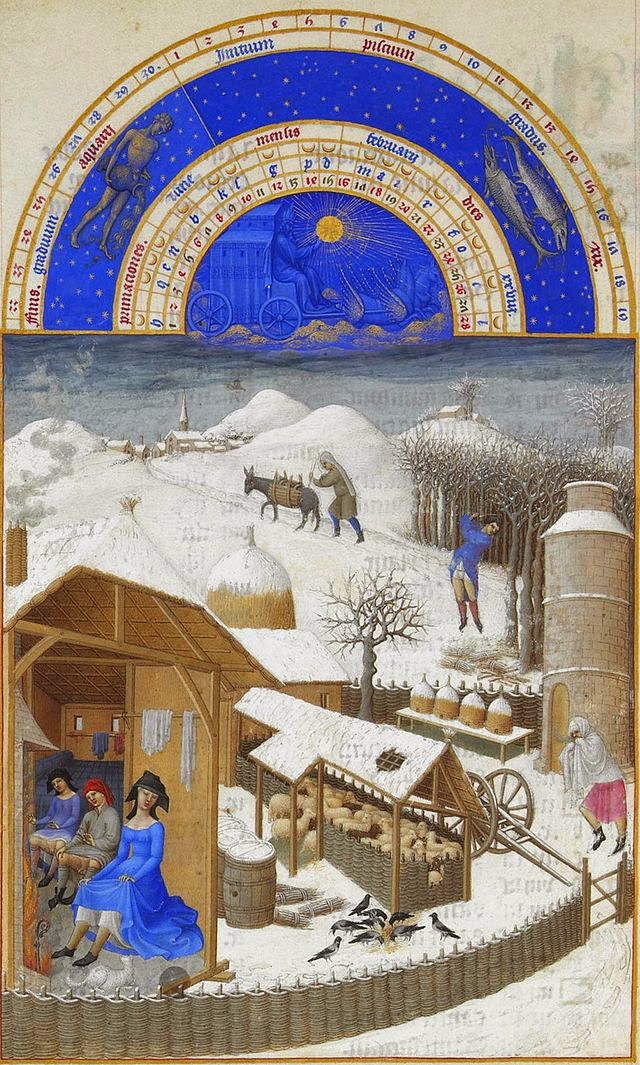 Climate sceptics and believers of Global Warming have long argued about whether the Little Ice Age (from c. early 15th to 19th Centuries) was global, its causes, and how much influence the sun has had on global climate, both during the Little Ice Age and in recent decades. This new study helps clarify those debates.

The team of researchers, from the Universities of Gloucestershire, Aberdeen and Plymouth, conducted studies on past climate through detailed laboratory examination of peat from a bog near Ushuaia, Tierra del Fuego. They used exactly the same laboratory methods as have been developed for peat bogs in Europe.

Two principal techniques were used to reconstruct past climates over the past 3000 years: at close intervals throughout a vertical column of peat, the researchers investigated the degree of peat decomposition, which is directly related to climate, and also examined the peat matrix to reveal the changing amounts of different plants that previously grew on the bog.

The data show that the most extreme cold phases of the Little Ice Age—in the mid-15th and then again in the early 18th centuries—were synchronous in Europe and South America. There is one stark difference: while in continental north-west Europe, bogs became wetter, in Tierra del Fuego, the bog became drier—in both cases probably a result of a dramatic equator-ward shift of moisture-bearing winds.

These extreme times coincide with periods when it is known that the sun was unusually quiet. In the late 17th to mid-18th centuries it had very few sunspots—fewer even than during the run of recent cold winters in Europe, which other UK scientists have linked to a relatively quiet sun.

Professor Frank Chambers, Head of the University of Gloucestershire’s Centre for Environmental Change and Quaternary Research, who led the writing of the Fast-Track Research Report, said:

“Both skeptics and adherents of Global Warming might draw succor from this work. Our study is significant because, while there are various different estimates for the start and end of the Little Ice Age in different regions of the world, our data show that the most extreme phases occurred at the same time in both the Northern and Southern Hemispheres. These extreme episodes were abrupt global events. They were probably related to sudden, equator-ward shifts of the Westerlies in the Southern Hemisphere, and the Atlantic depression tracks in the Northern Hemisphere. The same shifts seem to have happened abruptly before, such as c. 2800 years ago, when the same synchronous but opposite response is shown in bogs in Northwest Europe compared with southern South America.

“It seems that the sun’s quiescence was responsible for the most extreme phases of the Little Ice Age, implying that solar variability sometimes plays a significant role in climate change. A change in solar activity may also, for example, have contributed to the post Little Ice Age rise in global temperatures in the first half of the 20th Century. However, solar variability alone cannot explain the post-1970 global temperature trends, especially the global temperature rise in the last three decades of the 20th Century, which has been attributed by the Inter-Governmental Panel on Climate Change (IPCC) to increased concentrations of greenhouse gases in the atmosphere.”

Professor Chambers concluded: “I must stress that our research findings are only interpretable for the period from 3000 years ago to the end of the Little Ice Age. That is the period upon which our research is focused. However, in light of our substantiation of the effects of ‘grand solar minima’ upon past global climates, it could be speculated that the current pausing of ‘Global Warming’, which is frequently referenced by those skeptical of climate projections by the IPCC, might relate at least in part to a countervailing effect of reduced solar activity, as shown in the recent sunspot cycle.” 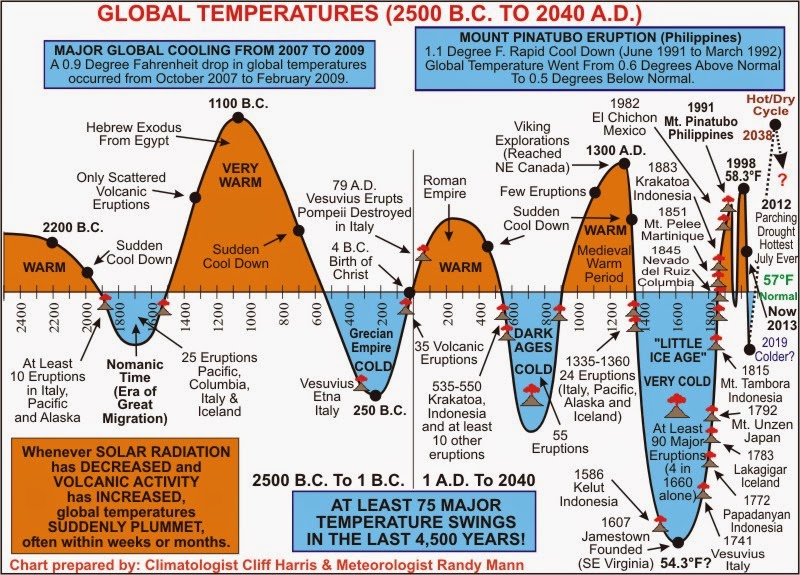 Contacts and sources:
University of Gloucestershire
on November 22, 2014