Deep-Earth Carbon Offers Clues About Origin of Life on Earth

New findings by a Johns Hopkins University-led team reveal long unknown details about carbon deep beneath the Earth’s surface and suggest ways this subterranean carbon might have influenced the history of life on the planet.

The team also developed a new, related theory about how diamonds form in the Earth’s mantle.

For decades scientists had little understanding of how carbon behaved deep below the Earth’s surface even as they learned more and more about the element’s vital role at the planet’s crust. Using a model created by Johns Hopkins geochemist Dimitri Sverjensky, Sverjensky, Vincenzo Stagno of the Carnegie Institution of Washington and Fang Huang, a Johns Hopkins graduate student, became the first to calculate how much carbon and what types of carbon exist in fluids at 100 miles below the Earth’s surface at temperatures up to 2,100 degrees F. 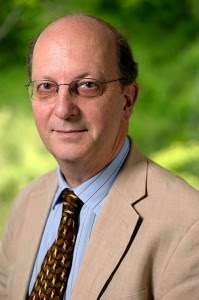 In an article published this week in the journal Nature Geoscience, Sverjensky and his team demonstrate that in addition to the carbon dioxide and methane already documented deep in subduction zones, there exists a rich variety of organic carbon species that could spark the formation of diamonds and perhaps even become food for microbial life.

“It is a very exciting possibility that these deep fluids might transport building blocks for life into the shallow Earth,” said Sverjensky, a professor in the Department of Earth and Planetary Sciences. “This may be a key to the origin of life itself.”

Sverjensky’s theoretical model, called the Deep Earth Water model, allowed the team to determine the chemical makeup of fluids in the Earth’s mantle, expelled from descending tectonic plates. Some of the fluids, those in equilibrium with mantle peridotite minerals, contained the expected carbon dioxide and methane. But others, those in equilibrium with diamonds and eclogitic minerals, contained dissolved organic carbon species including a vinegar-like acetic acid.

These high concentrations of dissolved carbon species, previously unknown at great depth in the Earth, suggest they are helping to ferry large amounts of carbon from the subduction zone into the overlying mantle wedge where they are likely to alter the mantle and affect the cycling of elements back into the Earth’s atmosphere.

The team also suggested that these mantle fluids with dissolved organic carbon species could be creating diamonds in a previously unknown way. Scientists have long believed diamond formation resulted through chemical reactions starting with either carbon dioxide or methane. The organic species offer a range of different starting materials, and an entirely new take on the creation of the gemstones.

The research is part of a 10-year global project to further understanding of carbon on Earth called the Deep Carbon Observatory. The work is funded by the Alfred P. Sloan Foundation.